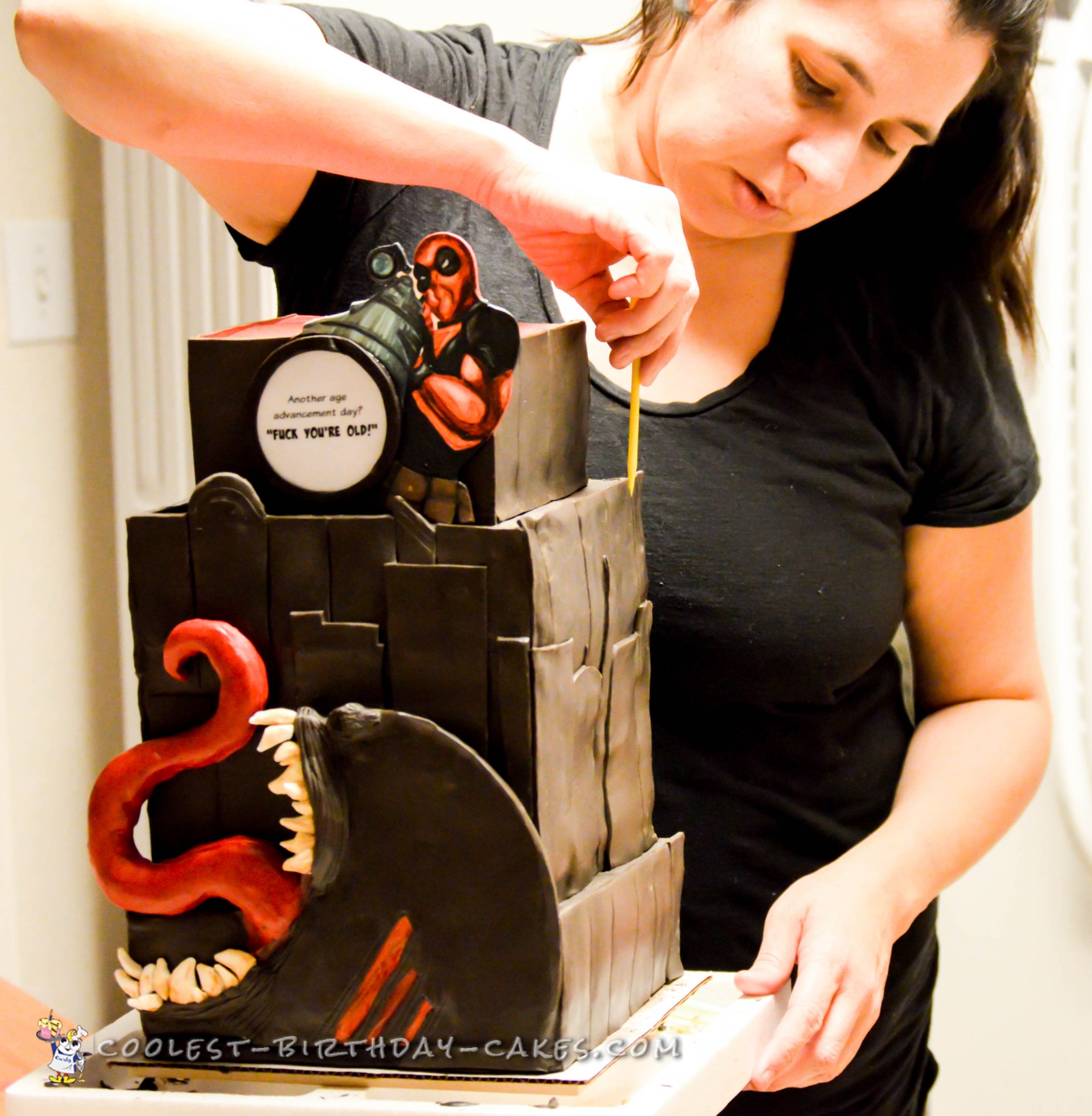 This Venom and Spiderman cake was a delight to make.  I used the structural directions from Sugar Geek Show with the flange and plastic pipes.  I cut out of wood and hand painted a sewer hole.  Then I built the square cake sheets on top (double barrel style).

The whole cake was covered in Ganache and then I used Chocolate modeling rectangular pieces that I embossed to create a cityscape.  I highlighted a few accents with edible metallic silver paint.  Deadpool, Spiderman, 40 number and part of the Venom character was cut out of gumpaste and hand-painted.  The Venom character’s tongue was made from modeling chocolate and the teeth were cut and shaped from white chocolate then paint painted with royal icing glazes.

Originally this cake was supposed to be just rolled our large rectangular pieces of modeling chocolate but I had changed my mind to cut individual pieces because I thought it would look better; and it did.  Having made that change also changed my timing!  Good thing I am a GREAT planner and had no hiccups and the ones I did have were minimal and not a concern, it just cost me MY extra time.

MY favorite part of the cake was FINISHING it, then secondly would be the hand painted pieces.  I really loved how the characters came to life when I painted the sugar on and added glazes.  Upon the unvailing at the suprise party, my customers mouths dropped and the kids squeeled! You would have thought the characters were alive in the box.  They said by far it was the coolest thing they had ever seen.  To this day it IS my favorite cake.