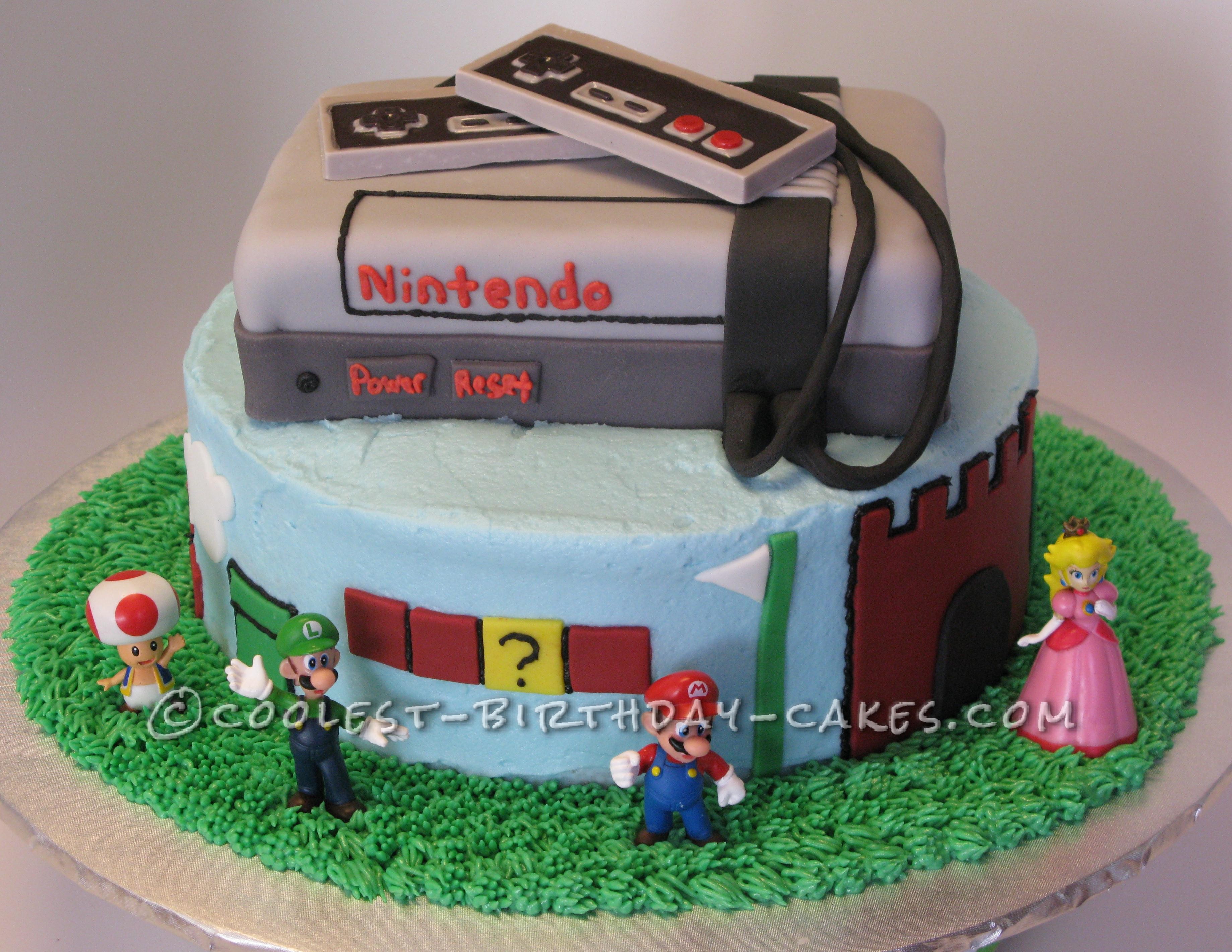 As a kid, one of my favorite memories with my middle brother was playing Super Mario Brothers with him, so when his birthday came around this year, I decided to decorate it from those memories. I got a head start on this a couple of days before I made the cake.  The controllers are made out of chocolate, and I used a mold to make these.  The Nintendo is made out of rice krispie treats, covered with icing and fondant.  I just used the store bought rice krispie treats, and I believe there are 12 1/2 of them in here to get that rectangular shape.

It is completely covered with fondant, and I hand wrote the words with red icing, drawing the black lines with black icing.  The cords are also made out of fondant, attached with icing.  There are two dowel rods in the cake to prevent the Nintendo from sinking into the cake.  All of the background cutouts are made out of fondant, and were made ahead of time and stored in an airtight container so they were still somewhat flexible when they were put on the cake.  Black icing was traced in between the bricks and used to help accent some of the colors a little better to make them stand out.

The cake is a 3 layer 9 inch yellow cake covered with cream cheese icing. I actually mixed the standard decorator icing with a little bit of the store bought cream cheese icing to make it smoother than the regular cream cheese icing, but also to add a little flavor to the decorator part of the outside. I was so excited to take this over to my brother’s house for our family gathering.

When I walked in, it was a slow reaction.  He did a double-take, then just continued to stare at it in awe.  “What’s that made of?  How about that?  How in the world did you do THAT?  So I could eat everything on this cake if I wanted to?”  He insisted on getting his phone to take pictures, even though I offered to send him the pictures that I already took.  He wanted authentic pictures of his own on his phone.  This made me chuckle, and I got a big bear hug from him.  He may have squeezed a good bit of air out of my lungs, but it was well worth the reaction.  The funniest part was when one of my friends on Facebook saw the pictures of the cake, and said, “That is the best kids’ cake I’ve ever seen!”  He’s definitely still a kid…just a BIG one. 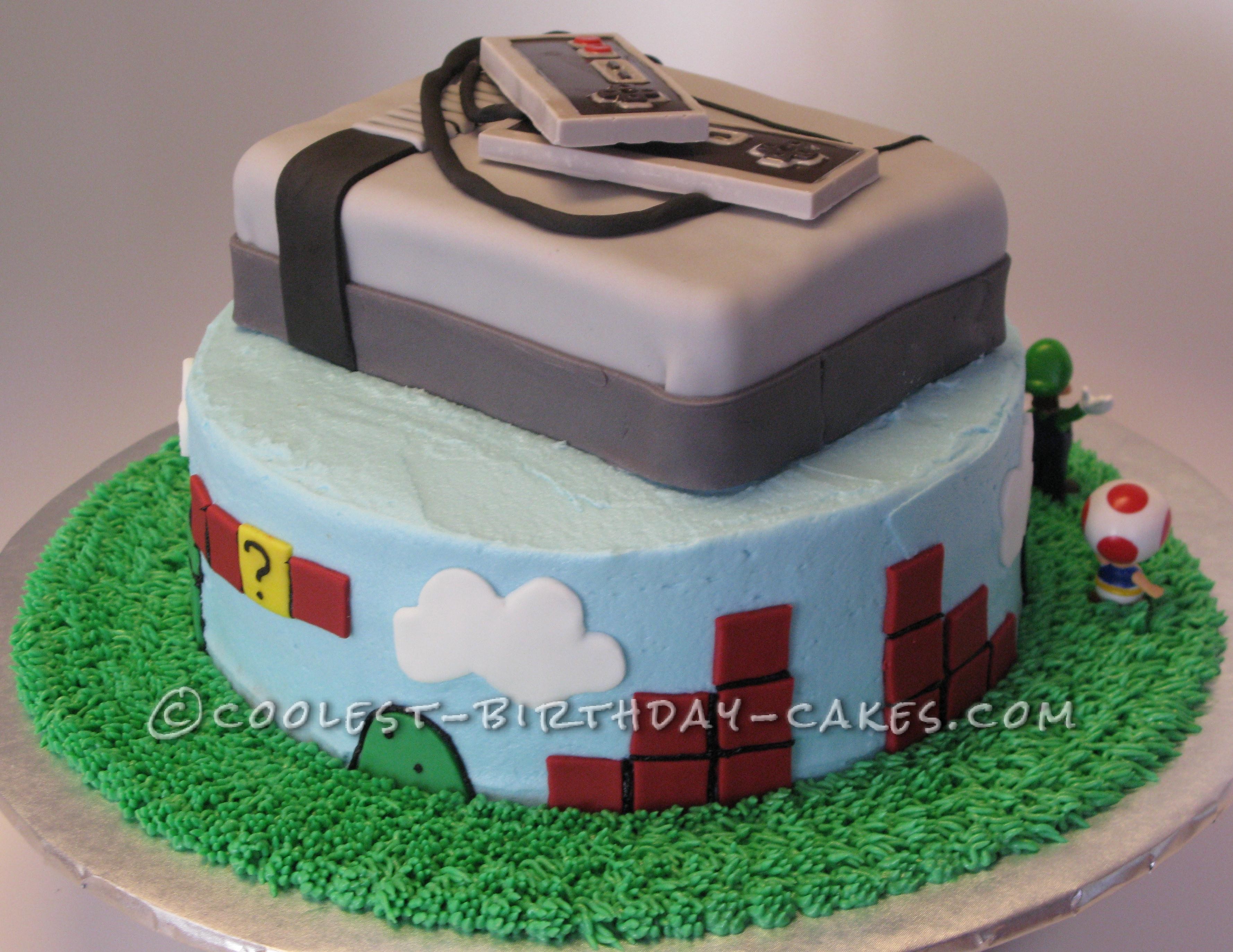