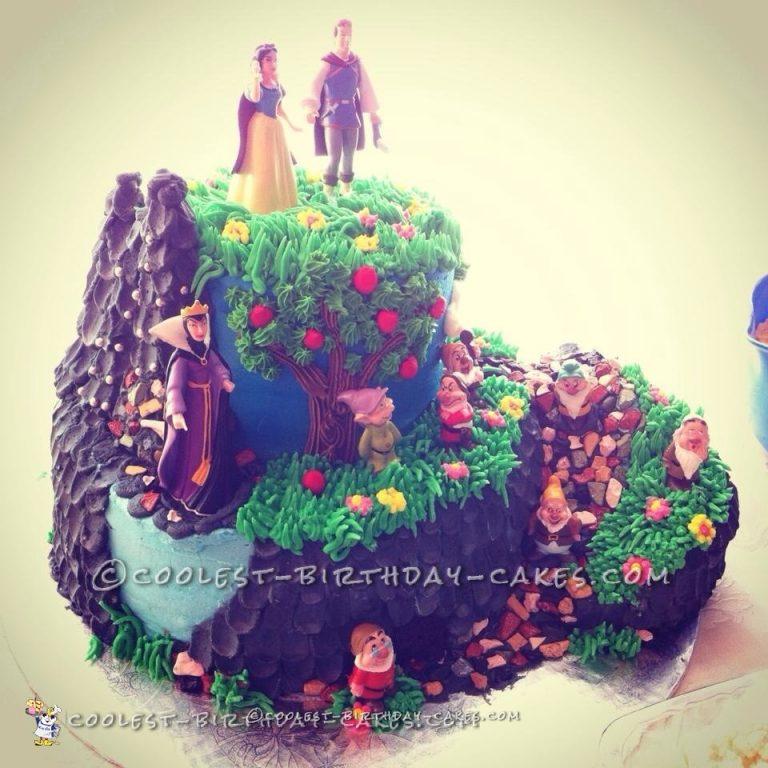 This cake was inspired by my beautiful 4 year old princess. Last year, on a visit to DisneyLand, she fell completely in love with Snow White so we decided that her next birthday would be a Snow White theme. I searched high and low for cool cake ideas, but nothing seemed to interest me. There were a ton of red, yellow and blue fondant cakes, but nothing that incorporated the dwarfs (and I am not a huge fan of the taste of fondant, so I wanted to use butter cream).

So one day, while walking in Walmart, I discovered these adorable little figurines and decided I was just going to wing it and see how it would turn out. I aimed for a two-tier cake. The base was 10″ and I baked three different cakes, all vanilla but colored red, yellow and blue so there was a nice surprise when you cut in to it. The top cake was a 6″ cake made of chocolate. I had left over chocolate batter so I had made another 6″ chocolate cake in case I decided to do something with it. I started with the base and thought I could make a mine with the dwarfs and perhaps use the extra cake to build a path for them to walk on from the forest to the mine.

The discovery of chocolate rocks made this pathway a huge success. I began by decorating both cakes with a crumb coat of different shades of blue for the sky. After using the petal icing echnique to create the rock look of the mine, I used some chocolate rock candy to add a bit of detail. I immediately began adding the grass with the grass tip and started putting the dwarves on before I even added the 2 layer. It really started coming together.

I added the second layer and started by adding the evil queen and her castle by using ice cream cones decorated with icing. I then added the apple trees, clouds and all of the remaining grass. Once I placed Snow White and the Prince on the top, I finished the cake by adding the flower accents all in the grass and the cake was complete. I really wanted to be sure that there was a lot of attention to detail. My little princess and all of her guests were blown away with the cake…so much so that they didn’t want me to cut it and eat it. 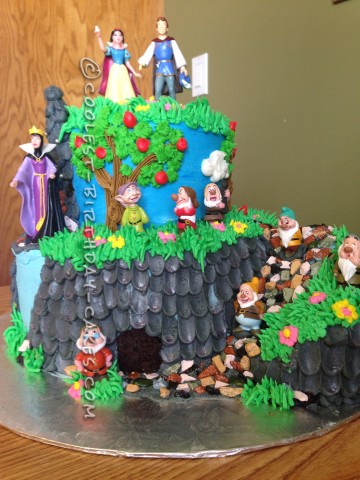 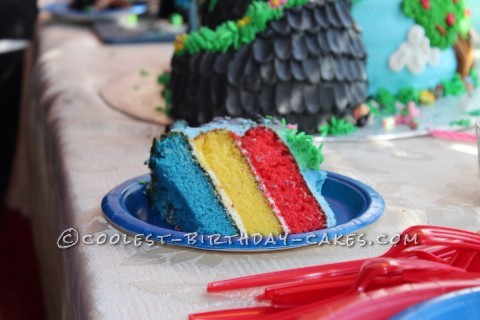 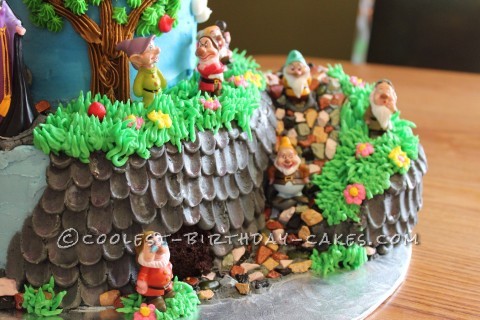 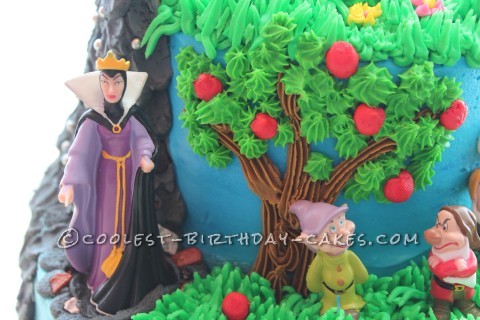 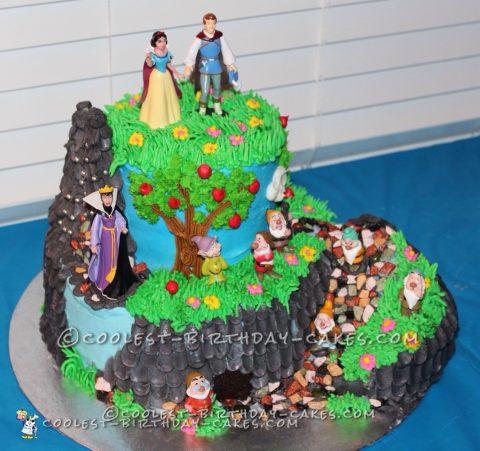 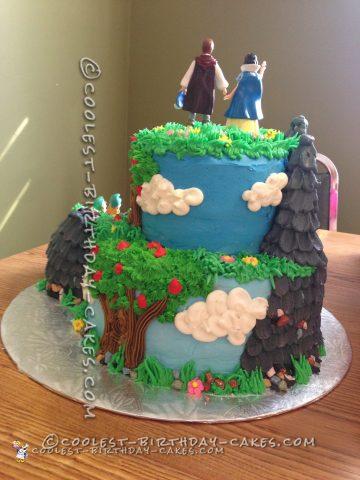 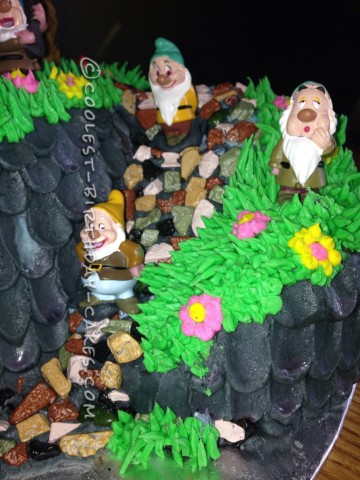