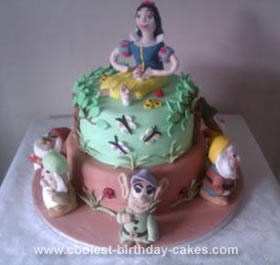 This Snow White and the Seven Dwarfs cake is a two tier cake, bottom cake is a 10 inch 3 layer chocolate and chocolate butter icing. The top layer is a 8 inch 4 layer vanilla sponge and vanilla butter icing. All covered in royal icing.

Small green strands of icing placed together to make grass placed around the two tiers. Three trees are placed around the top tier which is icing for the trunk and leaves, bee, butterflies, ladybirds around the sides of the cakes all made from icing. Snow white, Dopey, Doc, Bashful, Sleepy, Sneezy, Happy, Grumpy, all made from gum paste, image of the characters taken from the internet colouring all the icing to match images of each dwarf and Snow White.

Make arms an hands and glue together. Also place a cocktail stick from the top of arm to be placed onto body once dried. Now make shoes, again making a hole into them with a cocktail stick. Once all dried, place edible glue around the joints and put together having the cocktail stick holding them into place.

Snow White, again make in part, head, neck and chest, skirt arms, the top of arms placing cocktail stick where to be joined together and once dried glued and held into place. 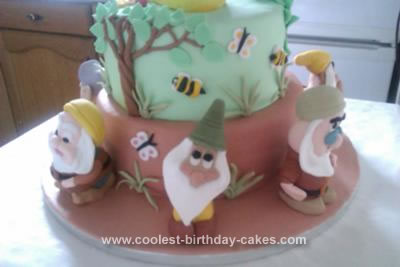 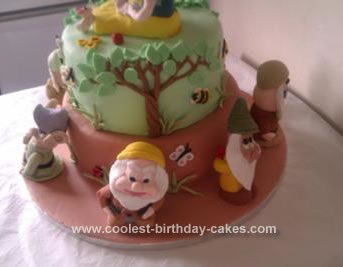 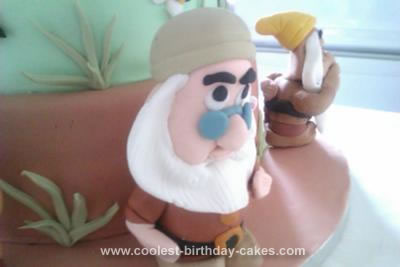