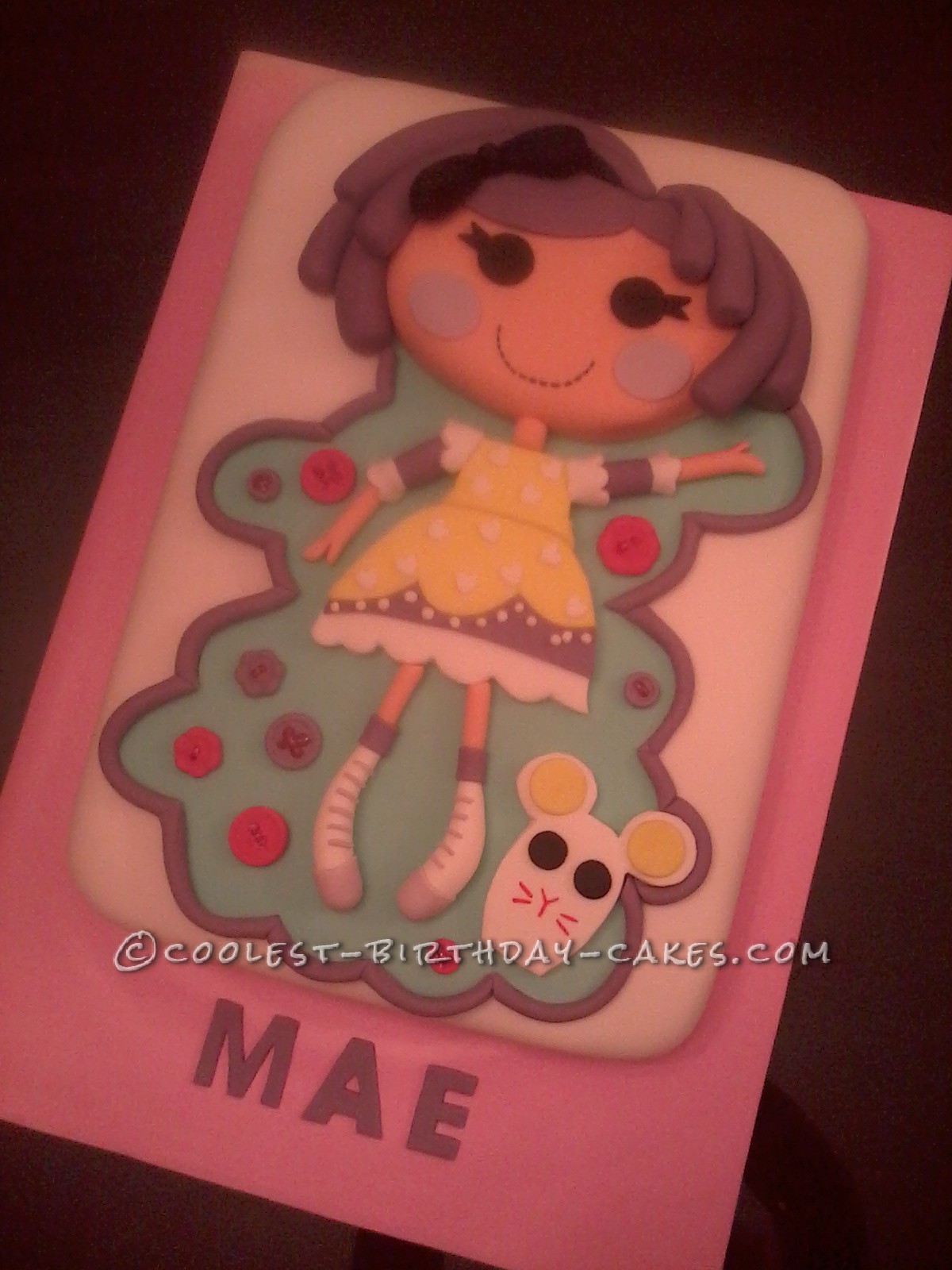 LaLaLoopsy is a sort of rag doll which is very famous here in Malta. A lady phoned me and wanted a Lalaloopsy cake for her daughter. She saw a plastic topper on a website which could be laid on top of a rectangular cake but when she tried to purchase it, she realized that the shipping costs would be too expensive since the seller was from the USA so it wasn’t worth it.

I told her that I would try to replicate the plastic topper but instead of plastic it would be all edible. First of all I baked a big rectangular cake and covered it with white fondant. After that, I laid a piece of turquoise colored fondant and covered nearly all the surface of the cake with it and cut out the edges in a wavy pattern. Then I prepared different amounts of colored fondant to re-create the Lalaloopsy doll. I molded the dress first, then molded her legs and her hands and glued everything onto the cake with some edible glue.

When it came to the head, I realized that I needed quite a large amount of fondant because her head is very big so I had an idea. When I trimmed the cake and removed the part which had risen, I cut out an oval piece from it and covered it with flesh colored fondant and ‘voila’, the head is ready and it’s a cake too! I molded some pieces of purple fondant into cylindrical shapes for the hair and did all the other small decorations like the hairband, her face, the polka dots on her dress, the shoes, etc..

I also did the little mouse on her side with a piece of white fondant and molded some pink and purple buttons which I put all around Lalaoopsy.

I really had fun doing this cake because I got the feeling of creating and dressing a doll like I used to do when I was a little girl playing with my rag doll. The birthday girl was enthusiastic with her cake and her mother told me that my Lalaloopsy was even better than the plastic topper! and I bet that it was tastier too!