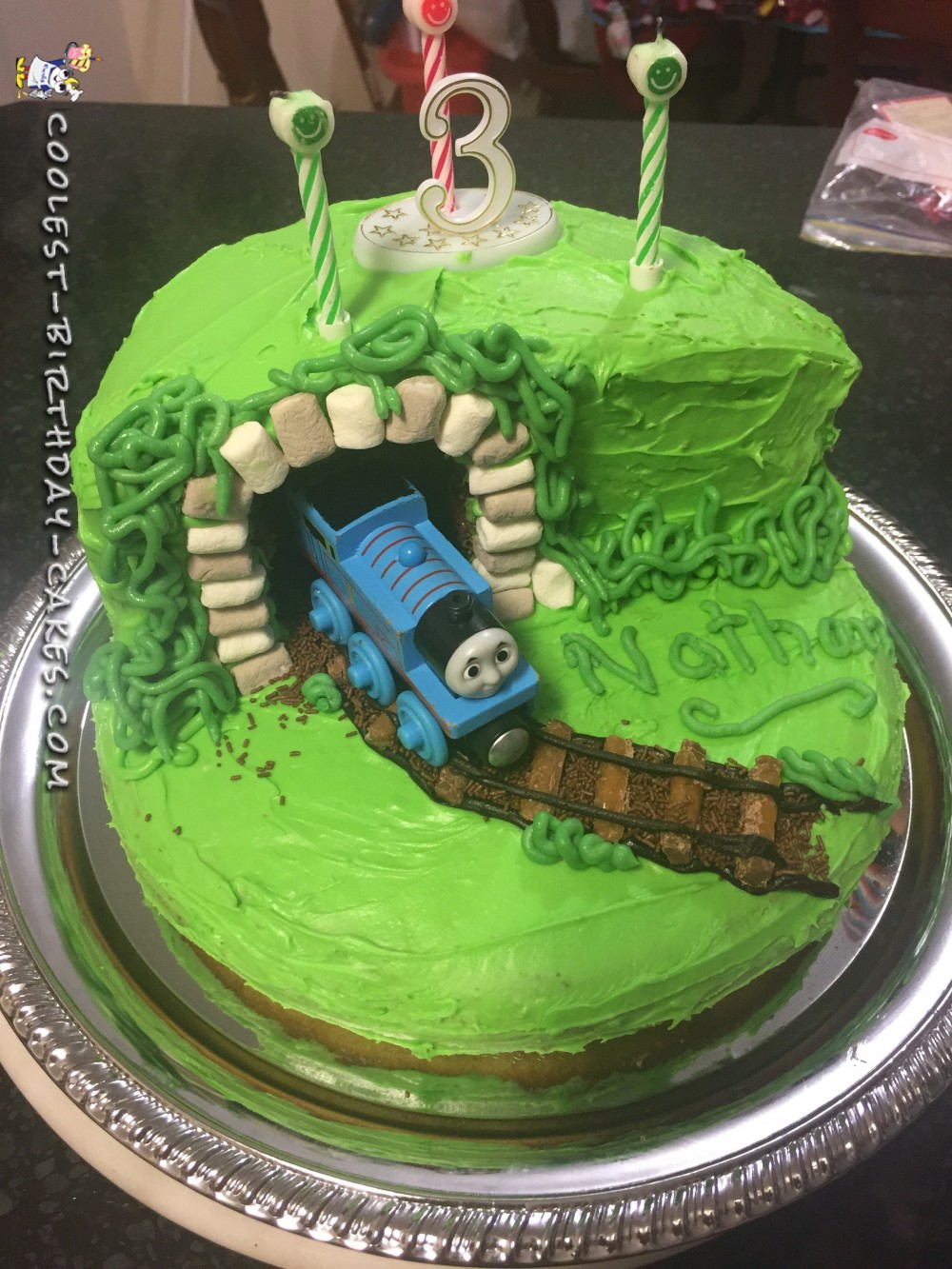 My 3 year old wanted a Thomas the Tank Engine cake with a tunnel.  He also wanted a green cake!

To make his cake I used two batches of simple buttercake mix and coloured each batch pale green. One cake was in a 25cm round springform and the top cake was a 20cm springform.

I used simple buttercream frosting coloured in a light green to seal the larger bottom layer of cake and set in fridge while assembling the top two layers of the cake.

With the second smaller cake I cut in half and leveled the rounded top so that the cake should sat flat on top of each other.  Using Nutella I filled and secured the layers with wooden skewers or dowel. Using a small knife I cut out the tunnel.  Using Nutella again I covered the tunnel and used the buttercream to seal the rest of the cake, Before setting in fridge to set.

Taking the chilled bottom layer out of the fridge I covered with buttercream and roughly smoothed the icing.  Taking the top layers I placed them on top of base and secured with the skewers used to stabilize the layers earlier.

I covered the rest of the cake with the green buttercream frosting.  Taking a small amount of buttercream I added more green colouring and put it into a piping bag with a small round tip. I used mini marshmallows (vanilla and chocolate) to make the bricks for the tunnel and the dark green frosting to add vines and grass details around the tunnel and track.

Instead of making a fondant train, I chose to use my sons favourite wooden train as a prop. Add a few candles and his name with the piped buttercream and it was finished! 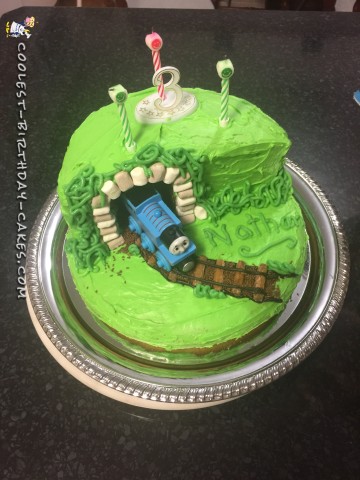 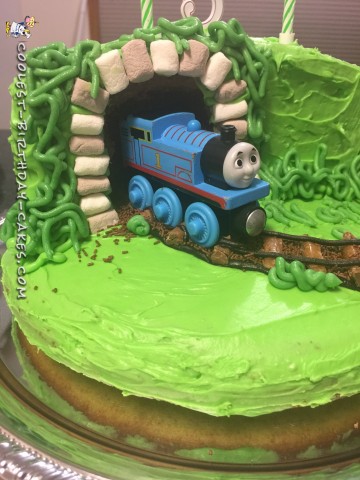 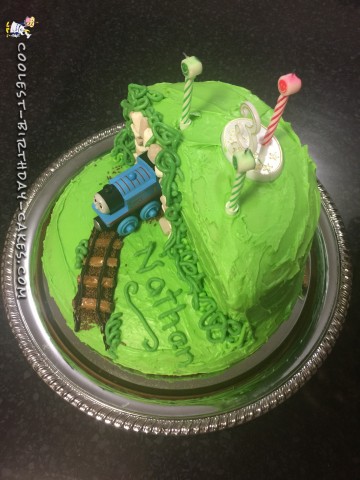 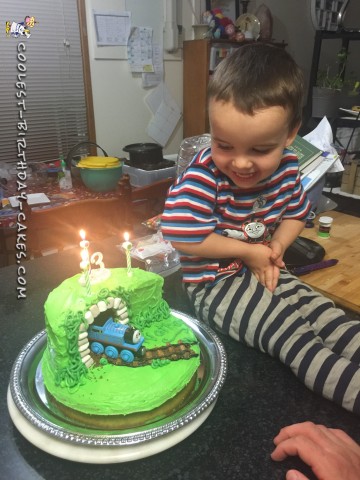