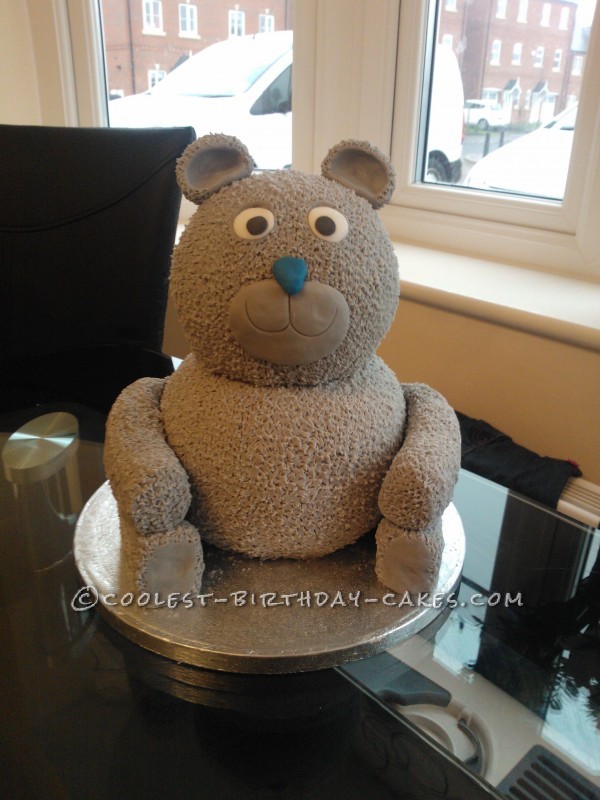 This baby shower Tatty Teddy cake was produced  for a friend’s baby shower. I had previously made a smaller cake topper version of the bear out of sugar paste, which gave me the idea to produce this larger cake version. To make the body and head I used hemisphere cake tins, one medium and one small.

The cake was made from a lemon sponge mixture and covered with lemon butter cream. Rice crispy bars were molded to make both the arms and legs, which were covered with icing and held in place with cocktail sticks. To create the texture of the teddy I made tiny cuts with scissors all over body, head and arms (but not the muzzle and inside of the ears). Make sure you have plenty of time and patience as this took about 3 hours! A cake dowel was used to attach the head. Although time consuming the effort is well worth it and I personally feel that the outcome is fantastic as everyone could not believe it was a cake.