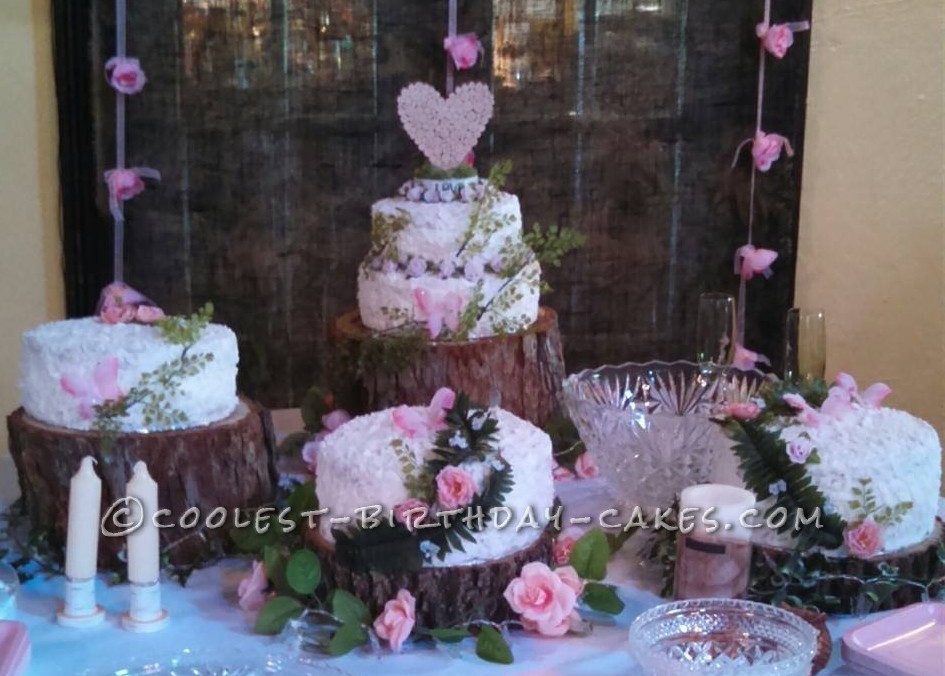 These wedding cakes with silk flowers were my first attempt at making cake for a wedding. I always said I would never make a wedding cake.

I began making cakes for my own kids birthdays and have since branched out to making cakes for family and friends. Except for some beginners basic tips from my step mom, I am internet/self taught. So, when a friend of ours approached me and asked if I would make his wedding cake, I initially told him no (4 times to be exact). The cake is such an important feature of a wedding and I was so afraid I would somehow make a mess of it, but I finally gave in when he said it would be easy and nothing real fancy. Also, it was becoming painfully obvious that he wasn’t going to give up!

After getting all of the details and getting my own questions answered, ideas began to form. It became even easier when the groom’s mom bought extra decorations that were going to be used in the reception hall to use on the cake. I was even more excited when they chose to go with separate cakes and only one tiered.

The cakes were all two layer ten inch cakes. The top layer was eight inches and all four cakes were different flavors. I used homemade buttercream icing and began by crumb coating the cakes. After they dried, I put a thicker layer of icing on and somewhat smoothed it to make sure it was even with an off set spatula. Then I swirled that same spatula around the fresh icing to give it a rough look.  Last, I placed all the silk embellishments on the cakes. I was able to transport them without incident and the whole process was surprisingly easier than I thought it would be.

I think the cakes turned out beautiful. I received many compliments, but I am not sure I’m ready to tackle another one anytime soon! 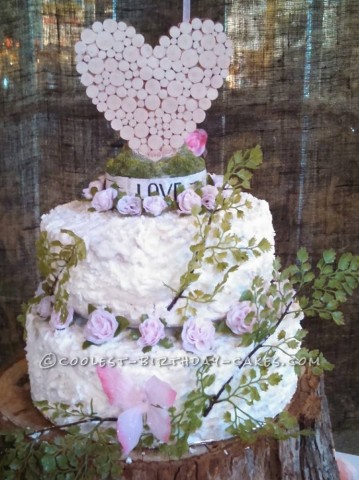 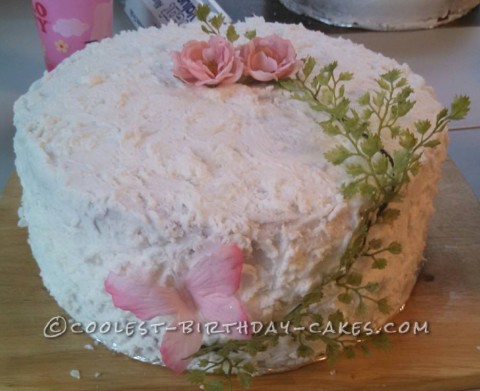 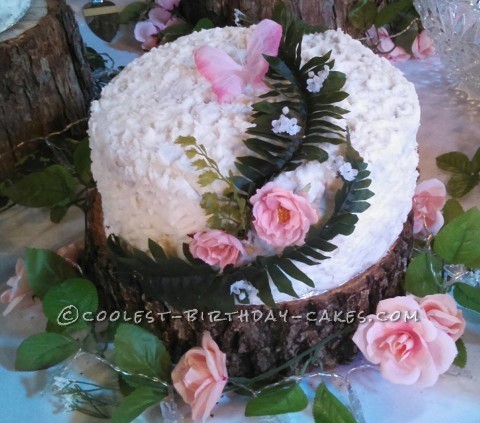 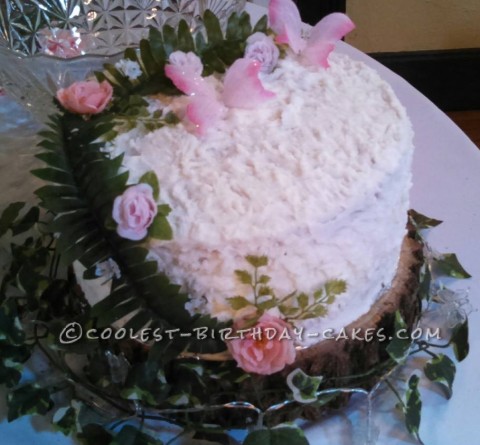