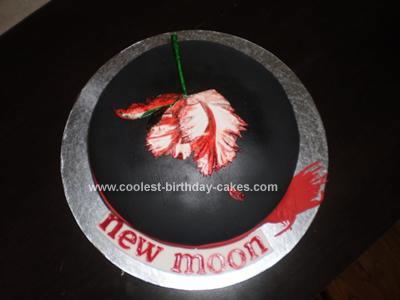 A friend asked me to make a Twilight New Moon Cake for a movie party she was having. Here is the short version: It was a 9″ round cake, 2 layers, filled with buttercream icing and covered with black fondant, wrapped with a strip of red fondant. The ruffled tulip is was cut from gumpaste … Read more 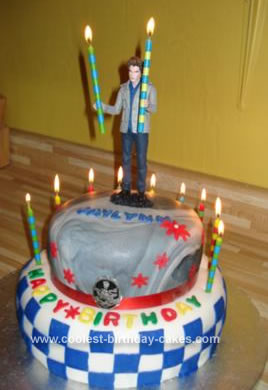 I made this for my boyfriend’s niece Jaylynn, for her 11th birthday. She is a super Edward Cullen fan and we wanted to surprise her. She had a big party at the fire hall with lots of her friends and she never had a clue what the cake looked like until everyone started to sing … Read more 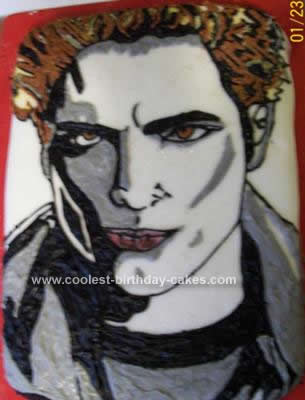 I really wanted to say that I did a Twilight cake. My birthday was coming up so I thought why not make a Edward Cullen from Twilight Birthday Cake for my own birthday. I first baked a 2 layer cake, iced it in buttercream icing, then rolled out the fondant to cover the cake. I … Read more 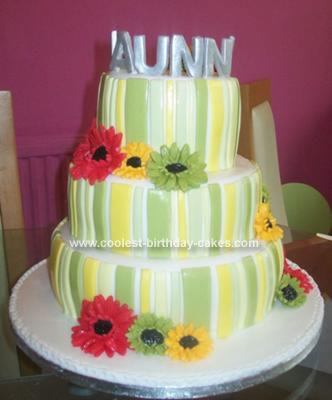 I was asked to make a copy of Bella’s Birthday cake from the Twilight Film for an 18th birthday cake. They wanted the girl’s name put on instead of Bella’s name. I am really pleased with the end product of this Twilight Cake. 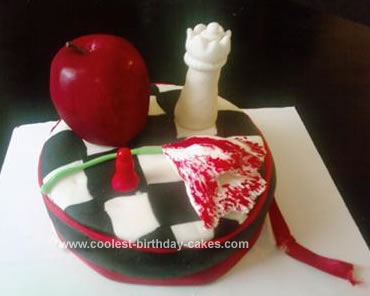 My friend wanted to know if I would make her a homemade twilight birthday cake, being a fan I was so excited! I bought the plastic apple and ribbon. I used marshmallow fondant which you can find the recipe for on youtube. I love it, it gives you the clean look that fondant gives you … Read more 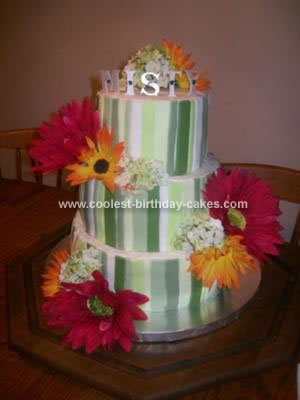 I had a picture of the Twilight Birthday Cake from the movie to look at and try to copy. I baked two 10 in. rounds, two 8 in. rouds and two 6 in. rounds. I frosted and stacked the cakes as you would a wedding cake. Wooden dowels in the 10 and 8 in. cakes. … Read more 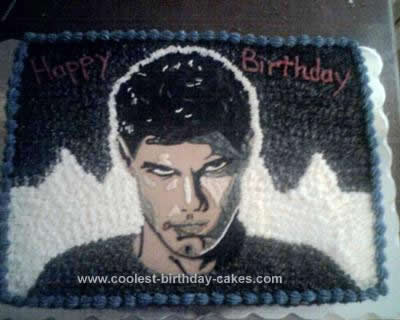 My daughter was turning three and all she talked about was Jacob. She had to have a Jacob Black from New Moon Cake and party. I had already made an Edward cake but my heart wasn’t into Jacob so I think it isn’t as good, but she knew who it was! This is an 11 … Read more 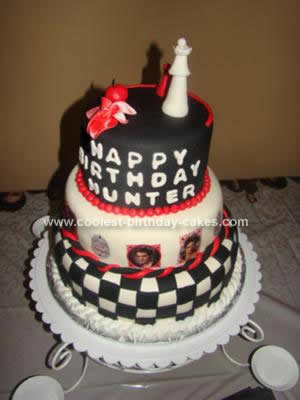 I made this Twilight Birthday Cake for my daughter’s 12th birthday. It was a 3 tiered cake. Each tier was different cake. Bottom was marbled chocolate/vanilla, middle layer was chocolate and the top was banana flavoured. It was covered with homemade marshmallow fondant. The black icing is modelling chocolate. The bottom layer checkerboard represents the … Read more

I helped my 13 year old, Twilight obsessed niece make this Homemade Twilight Cake. It is a two layer 6″ cake, and we used the red icing between the layers also. We used a lemon cake mix and made lemon flavored icing. She piped the black border using a star tip, I wrote the word … Read more 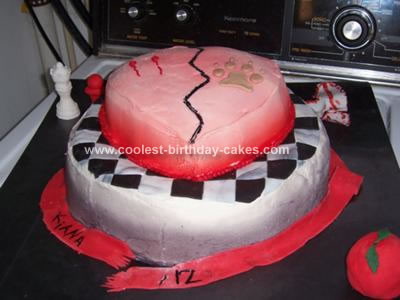 My niece was turning 12 and asked if I could make her a birthday cake based and the twilight book series, so I thought why not and came up with this. I started by making (2) round cakes and (2) heart shaped pan cakes. I then filled the layers with cream, and covered them in … Read more 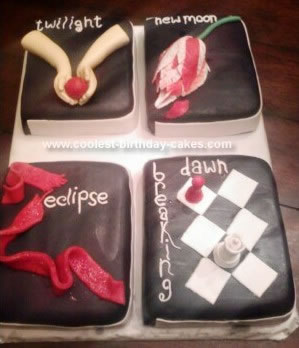 I’ve been making a few cakes on the side and a girl from work has a 15 year old who is diehard Twilight fan. She asked if I could do something for her birthday that was Twilight related. So we came up with this homemade Twilight birthday cake idea. The inside of the cake is … Read more 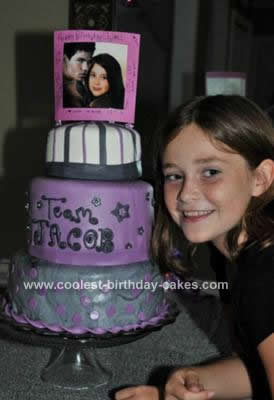 My daughter was the envy of her friends this year because her 10th birthday fell on the midnight release for Eclipse, the third movie of the Twilight series. She, like many of her friends is totally “Team Jacob”. So we did a werewolf themed party. I had a hard time finding a “Team Jacob” cake … Read more