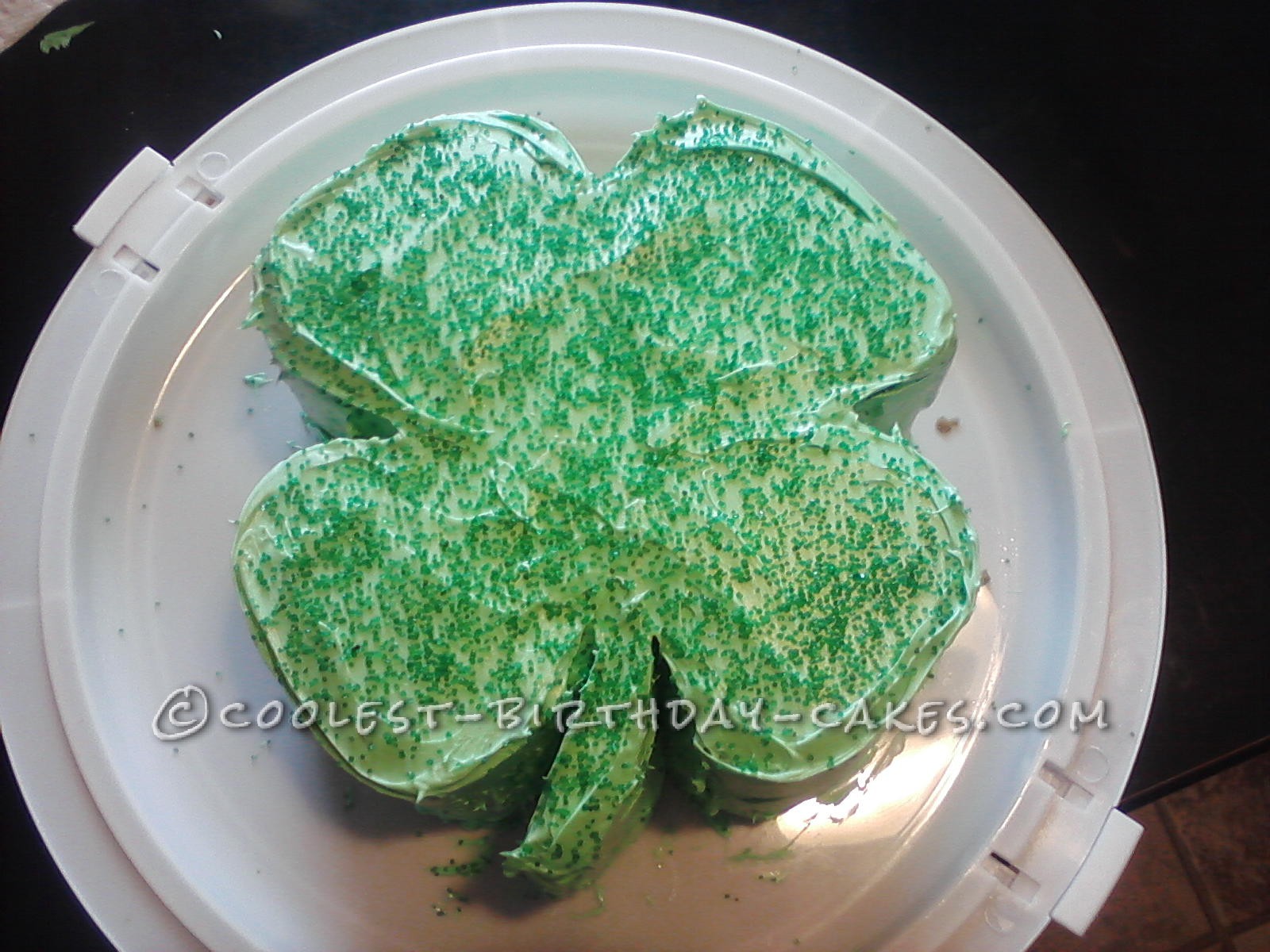 I made this  4 Leaf Clover cake for St. Patrick’s Day. I mixed up my cake with green food coloring and poured into two 8 inch pans and let cook and then cool. I trimmed off the top part of each cake and then used a template of a four leaf clover I printed out on my computer … Read more 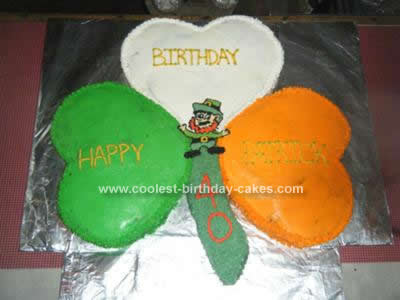 This Irish Themed Birthday Cake was a 40th birthday cake I made for a friend who is Irish and his girlfriend wanted an Irish themed cake for him. This cake was huge! I used 3 9×9 cake pans and 3 round cake pans. I cut the round ones in half and added them to the … Read more 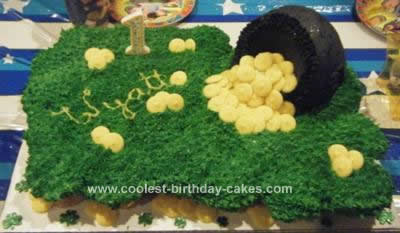 My son Wyatt was born on St. Patrick’s Day, so for his first birthday we had to go all out with the luck of the Irish! The base of the St Patricks Day Birthday Cake is cupcakes. We had his party at a different location from home and didn’t know if we’d have cutting utensils … Read more 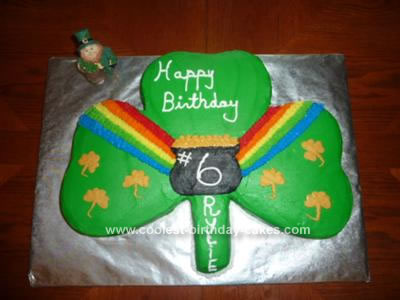 My great niece wanted a Shamrock cake with polka dots for her birthday which is March 18. I convinced her to use little shamrocks instead of polka dots. When I asked her what color she wanted the little shamrocks she said she liked all the colors of the rainbow which became my inspiration for the … Read more 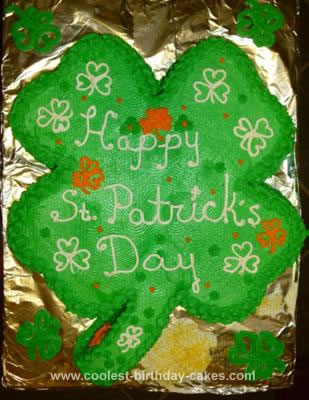 I wanted to make a cake for the St. Patricks Day party at my daughter’s after school care. I could not find many clovers so I thought I would go for the nontraditional four leaf clover. In my rush to get started, I did not think about the fact that I only have one 6 … Read more 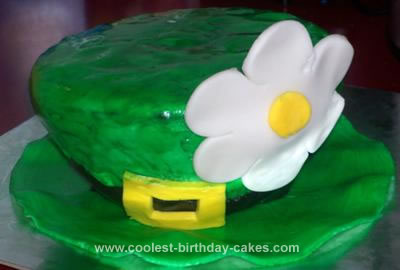 This St.Patrick’s Day Leprechaun Hat cake was made for my family on St. Patrick’s Day. I used a white cake mix with a Green Apple Jolly Rancher carbonated beverage instead of water or oil. I also put in a bit of green food coloring and marbled it so that it would be green when cut … Read more 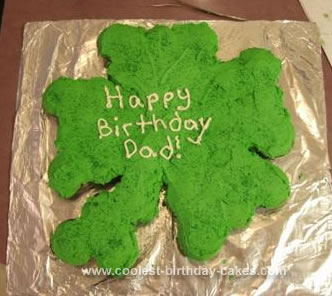 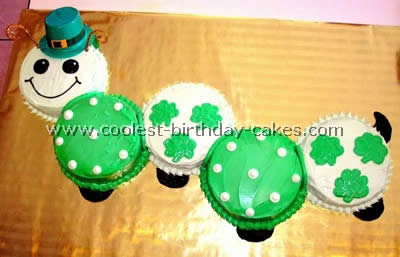 This cake was for my sons first birthday! We did a St. Patrick theme party but I wanted the cake to be of something he loved. So since my son is a big fan of Baby Einstein I came up with the idea for this cake! It’s an example of how you can make holiday … Read more 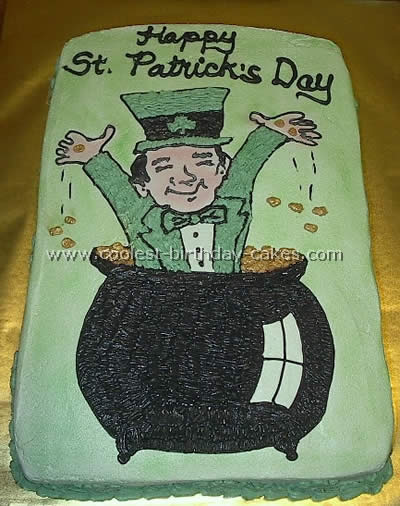 This cake is a 9×13 cake iced in buttercream. The picture is from holiday cakes on an online site that has coloring books. I used buttercream to freehand it onto the cake and filled it in. Edible gold dust was painted onto the coins’ and green buttercream shamrocks were piped around the sides of the … Read more 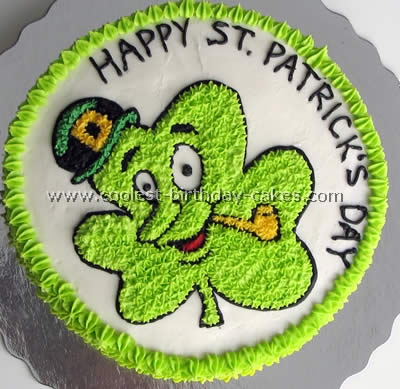 This is my second cake that I have made. I found this design on the web for holiday cakes and re-created it and modified it a bit in Corel Draw. Reversed it and traced it onto wax paper with black icing and rubbed it onto the iced cake. Some lines broke and did not transfer … Read more 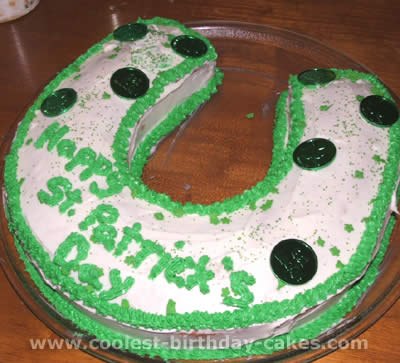 This is my St. Patricks Day cake. I used the Wilton horseshoe cake pan. I found the coins at ‘Big Lots’. On one side of the coin it says, “get lucky” and on the other side is a shamrock. Then I just used tip #16 for the edges and I used shamrock and green sugar … Read more 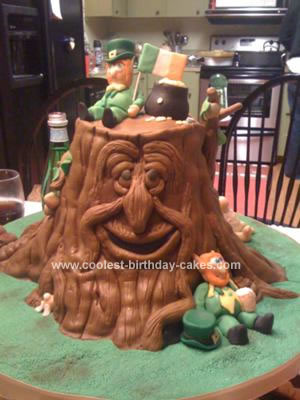 This Irish Leprechaun Cake was so much fun to make. I started out with a 10 inch square cake and cut it into four equal squares. I then topped them and carved them into a tree trunk shape. I used the extra pieces I cut off (triangle shapes) as limbs of the tree at the … Read more