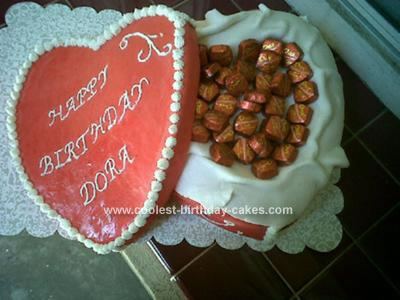 The homemade heart shaped box cake is two 12” heart, dark chocolate, cakes. The cakes were covered in cream cheese icing. A cut-out was formed to make the indentation of the box in a heart shape, then covered with one large piece of pink fondant, colored from Wilton’s white pre-rolled fondant. A large piece of … Read more 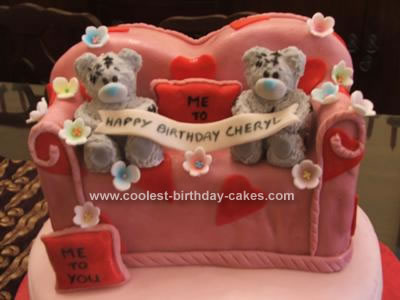 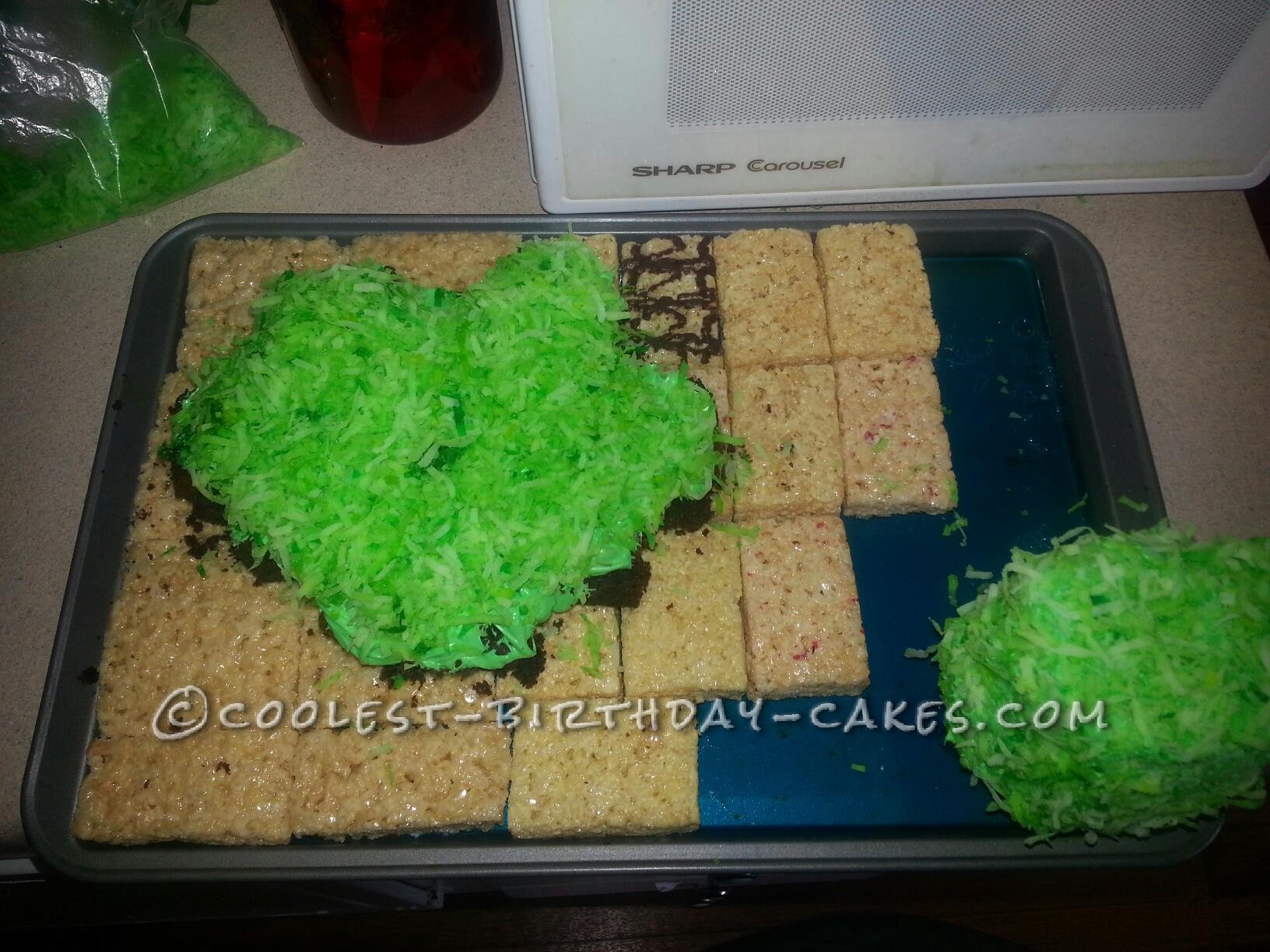 My boyfriend and I are both complete nerds. He however, had several nerdy loves yet undiscovered by me when we first started dating. You see, he had a love for Minecraft – an online game made of blocky looking characters where you can mine for minerals, harvest food and build an entire world. Basically, it’s … Read more 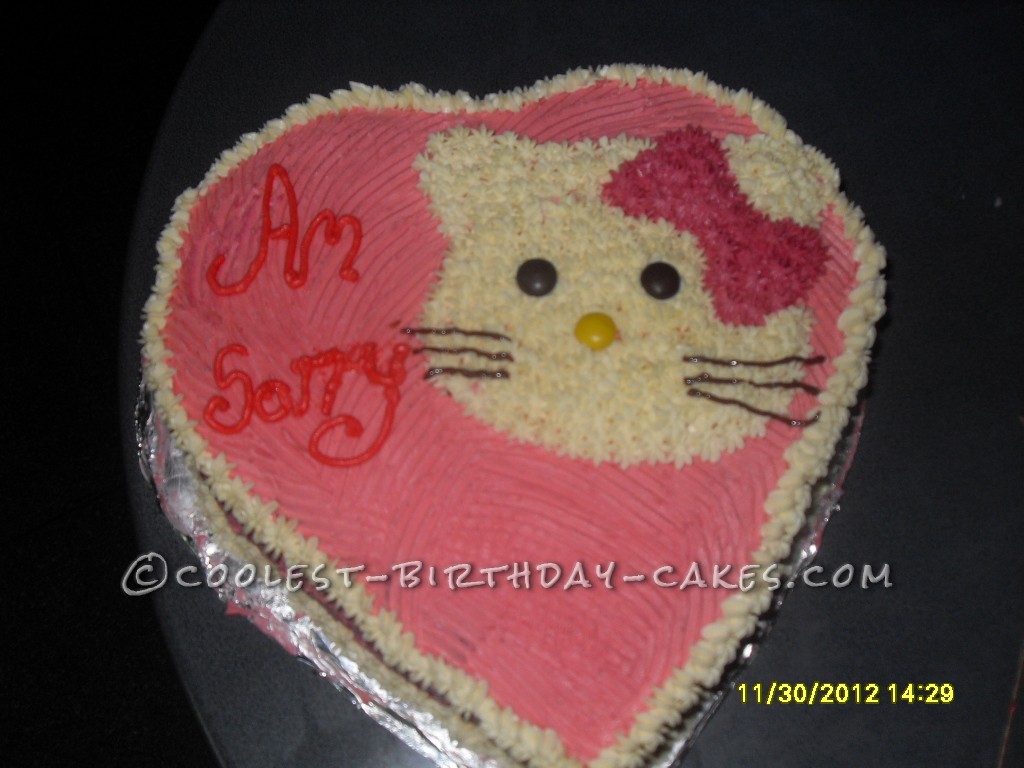 On the 29th of November 2012, my friend Emeka by name called me and said “Esther I have hurt my girlfriend and she’s mad at me, what can I do? I called her and she’s not answering and she won’t even reply to my messages” so I asked him what does she like? He said … Read more 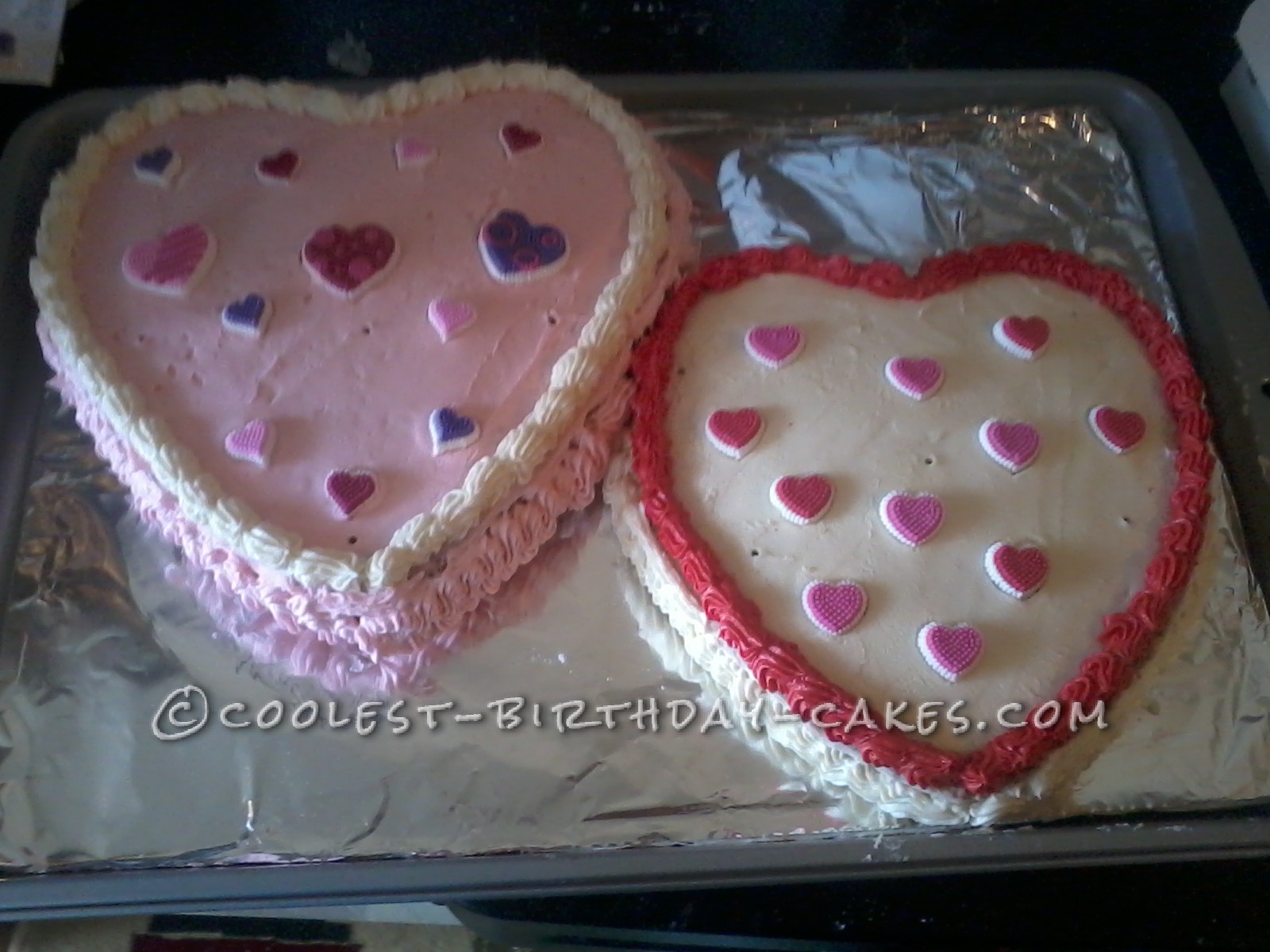 I decided to make a Valentine’s cake to take to a friend’s house for dessert so I just decided to be creative. I had two different size heart shaped cake pans so I decided to put them next to each other instead of stacking them. I used one white cake mix and separated the mix in each … Read more 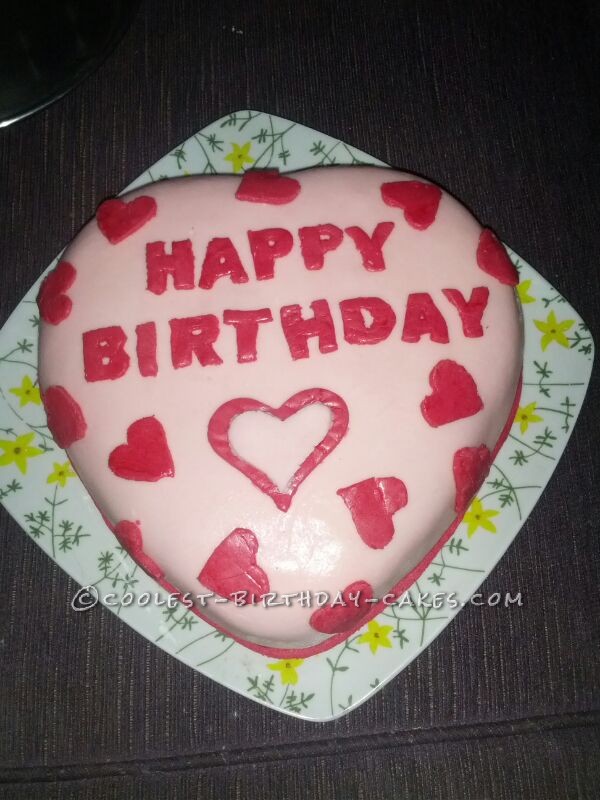 I decided to bake my husband a special birthday cake this year for his birthday. I read a lot on how to make a heart shaped birthday cake but thought I would not be able to make the cake using fondant. So the day before the birthday I went to a bakery to ask him … Read more 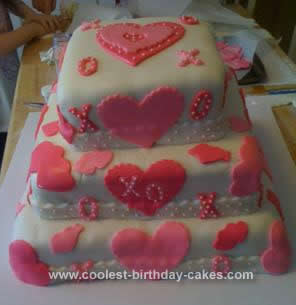 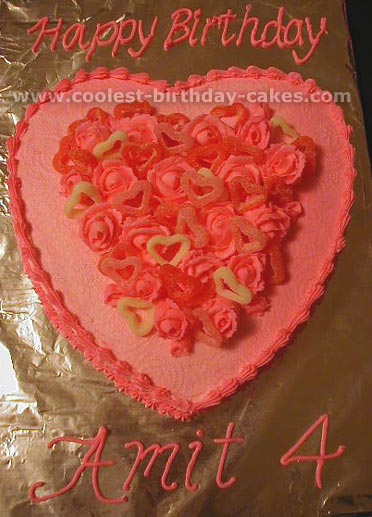 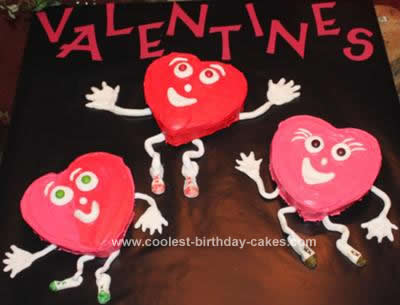 This is a Valentine Cake Design I did for my 5 year old son. I had seen this done in a magazine years ago so I did my best to re-create it. They had actually baked the cake in a round cake pan and cut to shape the heart but I had a small 6in … Read more 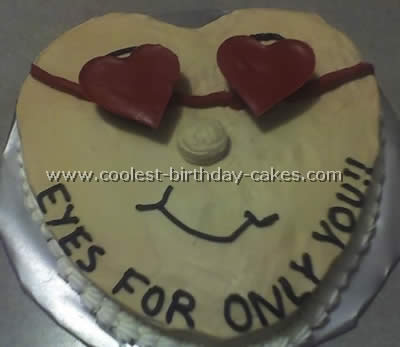 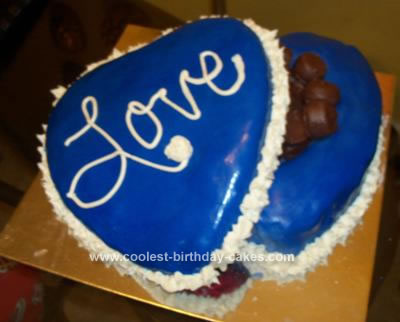 I made this Valentine’s Day cake for my husband for Valentine’s Day. It is a cake shaped like an open box of Valentine’s candy. All of the ingredients were store bought. The cake mix and icing were sugar free (or no sugar added) as my husband is a diabetic. The fondant and rice krispy treats … Read more 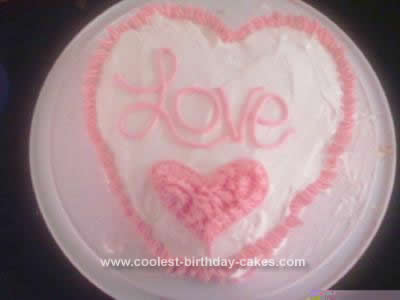 I made this Valentine Cake Design from boxed cake mix and used canned frosting but have learned this cake would do much better if I had used butter cream. Canned frosting, while convenient, just did not seem to hold up as well as a homemade butter cream recipe would. Its very basic and it is … Read more