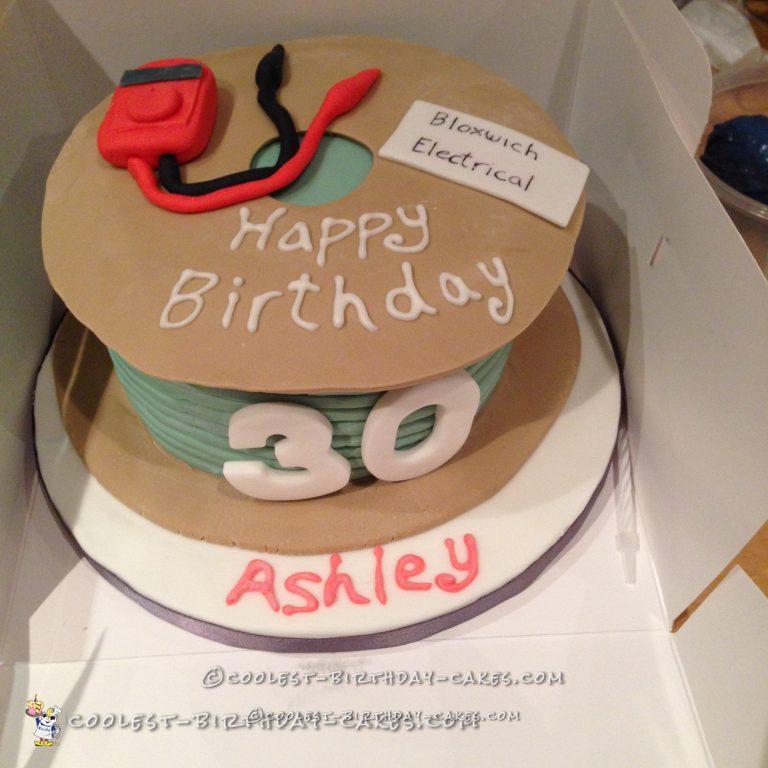 My favourite hobby is baking cakes. It was to be my son’s friends 30th birthday he works for my son at his electrical business, well I decided to make him a cake that looks like a drum of cable as last time I made him a football cake and wanted to do something different and also I wanted to make something I’d never done before too.

I baked an 8” round cake in vanilla sponge and when it was cold I filled with jam and butter cream, I then covered the whole cake in butter cream and placed in the freezer to chill.

Meanwhile I covered the cake board in white fondant, I then coloured some fondant in brown and cut out a circle bigger than the cake to represent the drum I added some gum paste to some more of the brown fondant just enough to cut out another circle the same size as the other and then I cut a circle out of the centre of it then this was left to harden for a few days this is to be attached to the top of the cake later.

I now rolled out some grey fondant to represent the cable then I covered the cake and pressed the shape to form the cable around the side of the cake and set aside for a few hours before moving onto the cake board once moved I pipe iced his name onto the board.

I now cut out the numbers 3 and 0 and set aside to harden and then made a electrical testing meter and a business card with the company’s name on it.

His friends and family all went out for a meal and I sent the cake along with my son to surprise him.