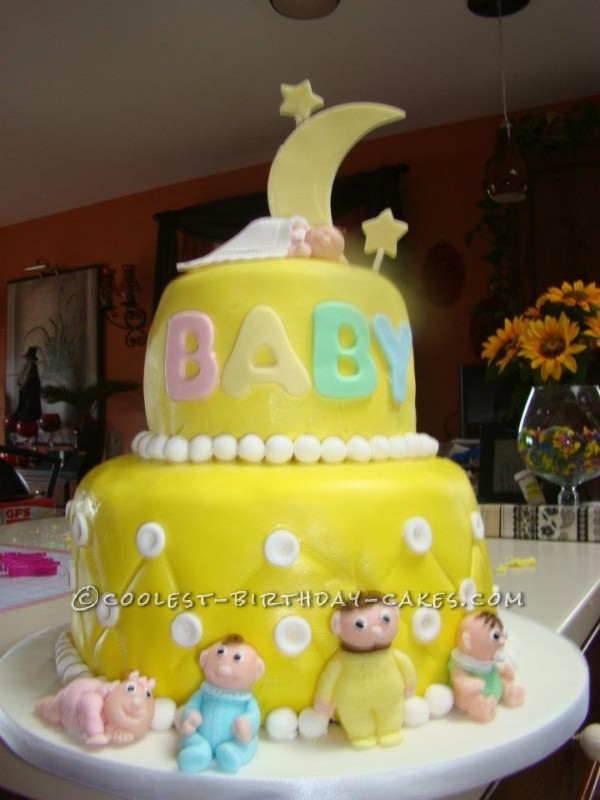 I made this cake for a good friend who was having a late baby, meaning she already had teenagers and was quite surprised to say the least. Well the least I could do is make her cake. I’m a beginner baker so this was quite a challenge. After seeing the picture in the Wilton Book I decided to give it a chance, well my friend’s reaction was joy and then tears.  This was probably the third cake I’d ever made and was quite proud of how it turned out.

The characters on the cake were probably my most favorite accomplishment as I had never attempted anything quite as daring. I have seen many professional cakes and thought I could never do something so fantastic that was required but I set out to do just that for my friend’s cake.  It took me about 6 hours to make them to where I was proud to put them on my cake.  The rest of the cake was just following techniques I had learned and following other individuals tests and trials. I was once again proud of what I had made. 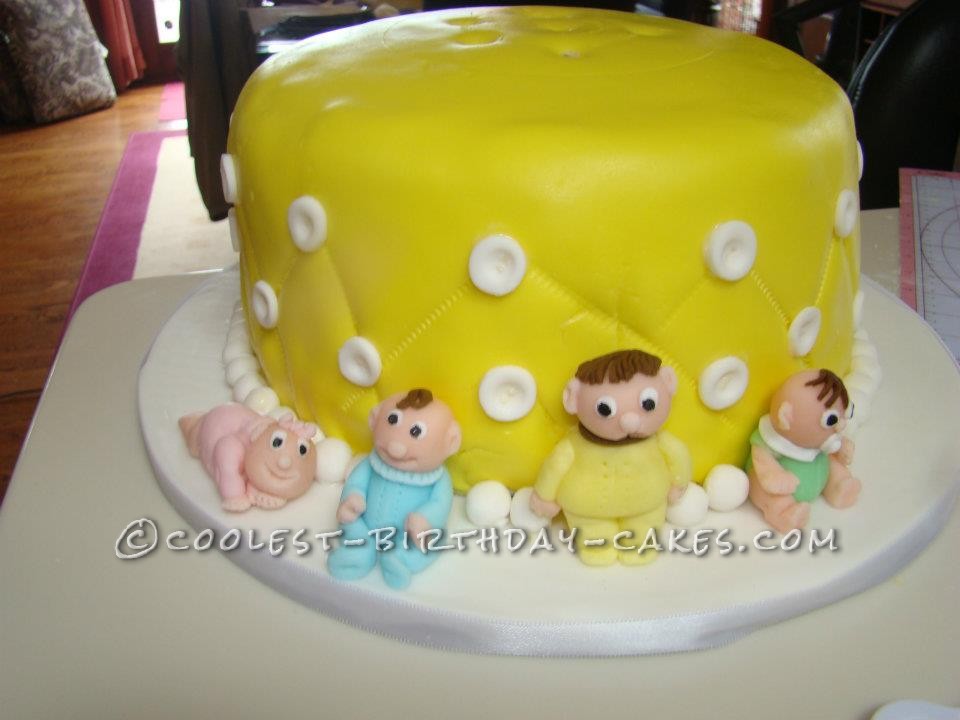