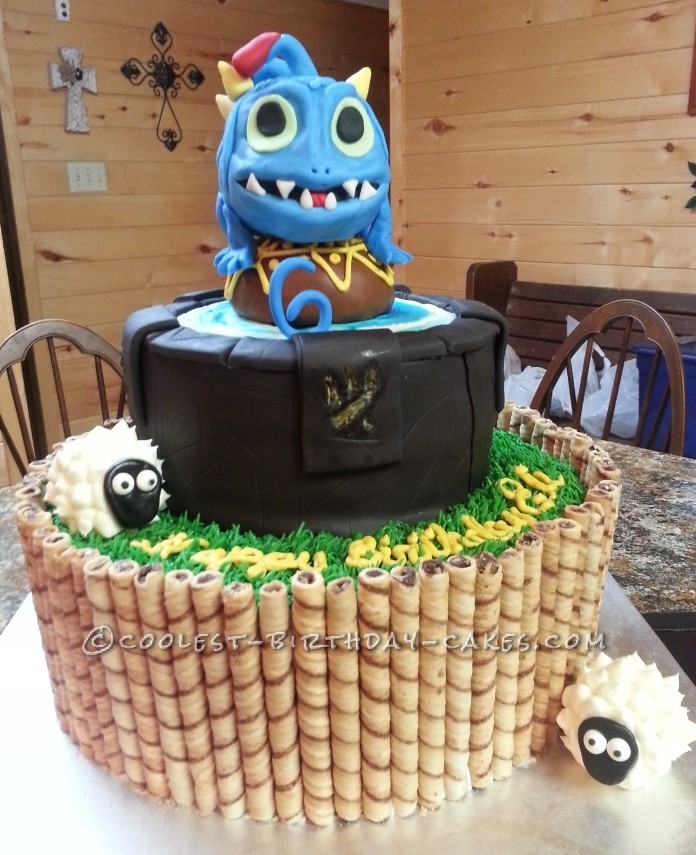 I donated a “ cake of your choice “ to a local benefit auction. The winner was a super lady who wanted a cake for her grandson. She said any old Skylander would do…he loved them all………

Wow…a Skylander huh? I asked myself just what might that be ya reckon!!!???

So off to the internet to search for one…easier said than done I am afraid. There are several of these little jokers and they all were very colorful and detailed. I finally found one that I thought I might be able to handle…and hoped he truly did like them all!

I found out the one I chose was named “Wreaking Ball”.  So I began to search for him specifically. Funny (but true) story though, every time I typed wreaking ball into the search line it would bring up  Miley Cyrus….lol….Oh well, I guess you had to be there :)

Apparently, and I still may not have it all right, Skylanders is a video game in which all of the characters battle for the portal…or something like that…anyway I decided that my little guy would be atop that sought after portal.

I sculpted him from rice krispies and covered him in blue fondant. I detailed him with yellow and red fondant.

The cake was 2 tiered and the top tier represented the portal.

The sheep I used as part of the cake represents an achievement level in the game…Sheep Wreck Island. For those I used a cake pop and dotted them with buttercream icing. Wilton googly eyes were placed on their faces…

I attached them to the cake with skewers. The sides around the island are chocolate filled pirouettes against the buttercream icing. I used the grass tip on the top of that tier. The portal itself is just black fondant with skylander symbols carved into it and placed over the sides of the buttercream frosted top tier.

I didn’t hear if E liked his cake…Grandma said he would…I hope she was right…to infinity and beyond….oh, sorry…that’s another story!!! 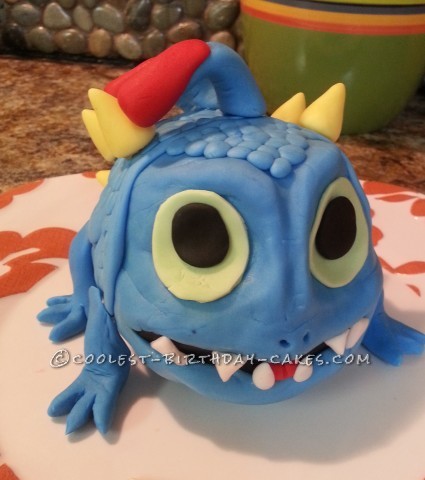 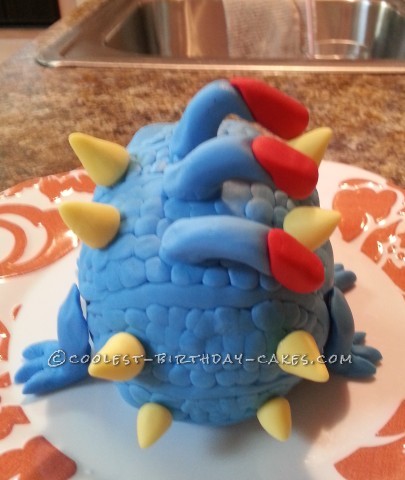