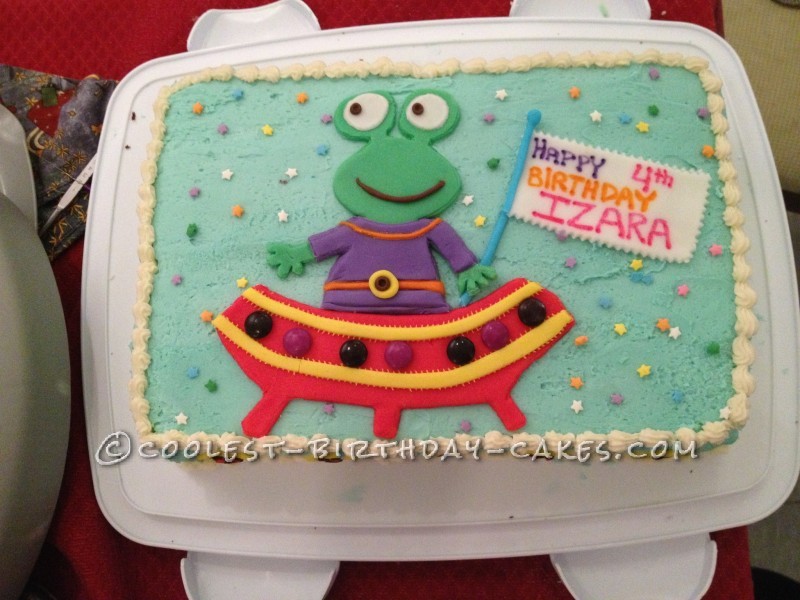 My daughter has a thing about aliens ever since she saw them on a Backyardigan episode. I think she’s kind of afraid of them but also loves them and  the way only a four-year-old can. She told me she wanted an alien birthday cake but that it ” must be friendly and have only two eyes”. I think more than two is frightening to her. So I set off trying to design a non scary alien in a spaceship.

I’ve always done butter cream cakes but wanted to try and design the character using fondant. I bought white and using gel colors created the colored fondant and the spaceship, alien, flag and stars 3 days before the event, sealing them in plastic wrap. I totally recommend buying a fondant tool kit. It makes details so much easier to make. And wrapping in plastic wrap keeps it fresh. The eyes on the stars were made with the pin head of a pin! And I inlayed the aliens belt.

The night beforehand I iced the cake with sky blue icing and lay the characters on then the flag. I them rolled a final thin piece of fondant for the bubble on the spaceship.  Finally, I applied butter cream to the back of the stars and stuck them on the sides of the cake and put sprinkle stars all around.
My daughter and her friends were thrilled. Each kid vied for a star and I had just enough to go around for each. I totally recommend making extra stars. 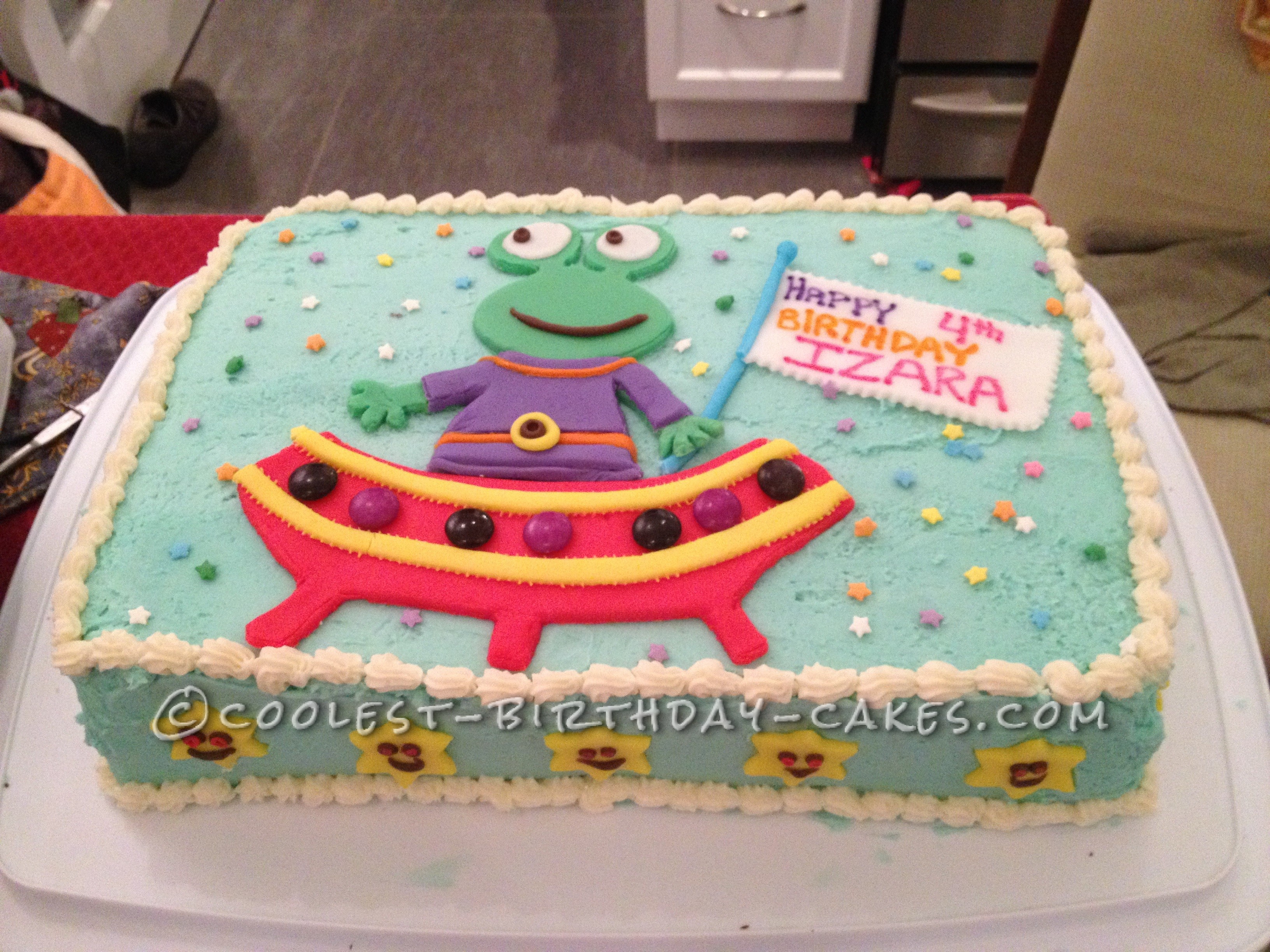 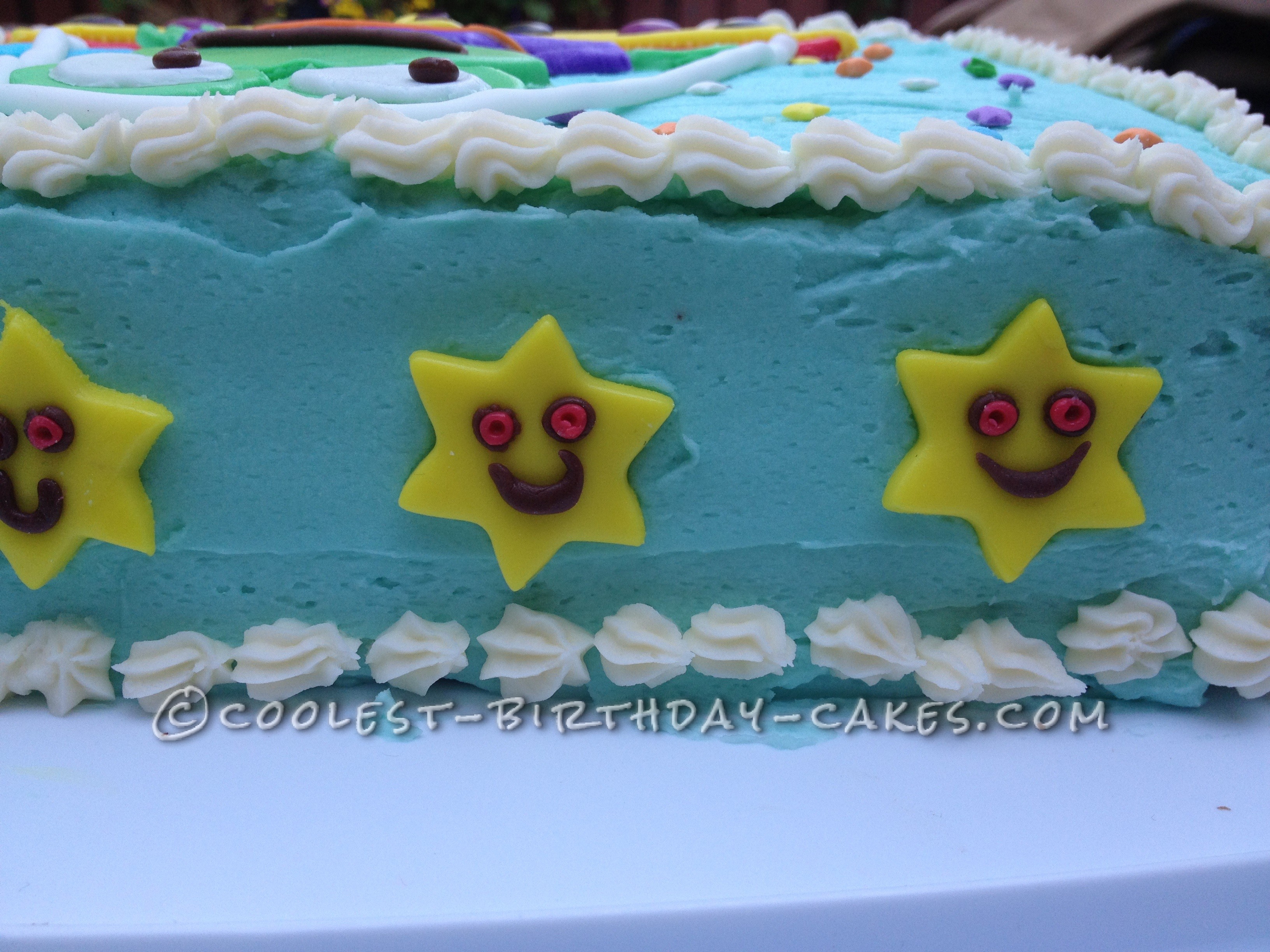