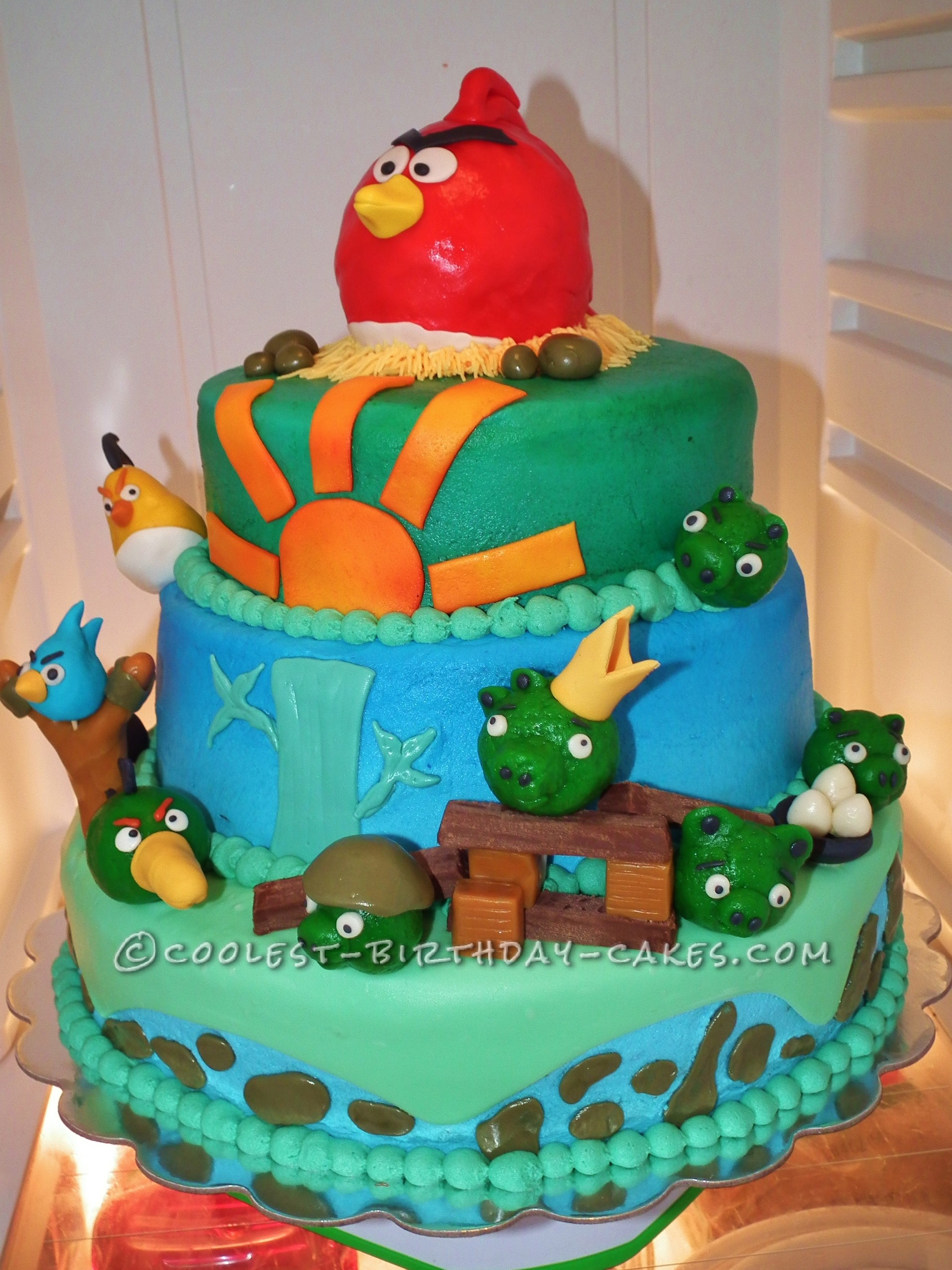 When my daughter first asked me to put Angry Birds on my phone, I had no idea what I was getting myself into. Not only did I lose my phone for long periods of time to my daughter, but my husband quickly became a fan, too! So much for ‘my’ phone!

For this angry birds cake, I wanted to showcase the red bird. I also wanted to have different Angry Bird characters. I decided to use lollipops as the bases for all my characters, except for the red bird.

I made homemade marshmallow fondant and colored it with food coloring for each of the characters. I started with the green piggies. I rolled the fondant out and wrapped each lollipop. Then, I added fondant noses and eyes to each pig. I left the sticks on the lollipops, so I could stick them right into the cake later (to let the characters set, I pushed the lollipops into Styrofoam so they were standing up-right). For each of the birds, I did the same thing. I colored the marshmallow fondant with food coloring in the colors I needed.

I rolled the fondant out and wrapped it around the lollipops. I made the birds’ beaks and and top feathers out of gum paste since they needed to be hard and keep their shape. I stuck toothpicks into the gum paste before it hardened, so I could stick the pieces into the fondant covered lollipops. For the large red bird I used crisped rice and marshmallow as the base. I covered the crisped rice mixture with butter cream and added the red marshmallow fondant to the bird. I made the beak, head and tail feathers out of gum paste. I used my fondant to create the eyes and eyebrows. The eyebrows gave such attitude to the little pigs and birds!

To create the sling, I warmed caramel squares in the microwave enough to make them soft. I squeezed them together and worked them until I had the shape I wanted. Once I had my sling shot shaped, I popped it into the refrigerator to harden it. I used marshmallow fondant to create the sling. I used Kit Kats with the caramel squares to make the stacks. The eggs and pan were made from marshmallow fondant, too.

I was very pleased with how this cake turned out. Using the lollipops worked so well. They didn’t move at all because their long sticks kept them secure. The kids loved to claim their own character! Of course the birthday boy had first dibs on the red bird. 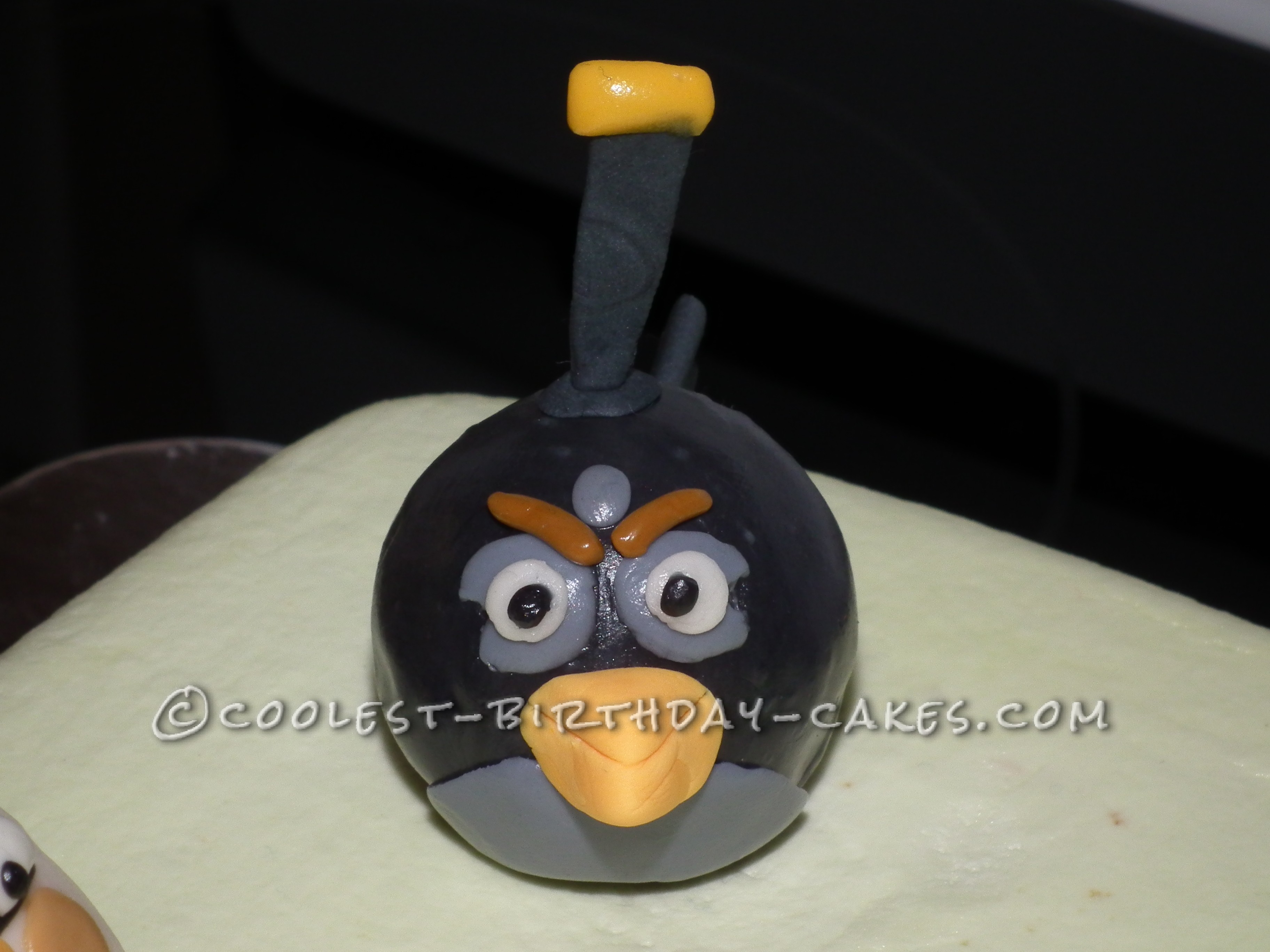 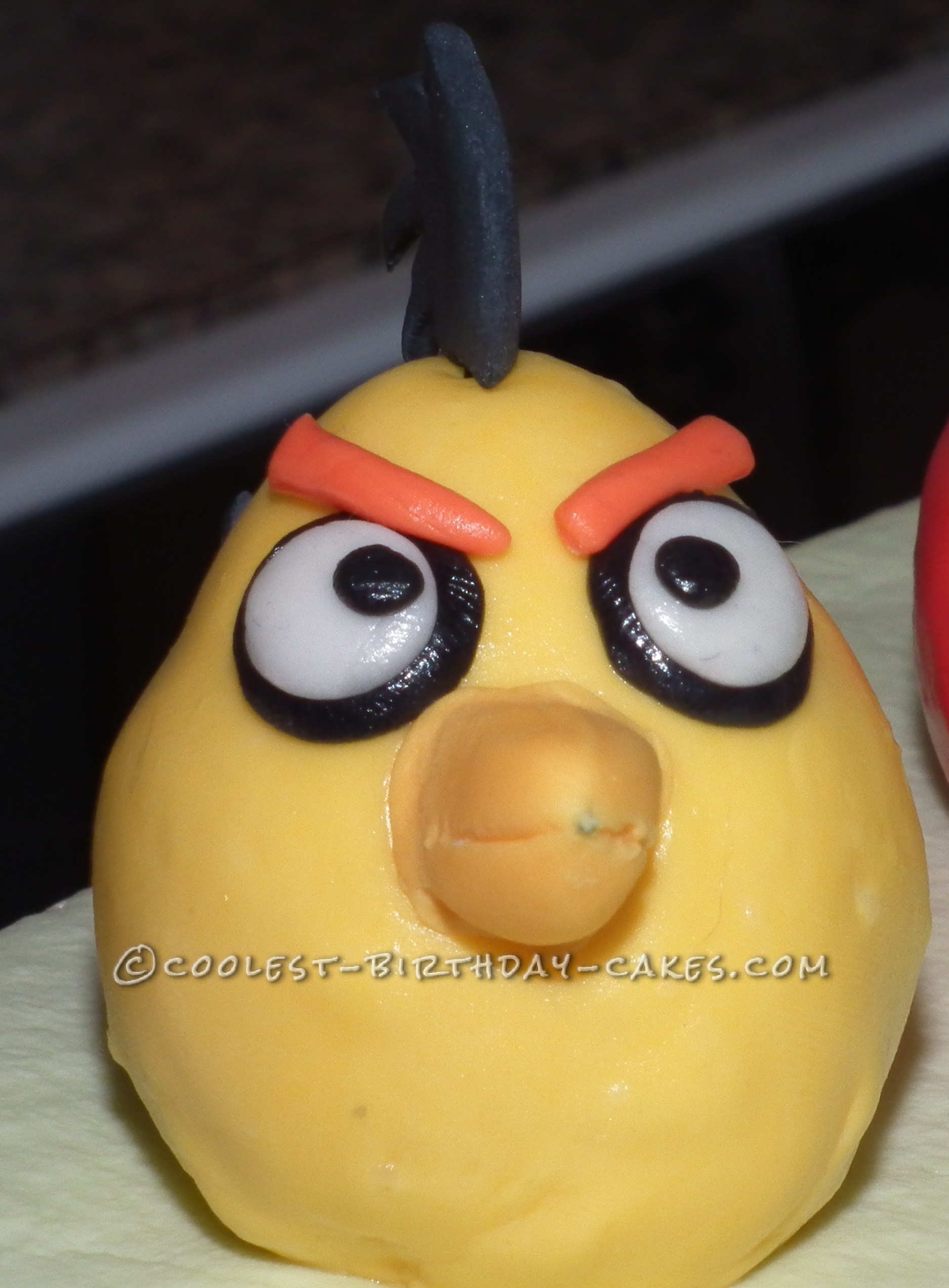 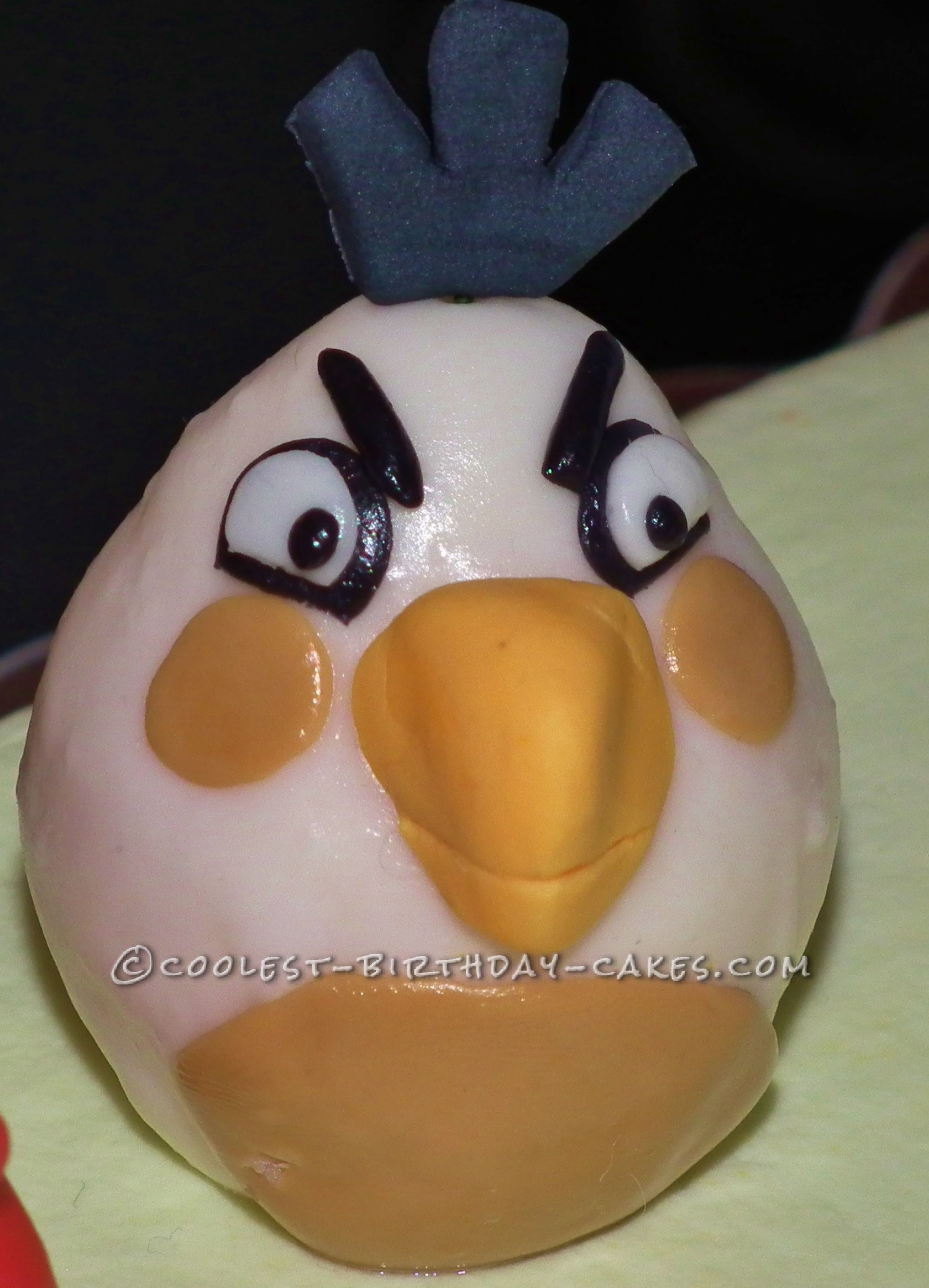