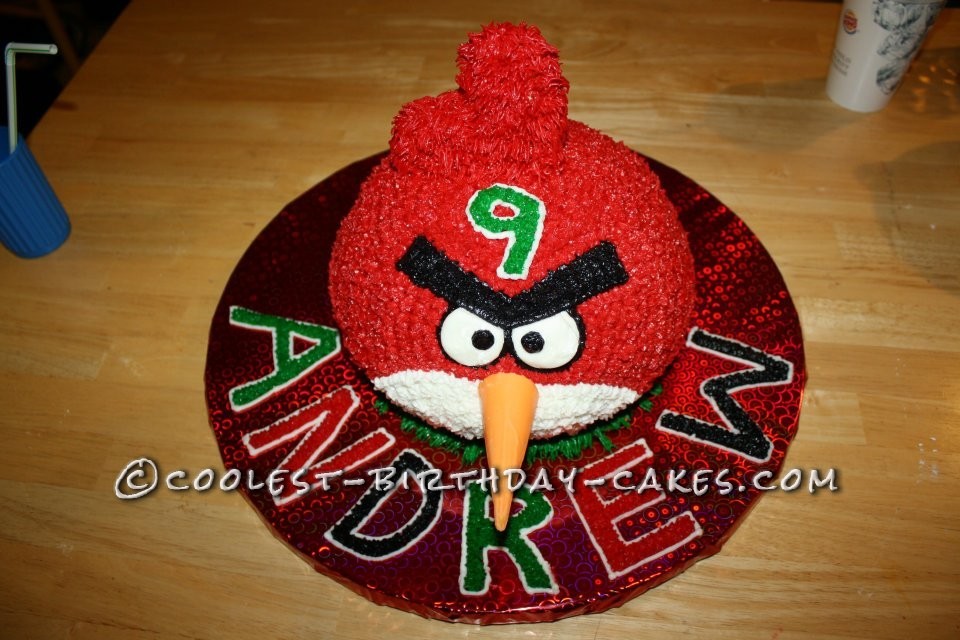 I made this Angry Bird cake for my son’s 9th birthday! He is obsessed with the Angry Birds game and red bird is his favorite! The cake is fairly simple to make, and is composed of two 1/2 soccer ball cakes with butter cream icing in between, and completely covered with red and white butter cream icing using the star tip.

The first thing I decorated was the eyes, and then proceeded to add the white underneath the beak, followed by red stars all over the rest of the body. To make the beak, I melted orange candy melts and poured them inside of a pointed sugar cone, placing a cake pop stick in the middle, and putting it in the freezer until hardened. When you peel the cone off, you are left with a perfect Angry Bird beak!

To make the top feather and tail, I molded a rice crispy square into the shape I wanted and also placed them on a stick, inserting into the proper location on the bird and covering with icing! Under the bird is some butter cream grass which I made using the grass tip. Overall a pretty easy cake to make, and was a huge hit! My son and his friends were thrilled to have a 3D Angry Bird at the party!! 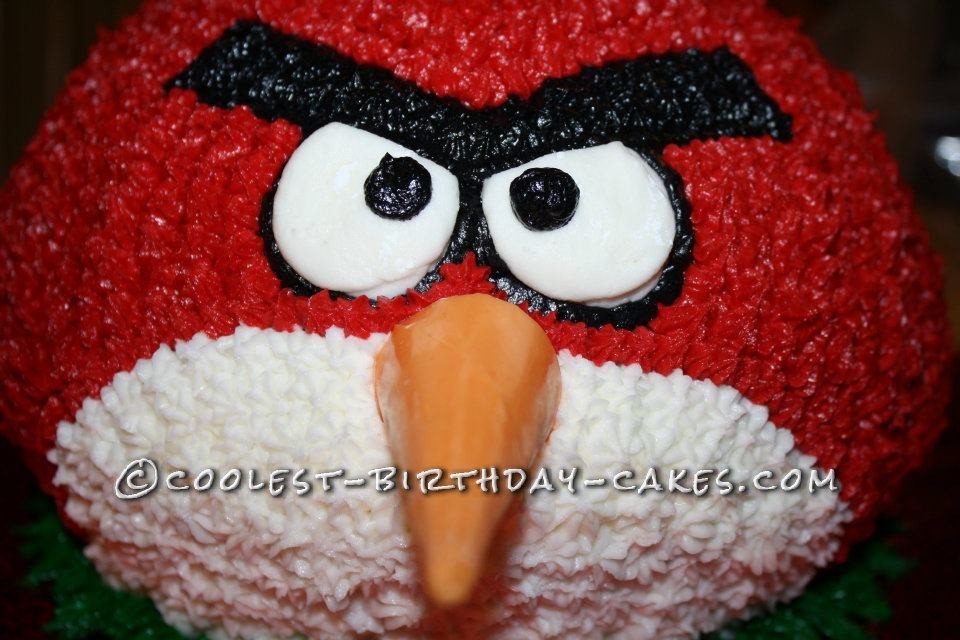 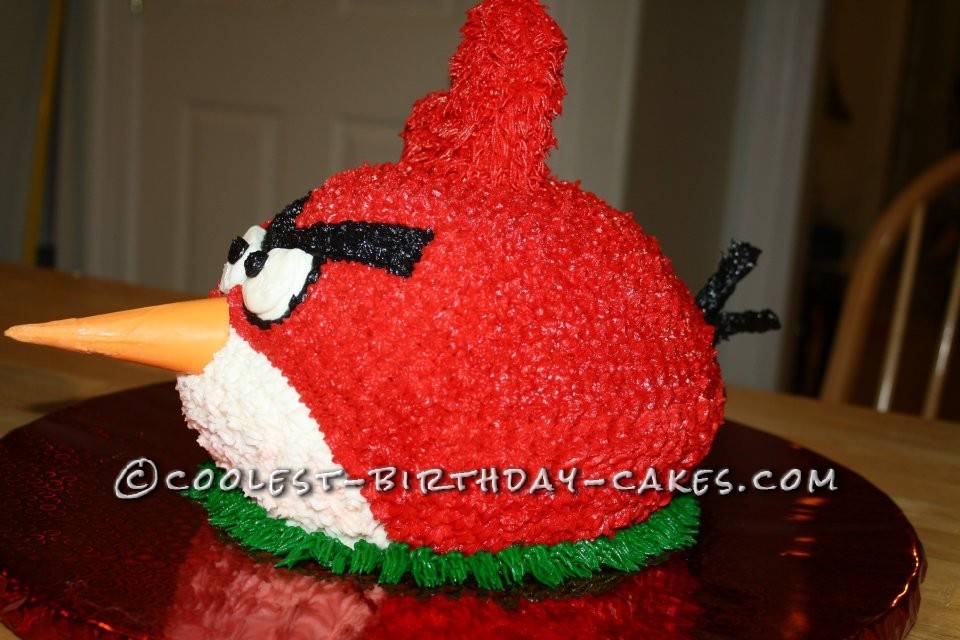 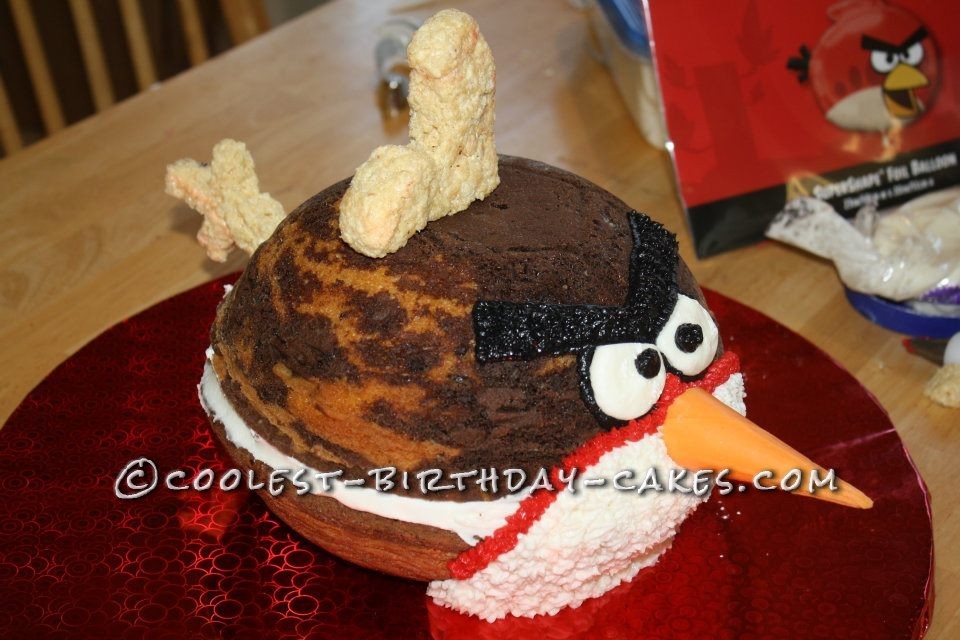 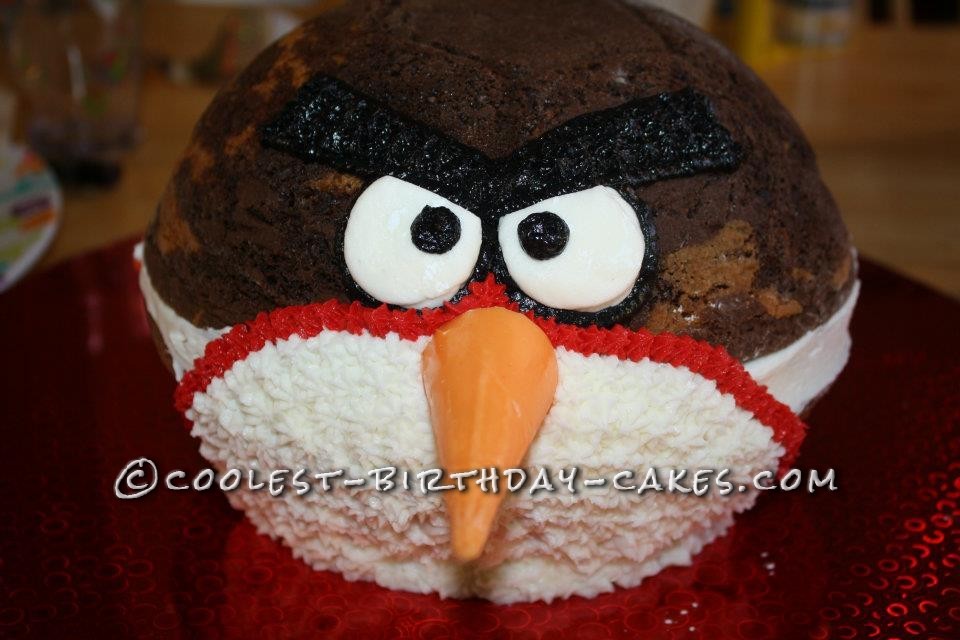 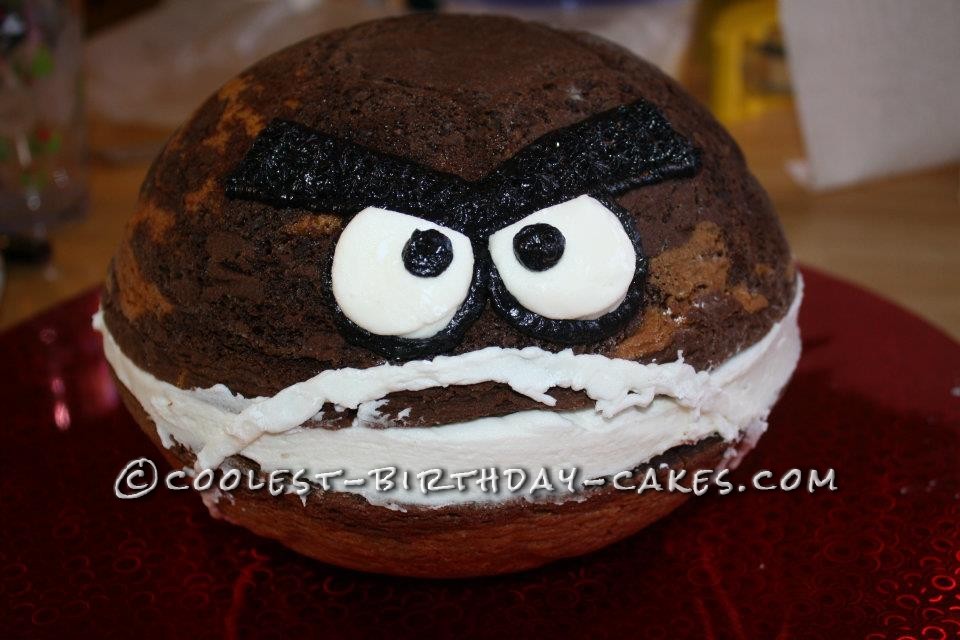