Here is my small world story ( the condensed version). The neighbor who lived 100 yards from me when I was growing up lives 100 yards from me now. Mind you I left NY and moved to Detroit for many years, he went to the military and traveled the world for years. We both returned to New York, about 30 miles from where we grew up, 25 years later and ended up in the same neighborhood again. We both have boys who love The Avengers so this year I am making an Avengers cake for his son’s birthday. 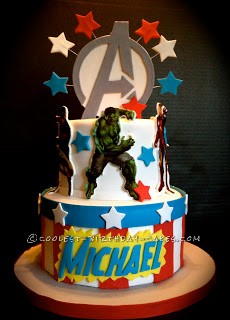 I found the graphic for the topper online. I made mine out of a mix of gum paste and fondant. This needs time to dry to make at least a week in advance. I made some stars on floral wires by cutting out red, white, and blue gum paste stars with a small cutter and sandwiching the wire in between them  ( you will need 2 stars per decoration). Let these dry at least 2 days. 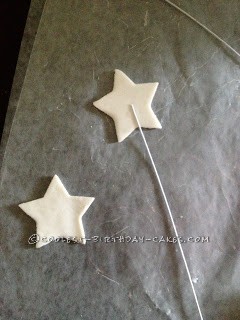 I only had a week’s notice so instead of making gum paste figurines I decided to print out edible images of The Avengers. To make these I printed each of the characters onto Lucks icing sheets.
Resize them when you print to be about the same size.

Once the ink dried I rolled out some white gum paste about 1/4 inch thick , rubbed lightly with some water, and stuck the images to the gum paste. With an Exacto knife I cut out each character and placed in a Ziploc bag until I was ready to apply them to the cake. 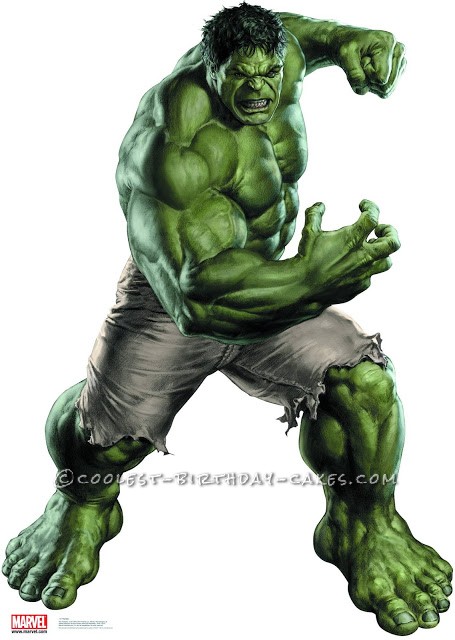 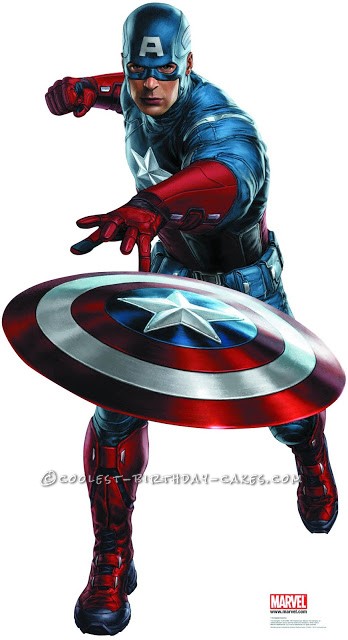 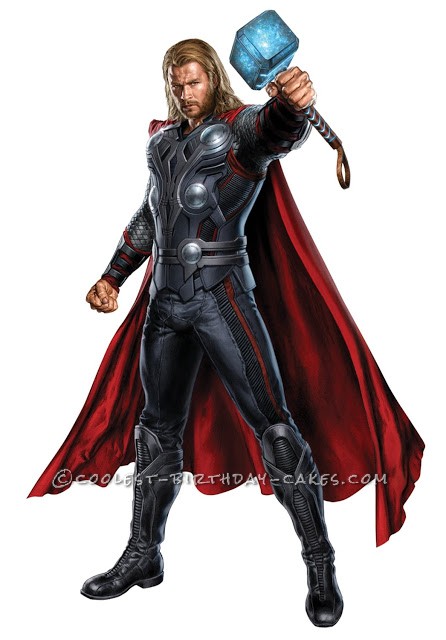 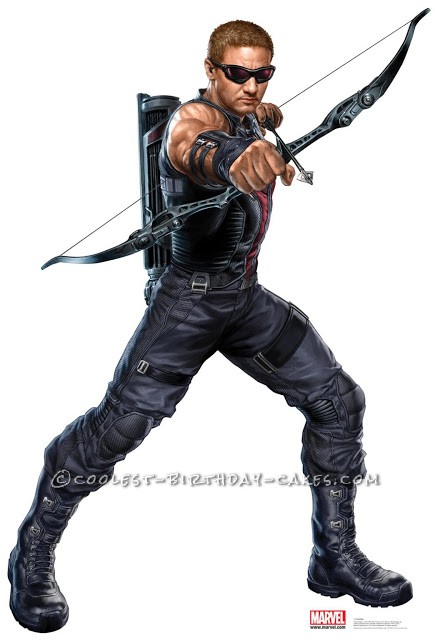 This cake is made with an 8 and a 6 inch tier. The bottom tier I focused on Captain America seeing as it is Memorial Day Weekend here in the U.S and the stars and stripes theme fit . 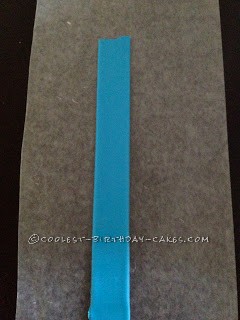 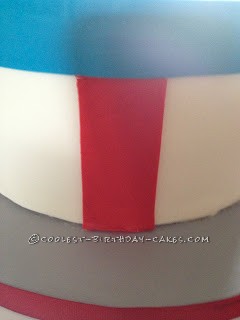 His name plaque is made out of the famous Super Hero comic “burst”. I found the Avengers font online. I cut out the birthday boy’s name. Once you have your top tier covered in fondant it’s time to “assemble” The Avengers. I rubbed the back of each cut out with some water and applied them to the cake.