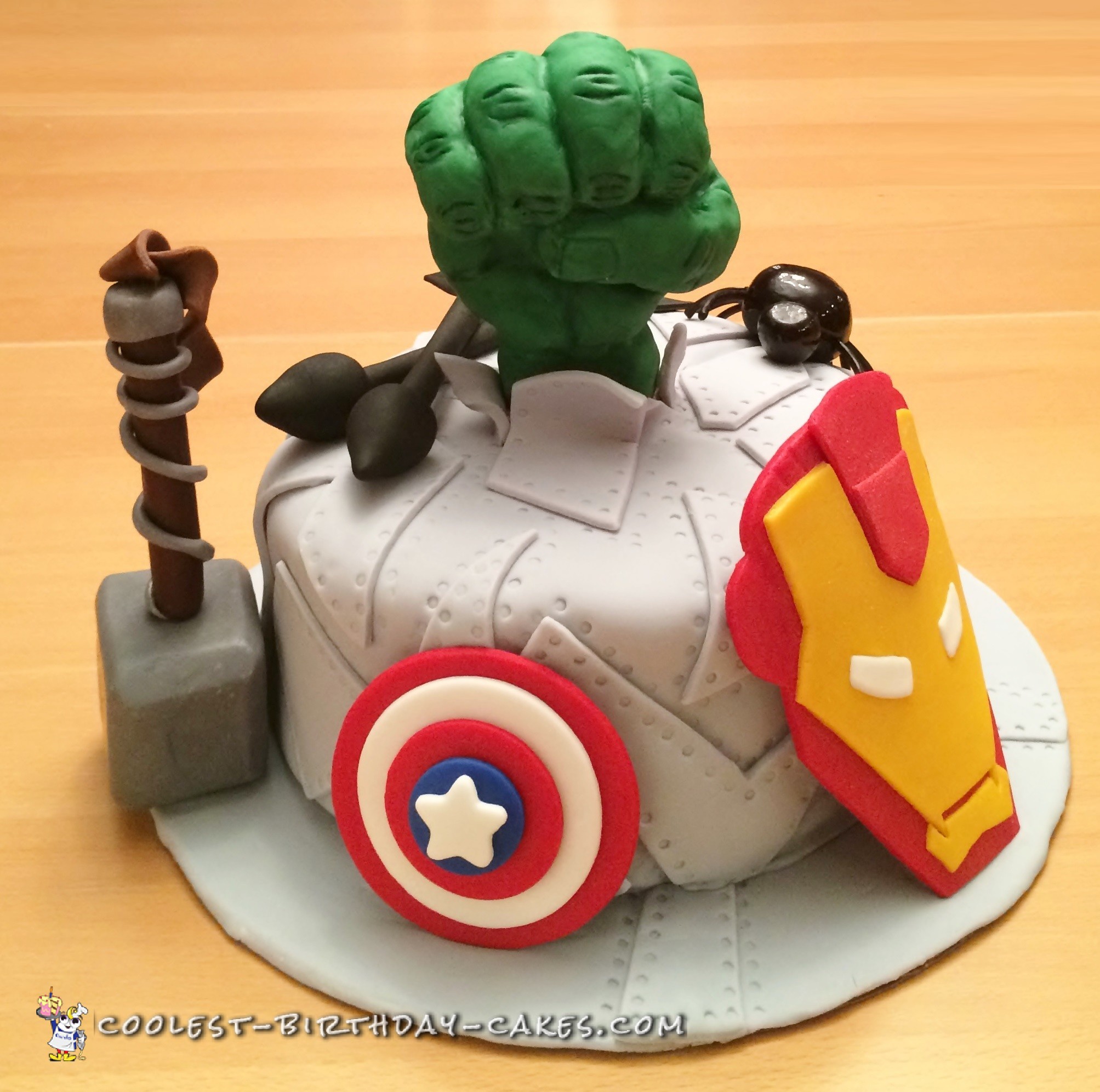 If you need to make a cake for a superhero fan, like I did, it’s only natural to choose the Avengers. It’s a collection of superheroes all in one. Ok, so it’s not always the best or classic superheroes like Spider-Man and Batman, but you’ve got Thor and Iron Man and Captain America!  So I … Read more 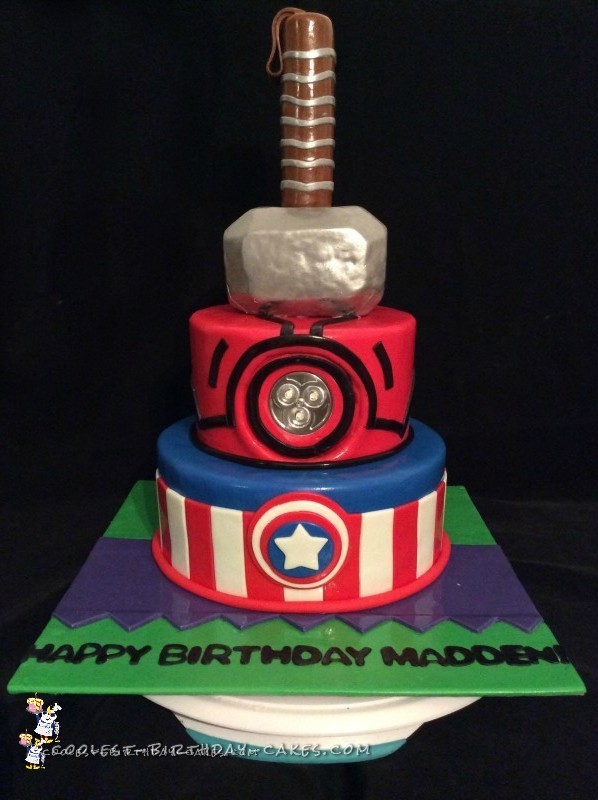 My cousin called me up to ask me to make her son an Avengers cake. She sent me a picture for reference, and I thought how cool it would be for Ironman’s chest to actually light up. Avengers Cake Instructions We first baked all of the cakes and crumb coated them. We then set them in … Read more 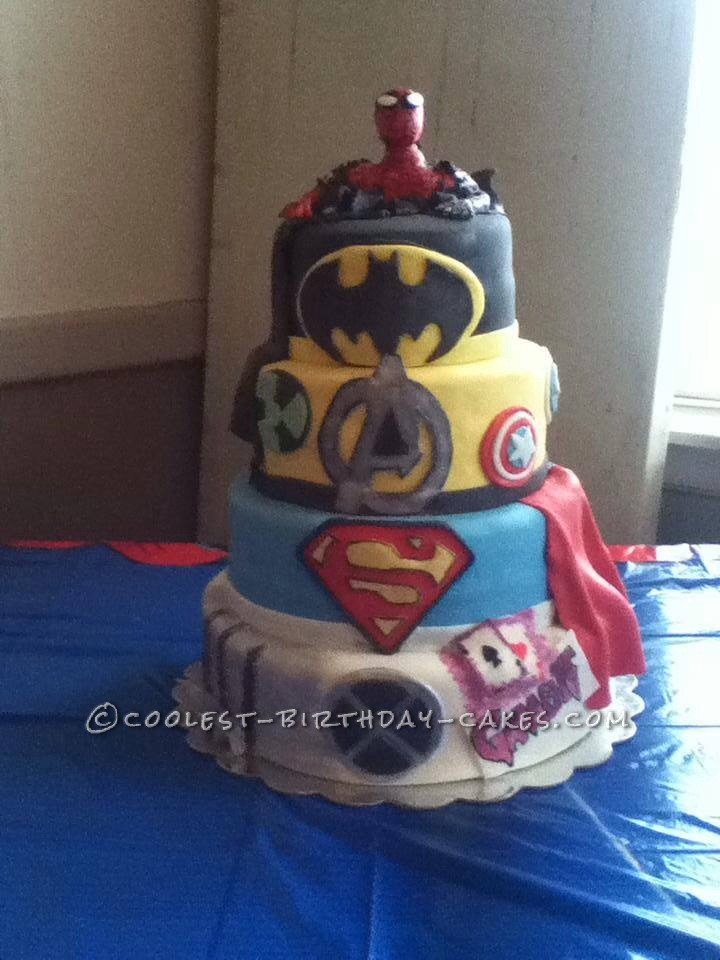 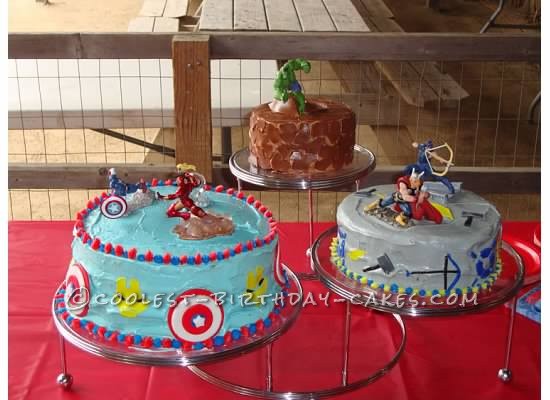 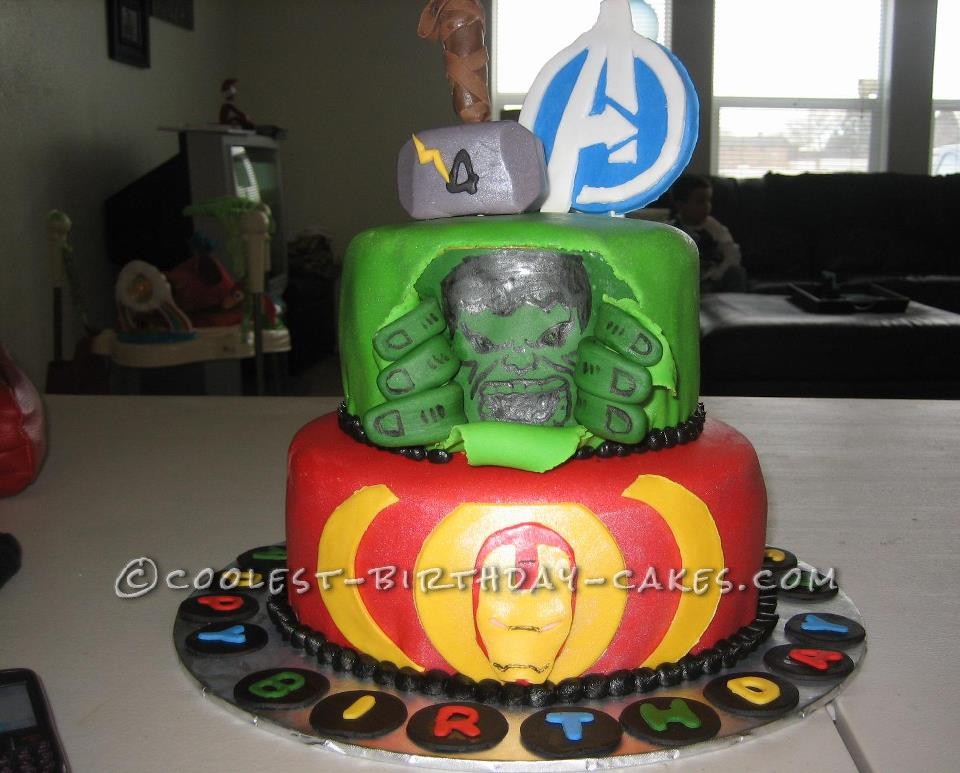 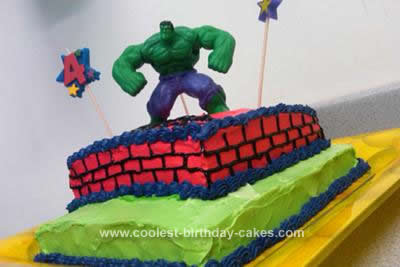 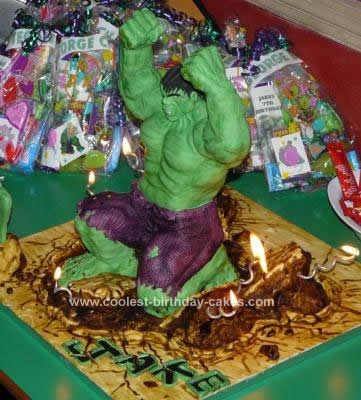 First Id like to say thanks to all the people who gave their ideas on this site. I made this Homemade Hulk Birthday Cake after looking at your lovely cakes for my son Jake on his 7th birthday. I used two square 6” fruit cakes and after carving I still had plenty left over. I … Read more 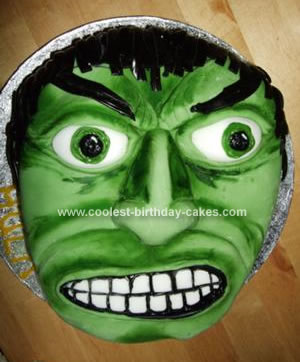 My little boy turned 4 at the end of Dec’08 and is a huge fan on the Hulk. He wanted an Incredible Hulk Birthday cake in the shape of the Hulk fighting with the Abomination from the latest film – unfortunately my kitchen’s a little on the small side and I promised him just the … Read more 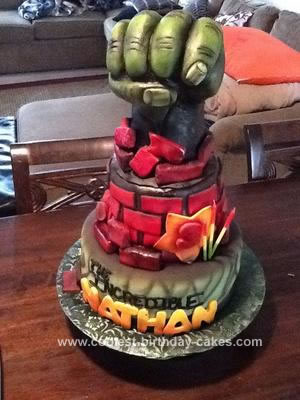 I made this 3rd birthday Hulk Cake for a friend’s nephew. I wanted to go all out because I wasn’t able to make her wedding cake because of a death in the family. So I wanted to make it up to her. This was the 2nd time I use rice crispies. I started with 1 … Read more 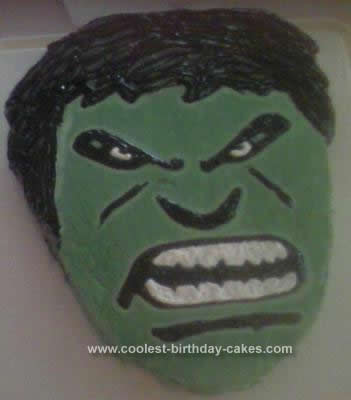 I made this Hulk Birthday Cake for a 10yr old boy and all he asked for was ‘A Hulks head’. So that’s what I did. I cooked a large cake in a hexagon tin so I got the width at the top and I cut down the cake so when I was finished I had … Read more 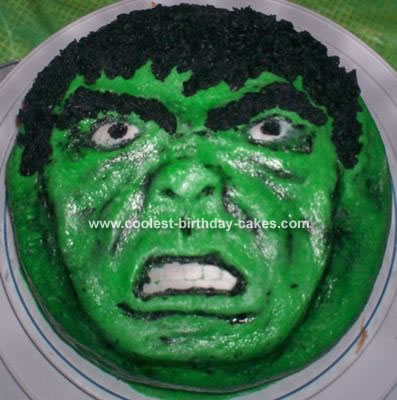 I made this Incredible Hulk cake for my husband’s birthday. Every year we do a birthday theme and this year it was the Incredible Hulk. The cake is two 9″ rounds and I used homemade buttercream fondant. I ended up sculpting the face from the fondant. I had a green fondant base and then added … Read more