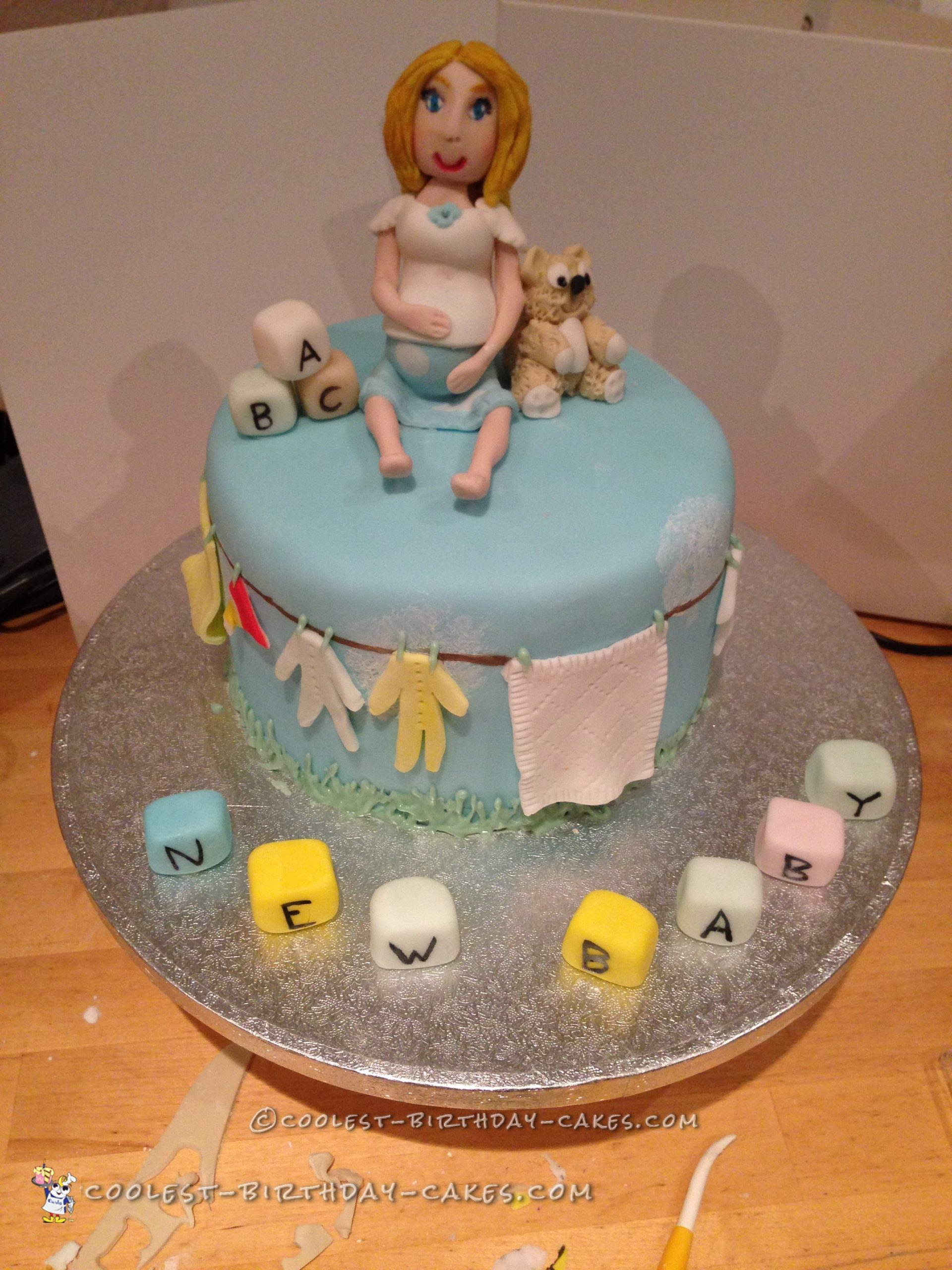 A friend of mine approached me and asked if I could make a baby shower cake for a friend of a friend. She gave me all the details of what she wanted the cake to look like when finished and I agreed to make it for her and this is how I set about making it.

I had to start by making the pregnant lady for the top of the cake. I first made the shape of the legs and then the torso using some flower paste and fondant mixed and coloured in a flesh colour. I made enough to make the arms and head too and then I added the baby bump. I now coloured some icing in ice blue and then cut out small dots using a icing nozzle and placed them onto the rolled out blue icing and then slightly rolled out a little more so the spots stuck to the icing. Then I cut out the shape of the shirt and attached to the model using a little water to stick them together.

I now made a beige bear and some abc blocks for the top of the cake. Following that I made some assorted baby coloured blocks to be attached to the cake board to read NEW BABY, I couldn’t do any more now till the cake was baked.

I now baked a 7” cake and when cold I filled with butter cream and jam and the covered the whole cake in the butter cream and chilled in the freezer. Meanwhile I coloured some icing in pale blue and rolled it out big enough to cover the cake. I covered the cake when chilled and then I pipe iced in green some grass all around the bottom of the cake. I then mixed some white food colouring with some vodka and dabbed some clouds around the baby shower cake.

Now, using a paint brush and some brown food colouring mixed with a little vodka I painted on the washing line all around the baby shower cake. I started cutting out the washing, adding them one at a time around the cake as if they were being blown in the wind. I thought this gave the cake a 3D effect. Then with the green icing I piped the pegs attaching the washing to the line

The baby shower cake was now finished. She loved it and I thought it was great too.