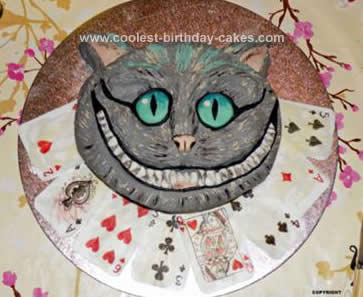 This Homemade Cheshire Cat Birthday Cake is the cake I made for my 22nd birthday, it wasn’t my original idea for my birthday cake, I was originally going to make the Disney cartoon version of the Cheshire cat, but I decided to make the newer version instead.

The whole thing is edible (except the cake board!) The whole cat’s head is cake, even his ears! and the playing cards are edible!

The cake is a basic sponge cake made in a round tin, with buttercream and jam inside. I cut the sponge into an oval shape and used the off cuts for his ears. I carved out the shape of his mouth and again used the off cuts to plump out his nose bridge and cheeks. I then covered the whole cake in a thin layer of buttercream so that the fondant would stick.

I made the grey fondant by kneading white fondant with a small amount of black fondant and laid it over the cake and smoothed it down and trimmed the excess fondant from around the bottom. I used fondant for the details on his face, like his eyes, nose, teeth and his eyebrows. For the texture of his fur I used a fork and then used light grey and blue butter cream for fur texture.

The playing cards were made using wafer paper (also known as edible paper or rice paper). I cut the paper with a scissors to the write shape and size and painted them with food colouring.

And voila! One Cheshire cat’s head! It took me a while to convince my mother to cut it! It looked nice and tasted nice! 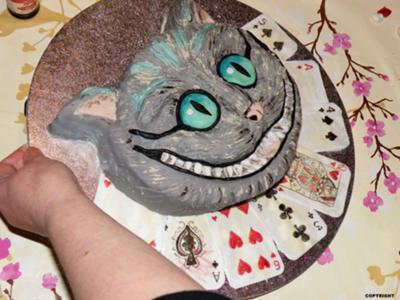 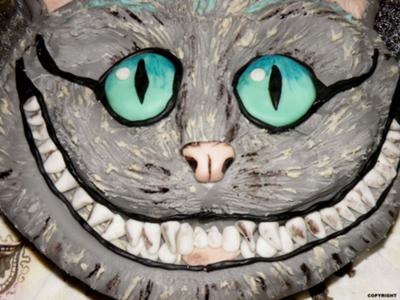 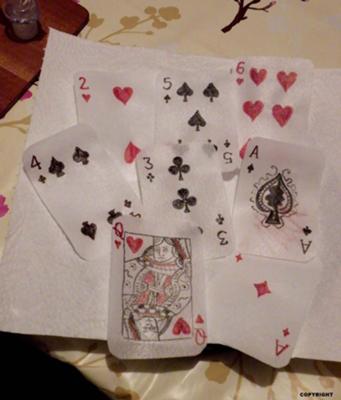 The Cat in the Hat Knows A Lot About That… Birthday Cake!