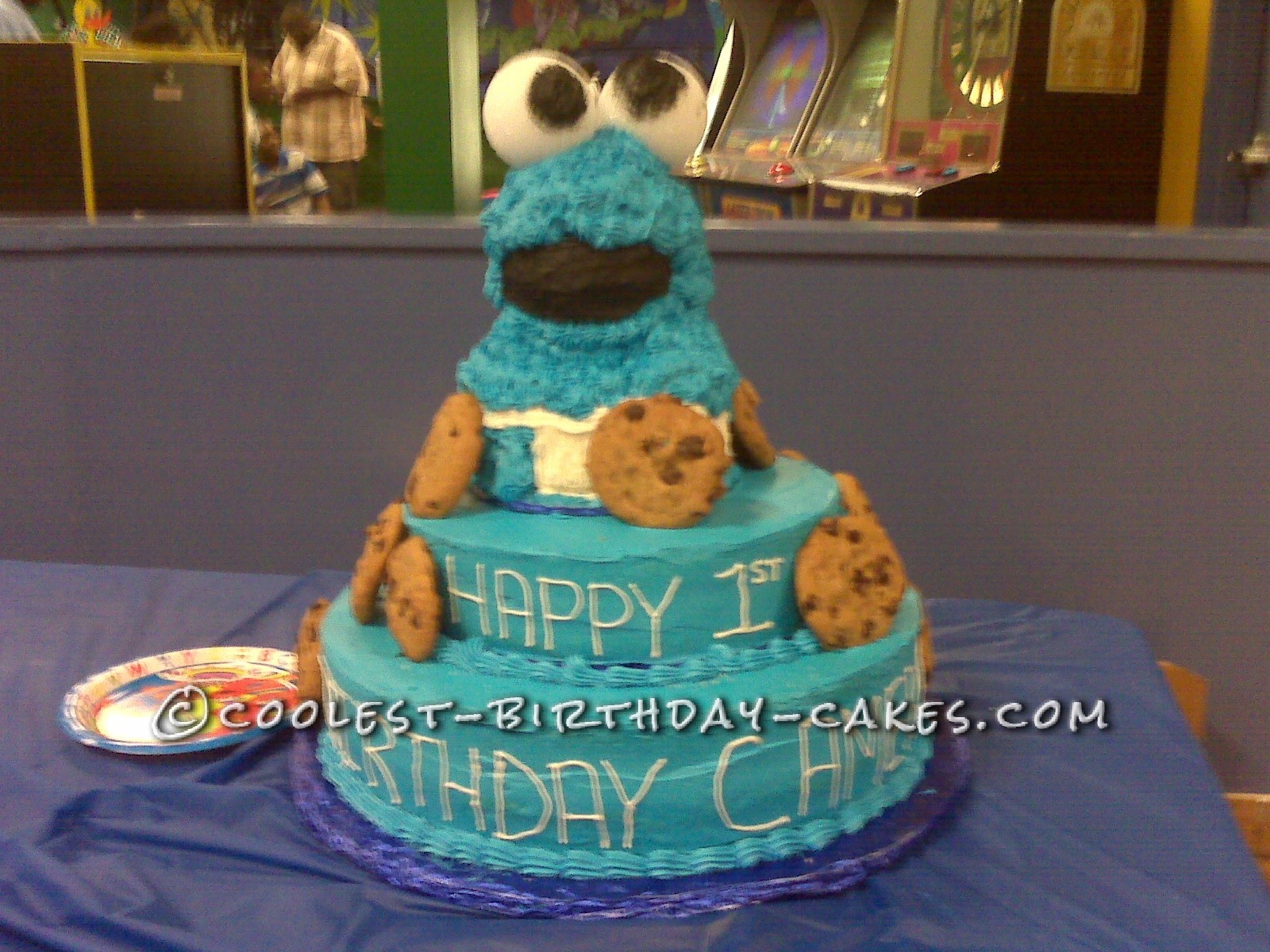 A  few years ago I bought a stand up Winnie the Pooh cake pan. Didn’t know when I was going to use it but I thought it would be cool to have. So finally about three years later I was asked to make a Cookie Monster Cake for a kid’s birthday party. I was like sure that should be no problem. Well making the two bottom cakes was simple but that darn bear cake was something to deal with. I finally got it. After going through two cake batters and then finally a box cake, I got it.

Now that the hard part was over the easy part began. I cut the ears off, because Cookie Monster doesn’t have ears. I made a simple butter cream icing and colored it blue with the Wilton’s Sesame Street colors. I used the grass decorator tip to cover his body. For the eyes I used Styrofoam balls. I wasn’t sure about making rice krispy as I had never made them before at this time. I made black icing and using a large circle decorator tip for the eyes and then for the mouth I just piped black icing to outline line and then filled in with icing spatula. Last I used white icing for his diaper, which I made using an 18 star tip and cookies from Meijers for the finishing touch.

I assembled the Cookie Monster cake onto the other layers at the restaurant where the party was being held and arranged the cookies over the cakes. It received so many oohs and aahs that I felt good and was worth all the hard work. If I ever make this again, I’ll make Cookie Monster fatter by adding a double-layer of icing.  As an novice cake decorator I’m learning as I go.