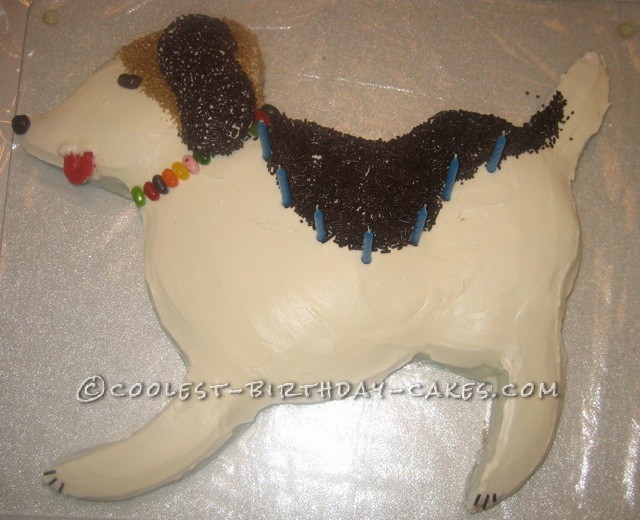 My daughter wanted a puppy party for her birthday, and we aren’t “pink” or “poodle” people, so I took the basic idea of using two 9-inch cake rounds to make the popular poodle cake, but just altered the shapes slightly for this dog cake.

We then frosted the entire cake in white vanilla, and then used chocolate jimmies and demarara sugar to create the dog’s markings. Jelly beans were strung along the neck for the collar and used for the eye. A folded Twizzler was used for the tongue. The nose is a Junior Mint. Finally, a Stella Dioro breakfast treat was frosted and coated in Jimmies to create the dimensional ear. 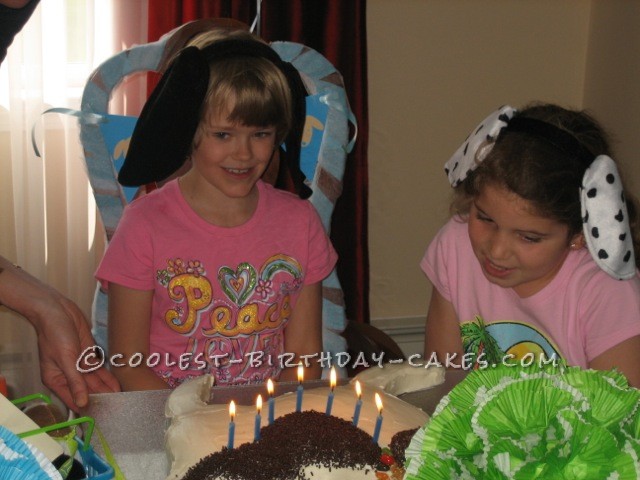 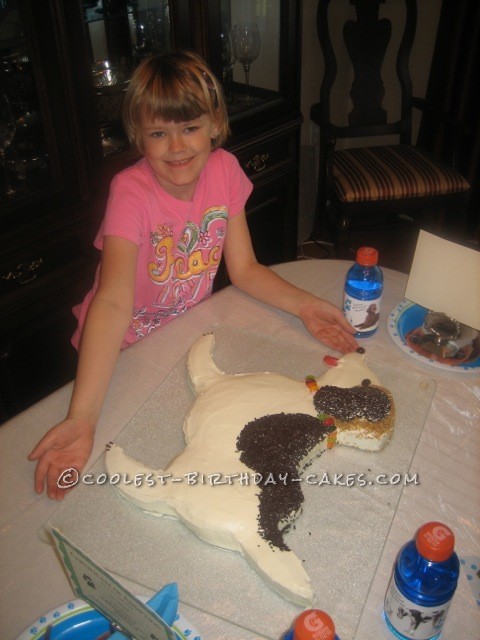