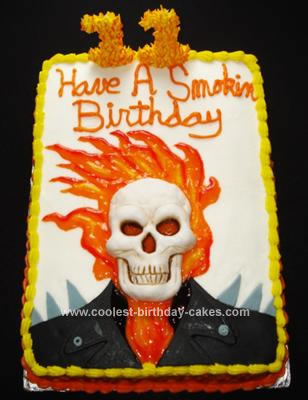 My son wanted a Ghost Rider cake for his 11th birthday and I racked my brain trying to figure out how I was going to do one. I decided to see if I could make a skull out of rice krispies.

I found a picture of a ghost rider skull and traced it on waxed paper. I sprinkled some powdered sugar on the waxed paper to keep the rice krispies from sticking to it and then shaped the skull. I covered the skull with white fondant and used brown food coloring and a toothpick to make the details.

I made the flaming candles also. I used regular yellow cake candles and encased them in yellow royal icing in the shape of the number one on a sheet of waxed paper. Be sure and don’t cover the tops of the candles with icing. Insert one or two toothpicks in the bottom of them before they harden. After they harden, insert them in a piece of styrofoam so they are upright and you can decorate them with the flames. I used a leaf tip for the flames.

Using a paint brush, put a two lines of orange food coloring in the decorating bag before you put the yellow royal icing in. This gives you that two tone affect. Start at the top of the numbers and go all the down on both sides. Let them dry before you move them. 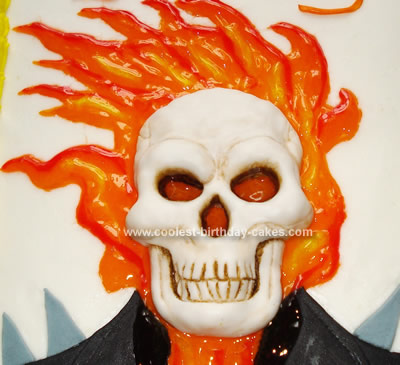 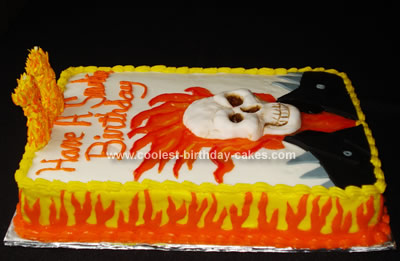