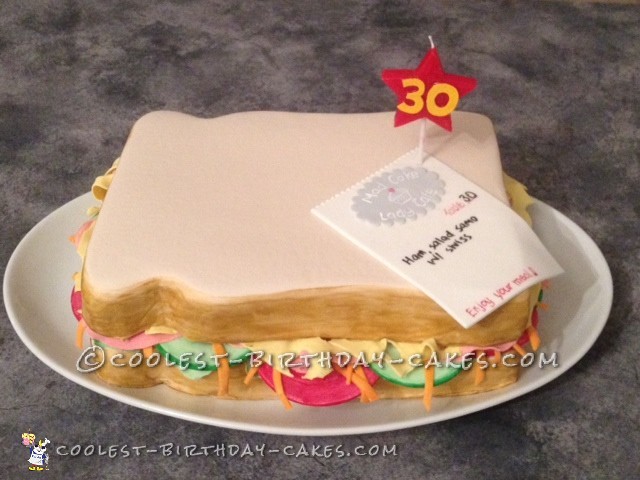 When asked to make a chocolate cake in the shape of a giant ham and salad sandwich, I thought “AWESOME!!” (but a little odd). The birthday boy loved eating sandwiches. The only other request was for it to look like wholemeal bread.

So my crazy mind starting thinking of plating, elements of the filling etc. and how I envisaged it to look .. just like a real sandwich.. The cake itself was made from a 28cm square tin, layered into nice thick toast slices and shaped to look like bread.

Each layer was then ganached and left to set. Then covered with fondant and smoothed and imprinted the top with a texture mat to look like sliced bread (it doesn’t really show up that well in the pic). I hand painted the crust with brown coloring mixed with vodka.

I had premade the cucumber and tomato slices shaped and hand painted with tinted gum paste (late one night). The lettuce layer was made with green gum paste rolled very thin and the edges frilled with a balling tool. The carrot was just orange gum paste left a little thick and hand trimmed into grated carrot.

The cheese layer was gum paste, rolled very thin and the end of a piping nozzle to cut little holes out like Swiss cheese. The  ham was pink and brown gum paste mixed together and rolled out thin and cut into large circles.

Layering the sandwich so each element was seen was a little tricky but lots of fun. I finished the top with a order docket and the candle to look like a food pick. The cake and the platter was actually 5kg. The sculptured cake was 26 x 20 cm.

The birthday boy was apparently speechless and just shook his head.  People at the party didn’t realize it was a cake at first (same as when I shared it on my Facebook page until they read it was an actual cake and I wasn’t just posting picks of a late night snack, lol.

I am really happy with the outcome and it was just as planned. 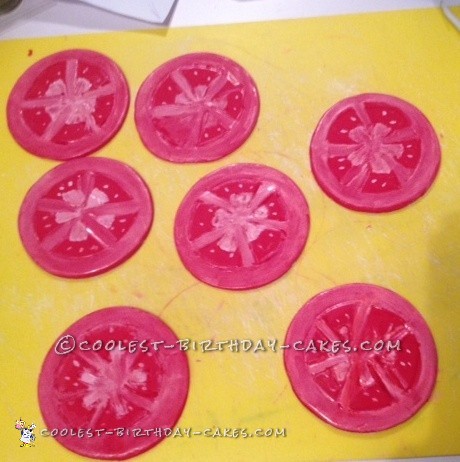 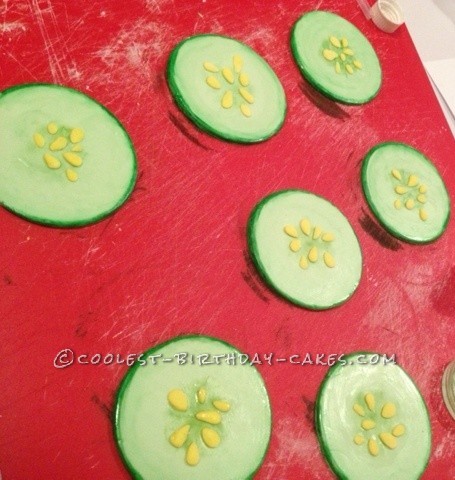 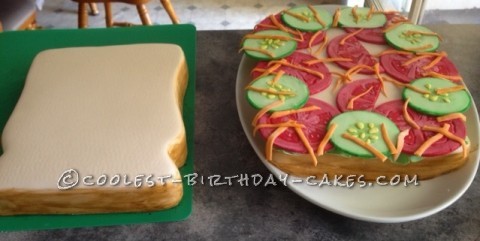 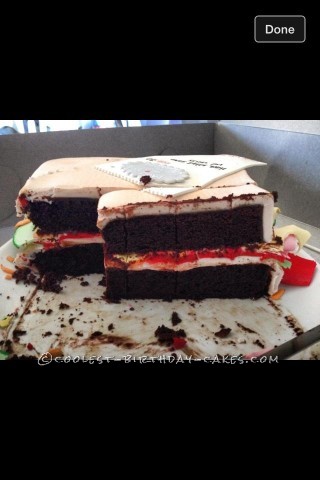