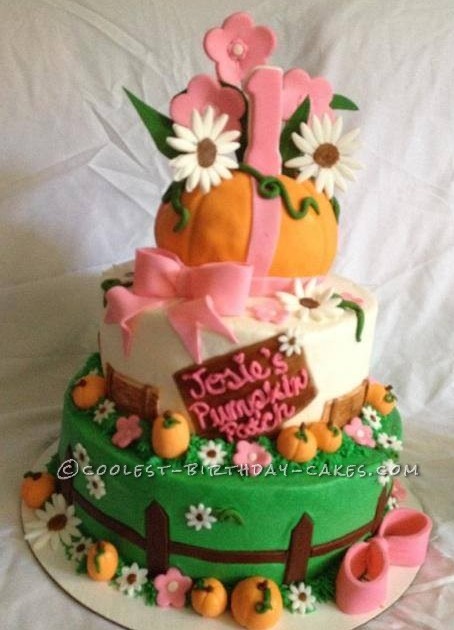 Well, let me start by saying that this pumpkin patch cake had to be one of my most favorite cakes to make ever! I absolutley love fall and pumpkin season. This cake was made for my cousin’s daughter’s 1st birthday party at… where else, but a pumpkin patch.

The top pumpkin was made from rice cereal treats. I made the treats and used a small round cake pan to help mold them into the shape of the pumpkin. I then let it set for awhile and used a wooden dowel to give some indents around the pumpkin. I iced it in buttercream, covered it in fondant, smoothed it out, and added the ribbon and bow details after I placed it on top of the cake. This was secured in the cake with a wooden dowel. It kept it very sturdy especially since the cake had an hour drive to its destination. I also added fondant flowers, leaves and a number “1” on top.

All the decorations were made of fondant!

This cake was definitely a hit at the party. Even the birthday girl enjoyed her matching smash cake. Enjoy!!! 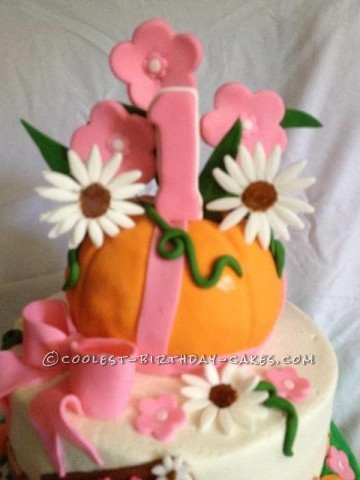