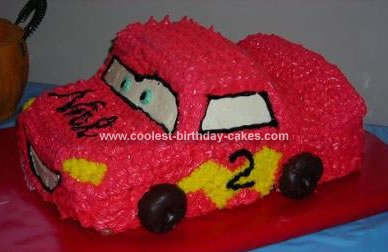 My best friend’s son wanted a Cars themed party for his second birthday. I volunteered to make a 3D Lightning McQueen Birthday Cake for the party.

I baked 2 sheet cakes and a smaller piece in a loaf pan. After they cooled, I froze the pieces to make them easier to carve. I layered the cakes using the smaller piece for the top of the cab and then covered them in a thin layer of frosting. Using a knife I then carved out the bumpers, wheel wells, and shaped the cab. I also pieced together scraps to make the spoiler.

I applied a layer of white frosting where the windows and grill would go first. I then started piping the red body using a star tipped bag. It took a lot of unflavored gel food coloring to get a vibrant red. I then finished the detailing with black trim and yellow for the lights and lightning bolt on the sides.

I put a number 2 on the side because it was his second birthday and put his name on the hood. I finished it out with the face and chocolate donut wheels. It was a hit! I then froze it again to make transporting it easier. 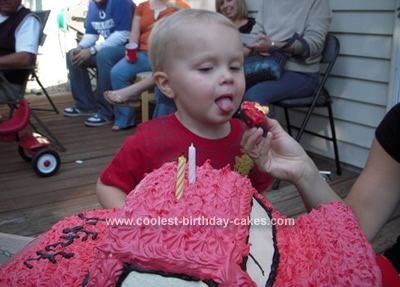 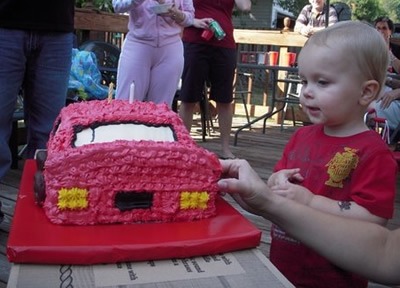 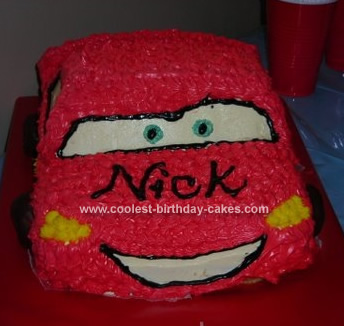