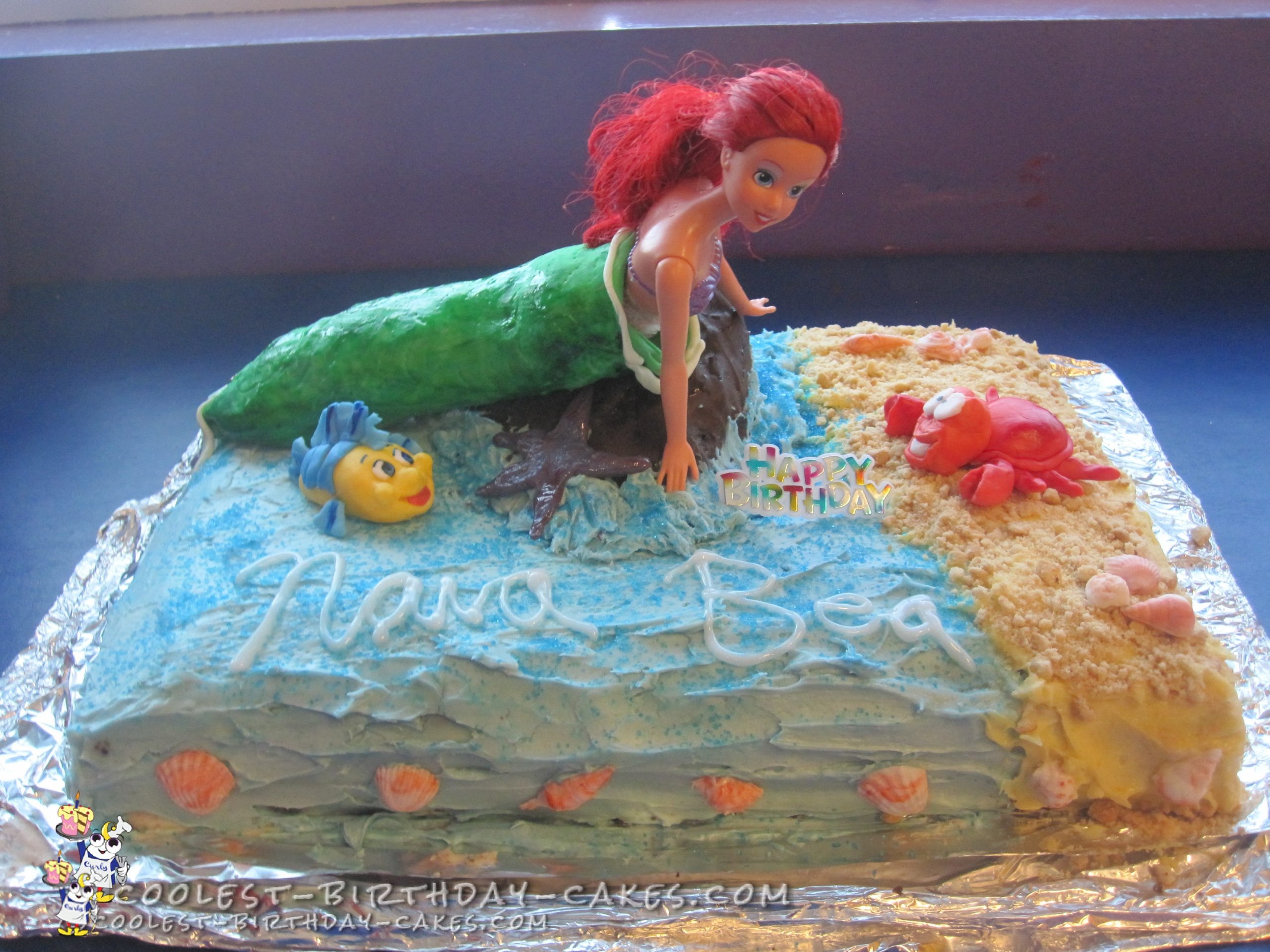 From the day my soon-to-be 5 year old told me she wanted an Ariel birthday cake for her party, I became slightly obsessed with online research. I quickly found this website and enjoyed perusing the many amazing Little Mermaid cakes.

My initial plan was to use a bowl and make an Ariel doll coming out of it (I happily found one at a second hand shop for 2 bucks and washed it well before wrapping the body with saran wrap). However, weeks later I settled on using a sheet cake and after seeing a youtube video on making a rock cake pop, I decided I was all set as Ariel could be perched on the rock.

The key elements of the cake were drawn from many different cakes, so I am indebted to all the wonderful bakers out there and especially to the people who provided instruction on creating Little Mermaid figures out of fondant.

When my daughter walked into the kitchen, her eyes got very big and she was thrilled, though her first question was, would she get to keep Ariel and could she eat all the fondant off her tail. (Answers: Yes to keeping and no to eating all that fondant.)

The kids were all pretty impressed with the cake as were the parents, who also appreciated that the cake didn’t just look pretty but tasted yummy too.

The day after the party, my daughter reported that her friends all told her how much fun they had and how cool the cake was.  My first foray into fondant turned out pretty well. 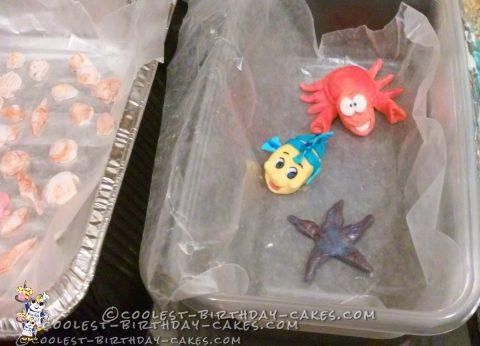 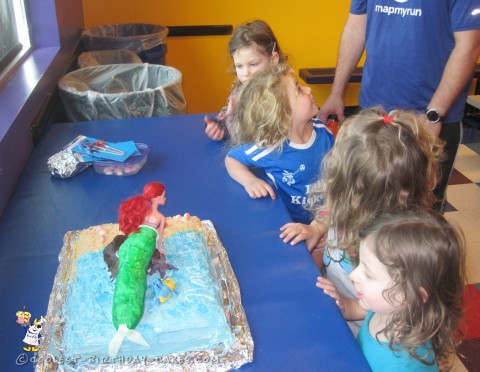