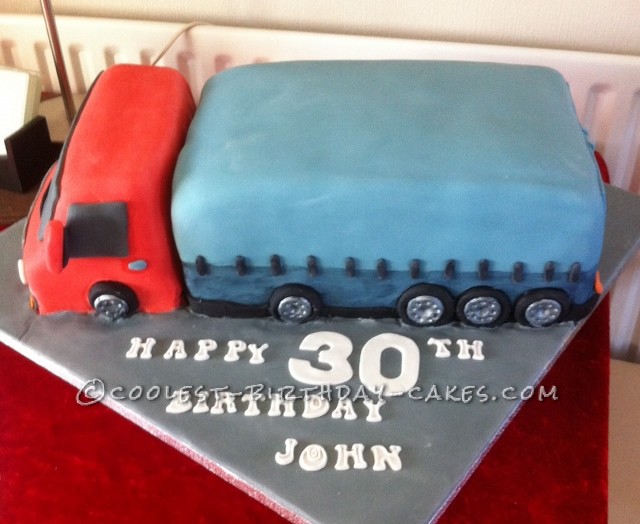 Someone who I’d make a cake for previously was really pleased with the outcome that she asked me again but this time she wanted a large lorry cake. I’d made a lorry cake before but a lot smaller and it didn’t turn out that well to be fair. I thought it’d been in an accident, ha ha (I did only have a day to make it). Well this time I really needed to take my time and get it right and learning by my mistakes. This is how I made it.

I started by making 10 wheels and two mirrors and two number plates out of flower paste because these needed to be hard and I pushed two cocktail sticks into each of the mirrors so later I can attach to the cake. I baked 3 x A4 size cakes and when cold I filled 2 of them with jam and butter cream and leveled the top of the cake before covering in butter cream and then chilled in the freezer. Meanwhile I colored some fondant icing in a dark blue ready to cover for the back of the lorry. When the cake was chilled I covered in the blue icing and then set aside.

To make the front of the cake I cut the cake into 3 pieces, one piece being a bit shorted that the other two. I then sandwiched them together and then cut it into the shape I required. I now covered it in butter cream and chilled in the freezer. I colored some fondant icing in red and when the cake had chilled covered it in the red icing.

I placed the two together on the cake board and then cut out circles around the base to attach the wheels. I then colored some fondant in black/grey and cut out the shape for the windows and the grills on the front of the lorry with a little black icing. I made the window wipers. With white I cut out some circles for the lights and did this in orange and also in red and then attached them to the cake. With some yellow and red icing I made the reflector warning strips for the back of the lorry.

I now rolled out the shape of the doors on the back of the lorry and cut out long strips to form the lock. I wrote on the number plates with edible pen and attached to the cake. I covered the board around the cake and made a garden in the corner and then pipe iced around the cake in a grey. Finally the wording was added to the board.

It was a great hit at the party, everyone was asking who’d made the cake and I was really pleased too. 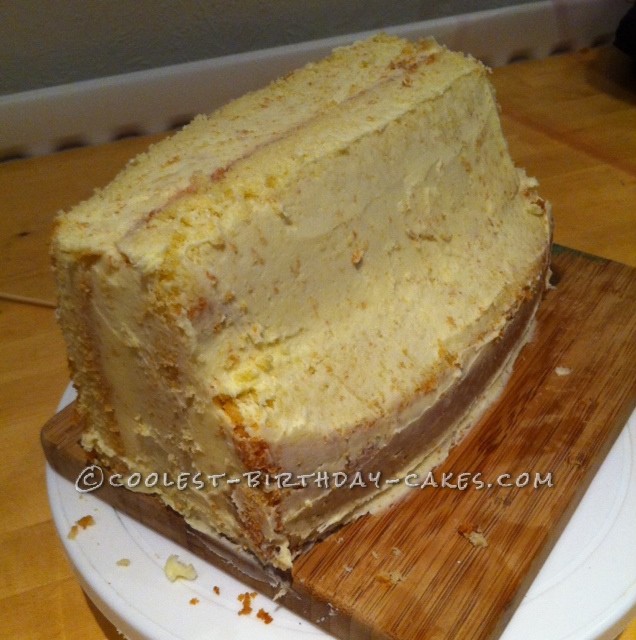 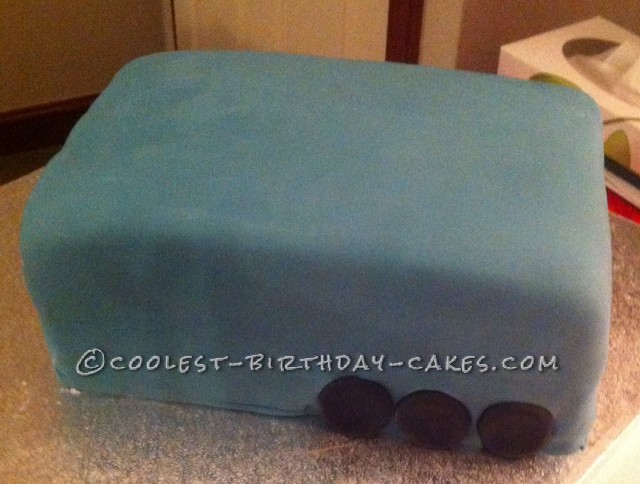 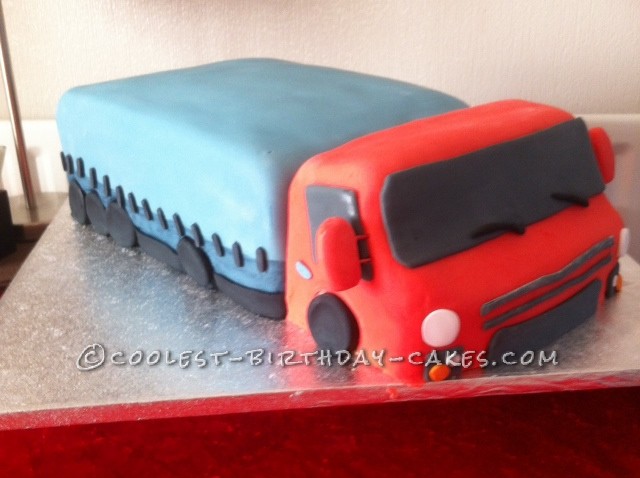 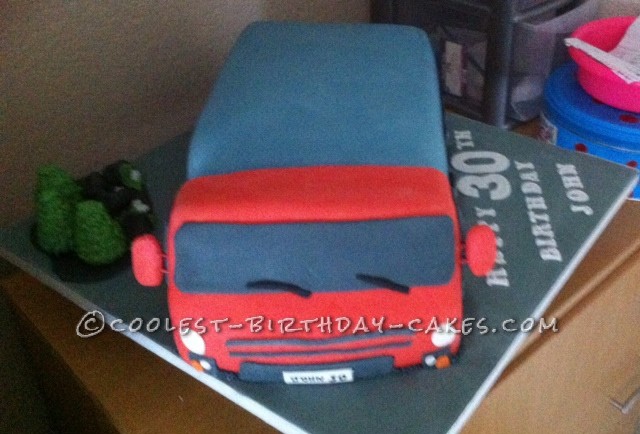