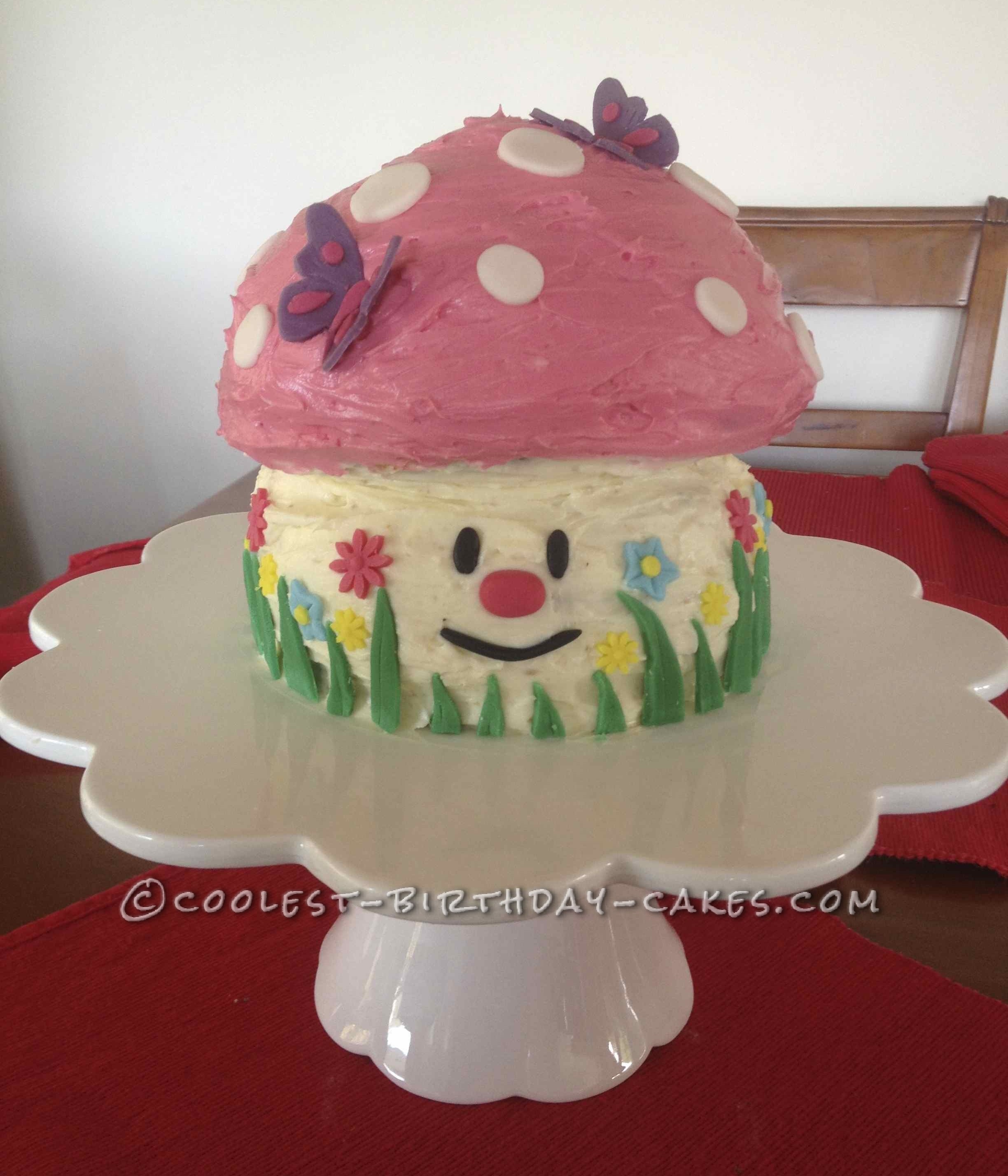 I decided to make a mushroom shaped cake for my daughter’s first birthday after searching the internet for inspiration. However, I wanted to make it relatively healthy so I decided on a carrot cake. I made it with half gluten free flour, half regular flour (because I didn’t have enough of the regular flour) and half the suggested amount of sugar. To get the shape for the mushroom, I used a Pyrex bowl for the top and a regular cake tin for the bottom, cut down and shaped with a knife after baking to achieve the right shape. I had to make the base relatively wide to support the weight of the top. I baked the cake the night before to allow it to cool before decorating. 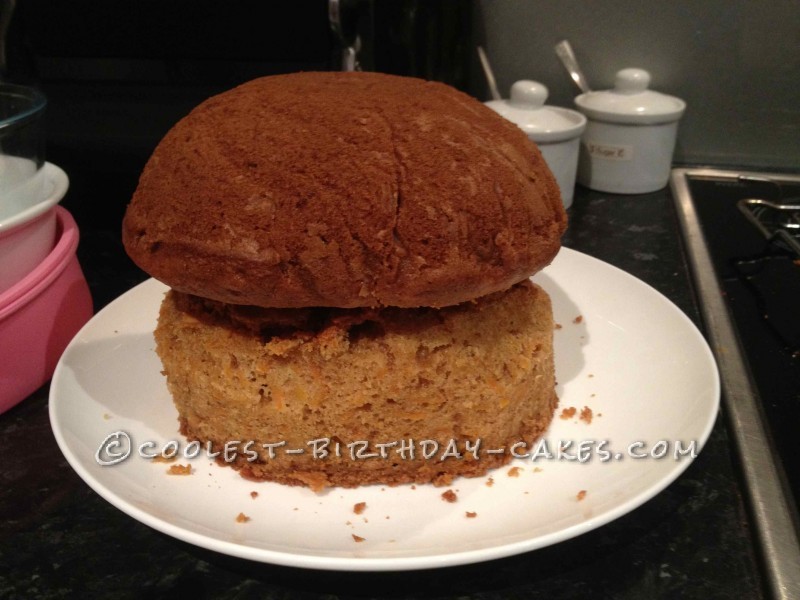 The carrot cake pieces before icing

For the icing I made a traditional cream cheese lemon icing (again because I think this was a more healthy alternative to a butter cream or fondant icing). I halved the icing and added red food coloring to half for the mushroom cap. I iced the cake just a couple of hours before serving. 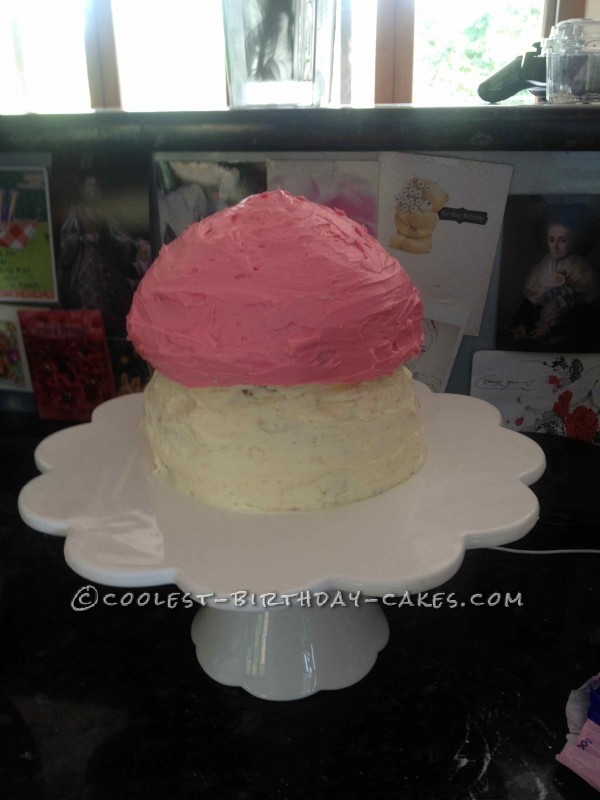 I began making the fondant flowers and spots for the cake about one week early to make sure they had time to dry out a little. A lot of the mushroom cakes I found online were little mushroom houses but I decided to give the mushroom a smiley face instead. Plus two butterflies to go on top and some grass to go around the base! After icing it was simple to just place the decorations onto the icing and press in slightly. 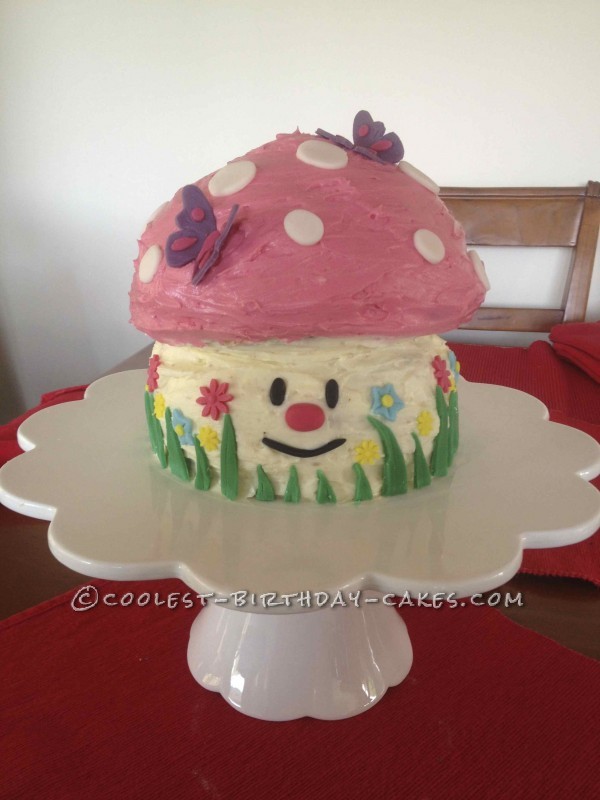 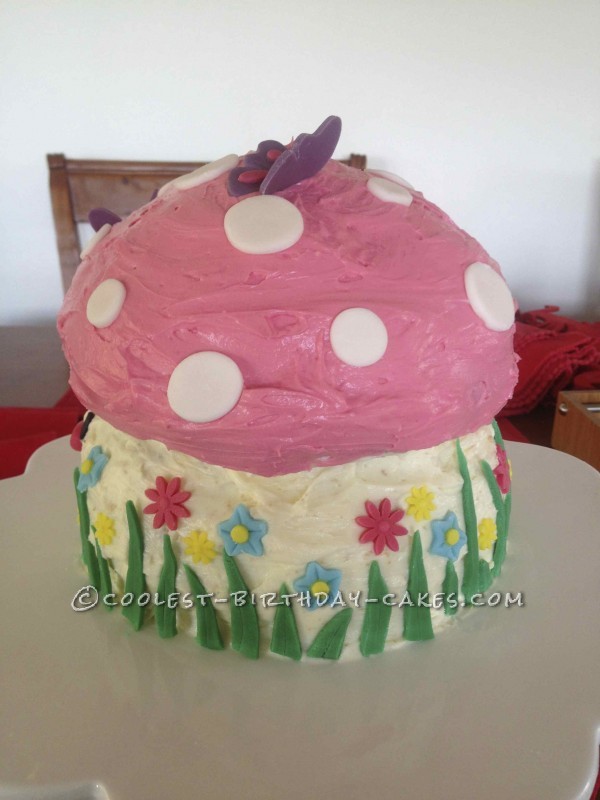 Everybody loved the cake! My daughter was especially excited! Plus I got lots of comments about how tasty it was! Everyone was expecting a plain sponge cake with butter cream icing. I’m not sure how I am going to beat this cake next year, but it will be fun trying! 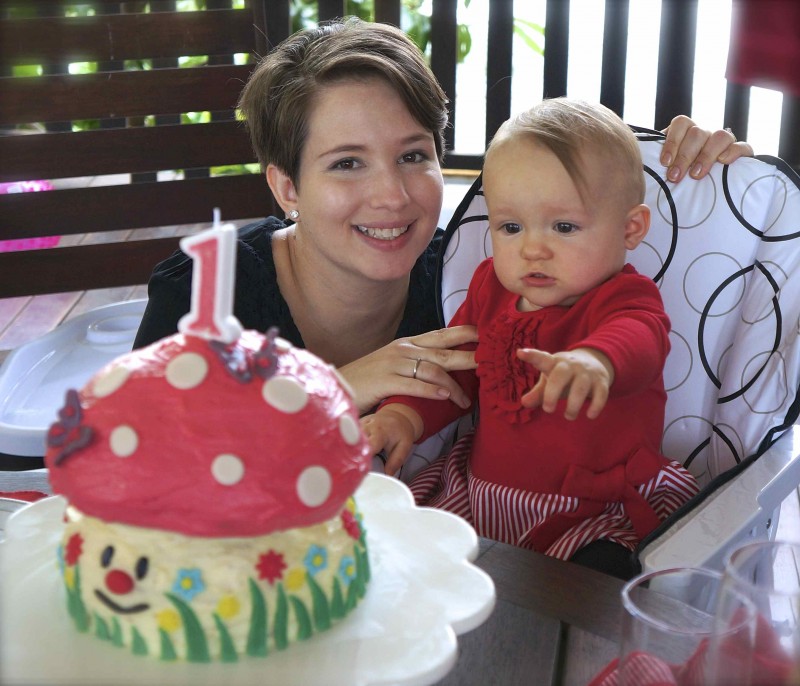 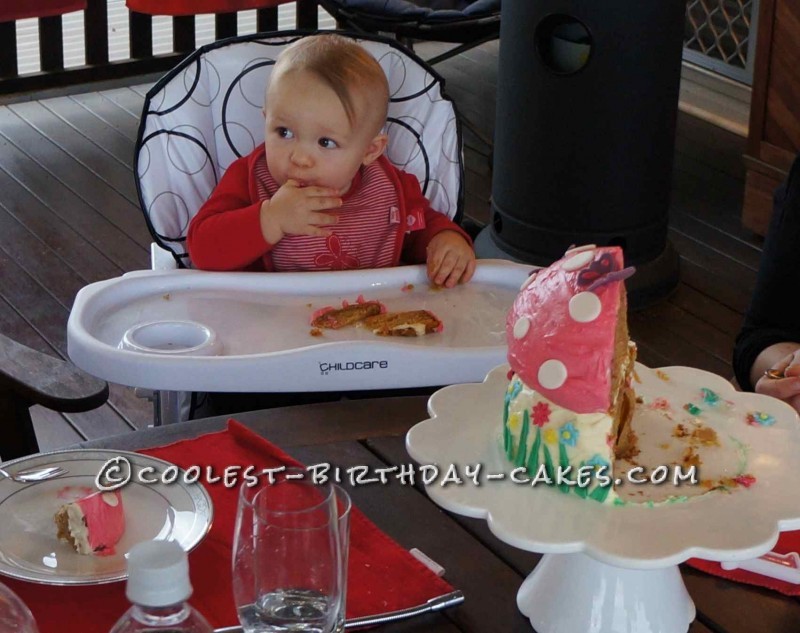