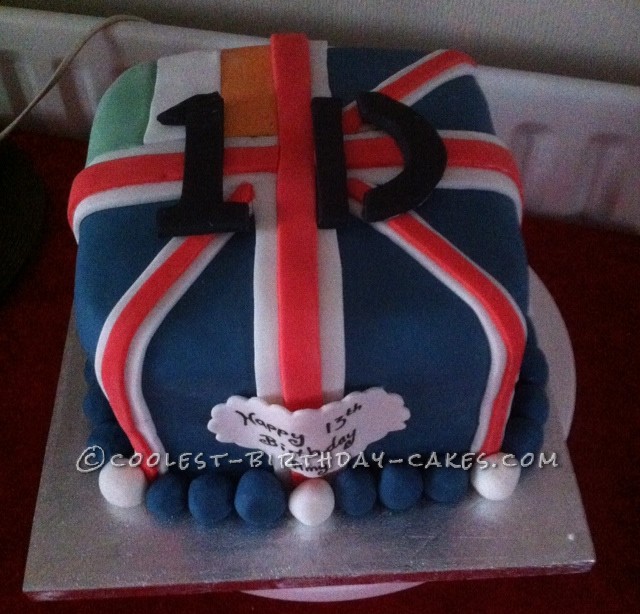 I was asked to make this One Direction birthday cake for my friend’s granddaughter, she love the band One Direction but didn’t know what type of cake to have so she searched the net and forwarded me a picture similar to this cake but the picture she sent me was pipe iced in butter cream. I asked if she minded it being iced in fondant, she didn’t so this is what I did.

I baked a 3 x 8″ square cake layers and filled with butter cream and jam and then covered in butter cream and chilled in the freezer. Meanwhile I colored the base colored icing in dark blue and using my big mat I rolled it out ready to ice the cake.

The cake is now ready to ice. I covered the whole cake in the blue fondant and smoothed it with my smoothing tool. I rolled out some white fondant in the same sized strips and attached to the cake in a cross but cutting out a small piece of the white icing from the top corner of the cross for the orange icing to be attached later. I cut three thinner strips of white icing for the diagonal strips and attached to the cake.

I rolled small balls of icing in the colors to match the icing around the base of the cake and attached using a little water. I made a white plaque with flower paste and set aside to dry over a small tube so it dried curved and then added some flower paste to a small amount of black icing I had and rolled it out I then cut out a template of the number 1 and the letter D and cut it out the icing using my wheel cutting tool and set aside to dry.

The next day I wrote a message on the plaque I made the day before and attached to the cake using a little royal icing and then attached the 1 and the D to the top of the cake to finish off. She loved it. 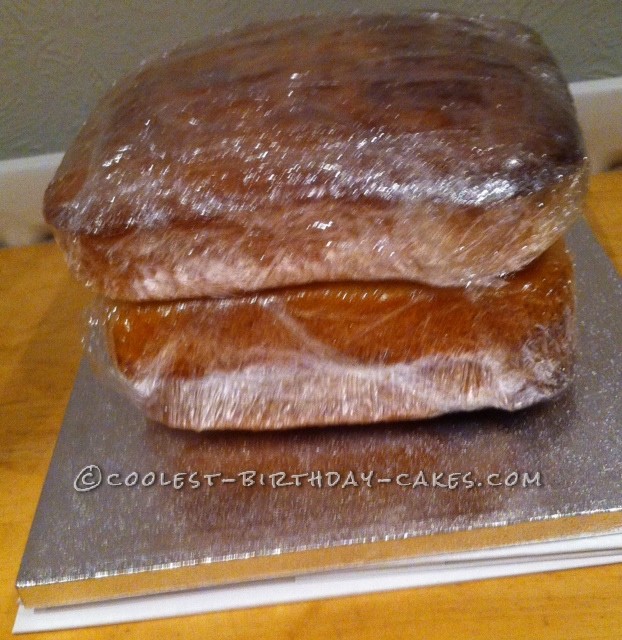 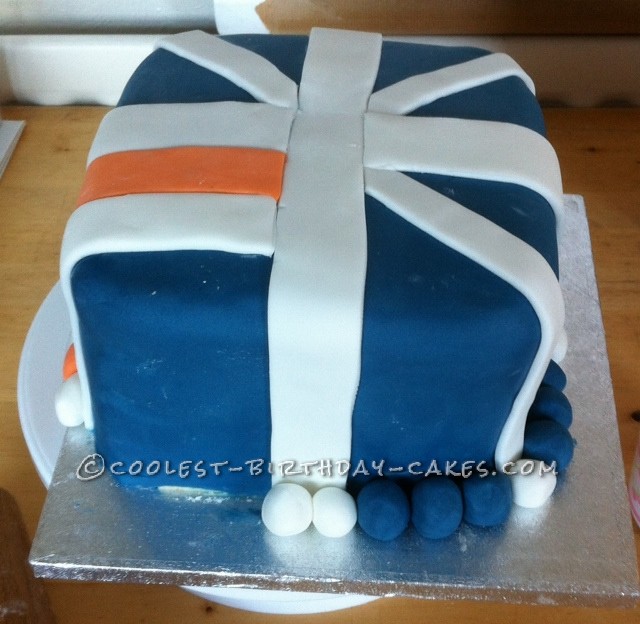 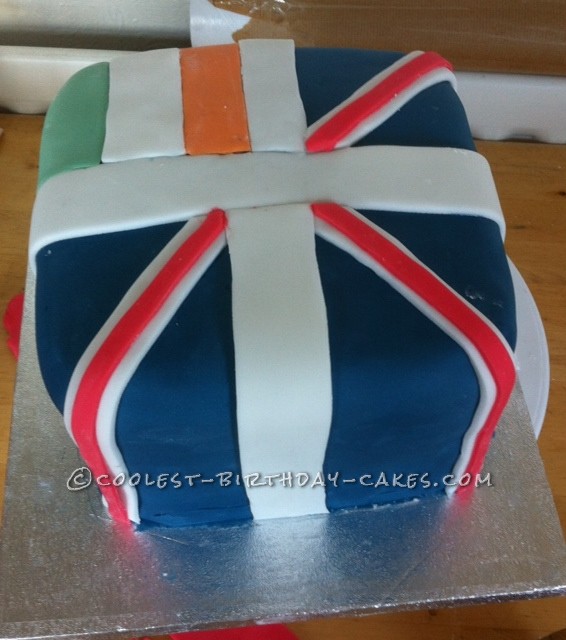 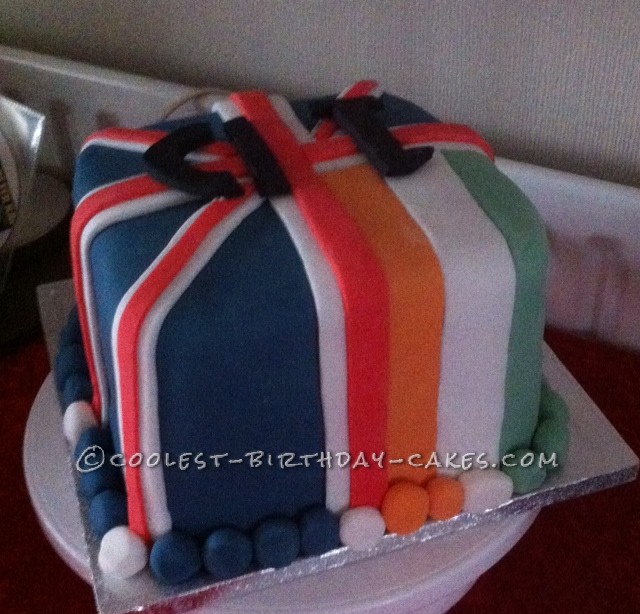