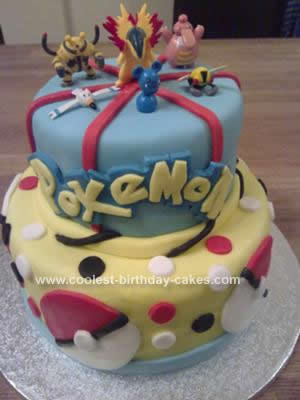 I made this Pokemon Birthday Cake for my son, Cameron, to take to his Cub camping weekend. It is a chocolate sponge base with a marble sponge cake on top. These were both covered in a buttercream crumb coating and buttercream filling in both.

I think that this would make a great birthday cake for any Pokemeon fan.