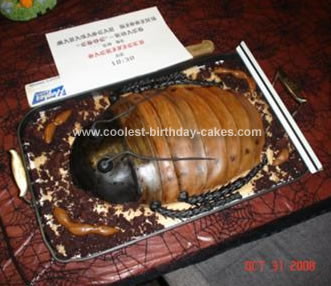 My office has a Halloween carry-in every year, for which I like to make something unusual – I’ve made a meatloaf mummy, a haunted house cake, and a “Nightmare Before Christmas” cake, among other things.

This year I saw a picture of a roach cake online and thought “that’s a good idea”. But I made mine more life-like, using a photo as a guide.

I baked up 3 boxes of devil’s food cake, ending up with a large loaf, a bundt, 2 8-inch rounds, and a dozen cupcakes.

I didn’t know exactly how I was going put it together, but I ended up using all the shapes in one way or another.

The main body was the loaf, with the sharp edges trimmed off and the center hollowed out and filled with green-tinted vanilla pudding. I cut up the bundt for the sloping sides and back end, and part of the one of the rounds for the head. I used a cupcake or two to fill in gaps.

A tub of frosting was used as glue between the cake pieces, as well as a crumb layer over the whole cake.

I tinted fondant with black gel color for an initial all-over layer (which ended up being dark grey), then used up all my brown gel for the body – the color still wasn’t right, so I brushed watered-down copper gel over the body after it was put together.

To make the body, I rolled out the brown fondant to roughly the same shape as the cake, then cut curved strips and laid them on the body, starting at the back end, overlapping the edges slightly, like roofing shingles.

When I got to the “shoulders”, I added a little black to the brown fondant for one additional strip, then added more black gel to the black fondant for the head.

The legs are also black fondant, rolled, then snipped with small scissors, at an angle, to make the spines.

The watered-down gels also give the cake a nice sheen, so I did black on the head an legs and made the spots on the sides of the body.

I crumbled some cake around the platter (I had more than half of it left), and added some Tootsie Roll cat turds for an additional gross-out effect.

I had hoped the pudding would ooze out when the cake was cut, but it was too thick – it made a cool gross center, though!

(I took photos of the process, too) 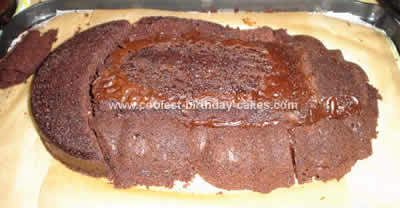 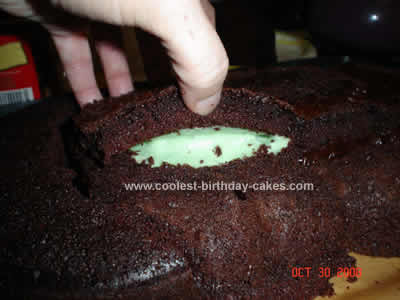 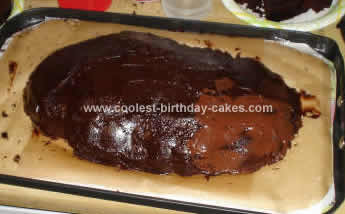 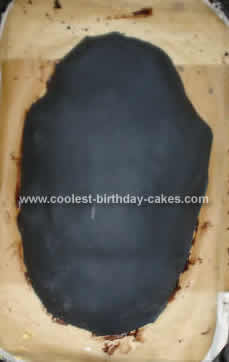 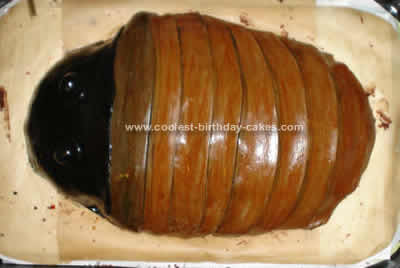 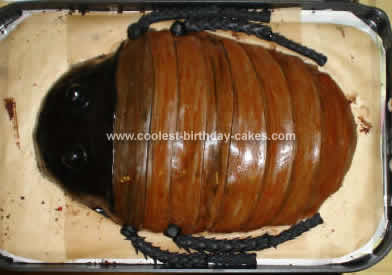 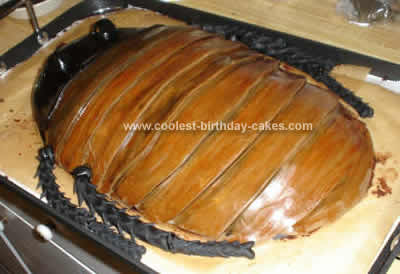 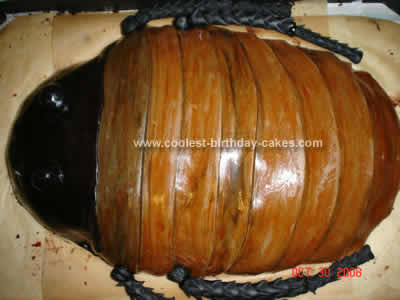