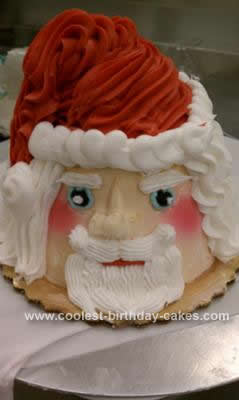 I made this Santa Claus cake using two four inch round petite cakes and a cupcake. I iced the two petite cake and iced the cupcake up side down onto the petite cakes. I then took a 102 rose tip and piped a nose.