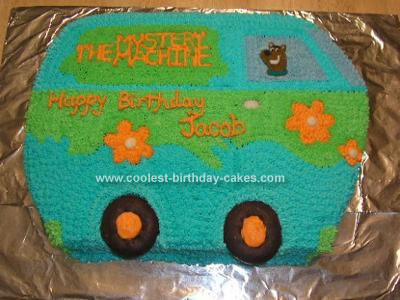 I made buttercream icing and tinted it teal, leaf green, orange, pale blue and left some icing untinted. I drew the designs on the cake with a toothpick and then began to ice the cake with a star tip. The Scooby Doo in the window was a candy cake decoration I found at the local cake store.

It was a blast to make!