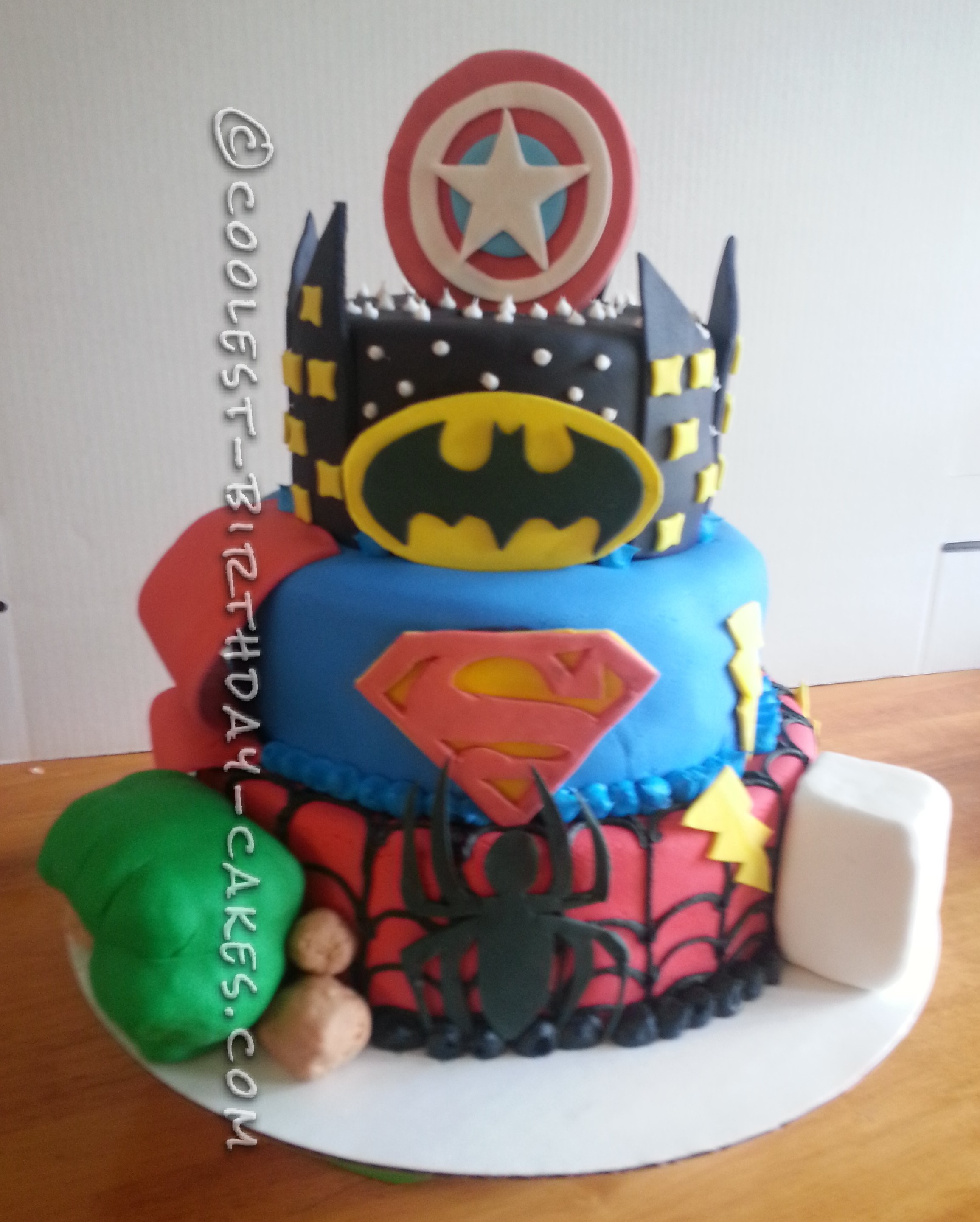 This superhero cake was my first attempt at a stacked cake.

Being a first time stay at home mom I decided to work on my dream career… making cakes and cupcakes! After offering my services on Facebook I was instantly flooded with orders.

The first birthday cake order I received came from a mother who was having a superhero themed party. I was sent a picture of what she wanted and was informed the party was in three days. I couldn’t have been happier! But… I had never worked with gum paste, that much fondant, piping OR stacking cakes.

After a long night of research I prepared a list of what I needed to do the next day and went to bed. After waking up early, to feed the baby of course, I decided to start on the cake. A few hours later I had six beautiful cakes. Two six inch, two eight inch, and two ten inch round cakes. I grabbed my trusty pampered chef knife and began leveling and stacking my layers. I quickly crumb coated each layer and put them in my fridge to set.

While that was happening I had to step back into mommy roll. After an hour went by I began coloring my gum paste for the Batman, Captain America, Superman, and Spiderman symbols. Not being experienced in gum paste work I quickly amazed myself. It was like I found a hidden treasure in the baking world. It cut so nice and hardened beautifully.

Once the symbols were done, I went on to color my black, red and blue fondant to cover the layers. From there I covered, smoothed and cut the excess fondant off. Now was the time to stack, something I had dreaded from the beginning.

I placed each layer on top of the next and inserted my dowel rods. Another amazement! How easy they were to stack and hold. Off to sculpt my Thor hammer and Hulk hand. Realizing how much fondant or gum paste it would take to make these a thought popped in my head… rice cereal treats! A quick run to the store and I was back on track. I sculpted, iced and covered them in fondant.

With the day coming to an end, I went to bed tossing and turning and thinking about the finished product. As soon as I woke up I was running to the kitchen to finish. I piped the bottom layer with webbing and put the Spiderman logo on it. I then moved to the middle layer and put the Superman logo on. Finally, on the top layer I added the Gotham city buildings I had cut from fondant, put the Batman logo on and put white icing dots all around. I topped the cake with the Captain America shield and with a few finishing touches it would be complete.

Hulk’s fist was to the left with rocks, and Thor’s hammer with lightening bolts to the right. I piped some quick dots in between the layers and stepped back to examine my work. How did I do that!? I have never been to cooking school, taken a decorators class or anything! I couldn’t contain my enthusiasm! I took pics and sent them to my friends and family. Their kind words meant so much. And to have my fiance look at it and say it was amazing really put me on top of the world.

The next day I convinced my mom to ride along and hold the cake while I drove. After a terrifying thirty minute drive, it was time to walk it in. When I walked through the doors I was instantly surrounded by superhero decorations. The mother couldn’t wait to open and get a look at the cake. As soon as the box was opened she was speechless! It was “perfect” and she couldn’t thank me enough. After walking back out to the car I couldn’t help but feel on top of the world again.

That superhero cake not only let me try new techniques of decorating, but helped push me to realize I can do more then I give myself credit for! 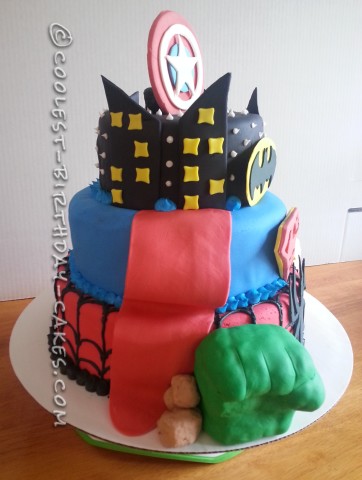 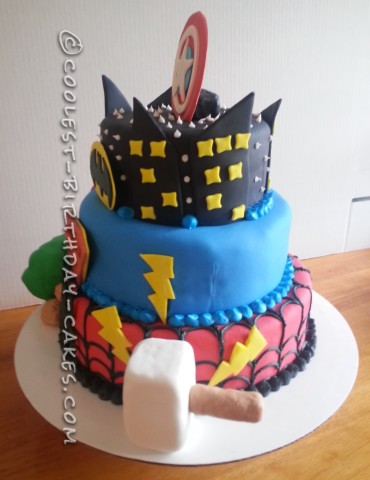