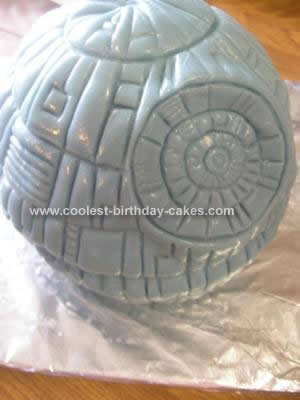 The Star Wars Death Star Cake was for my husband’s 36th birthday. I never bake him a cake but I asked my daughter what type of cake we should bake daddy for his birthday. She said a Death Star Cake. Having just made a cake a couple weeks ago for a friend’s gathering I had some left over fondant and got to work.

I used the Wilton Sports Cake Pan to achieve the ball shape. The cake was a 4 Egg Yellow Cake recipe that I had. Once the cakes cooled I trimmed them in the pan (I find it easier to trim them in the pans.) I then removed the cakes and trimmed one of the bottoms so it would sit flat on the board. Frosted the two halves together and then placed a cake dowel through the middle. I frosted the cake completely and placed in the fridge (so it didn’t melt.) The frosting was a simple buttercream frosting then I covered it with gray marshmallow fondant.

Once the cake was covered with fondant I then drew the lines for the Death Star with a simple clay loop tool (that I use strictly for cakes)this process was tedious but it paid off in the end. 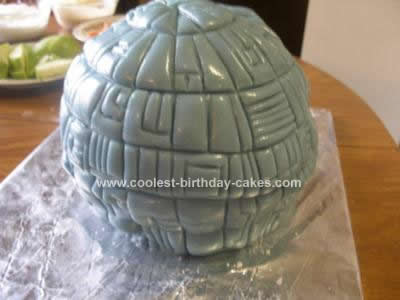 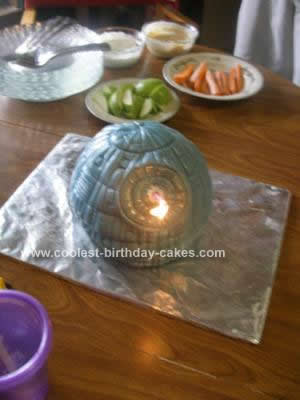