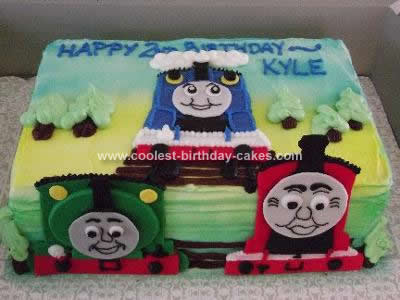 I was asked to make my friend’s son’s birthday cake for the second year, and he is only 2! Hopefully this is a pattern! I was asked to do a Thomas the Tank Engine and Friends Cake for Kyle’s 2nd birthday. I usually would have gone to Wilton’s character pans but apparently THOMAS THE TANK ENGINE shaped pan is discontinued and hard to come by (some pricey ones on EBAY). I took a few days to think of how I would make one and decided to go on to his official website for ideas.

I found a color page activity link that I was able to print out. I stared at it for a few days and finally it cake to me: I can use the coloring page as I do when I carve pumpkins! I used a toothpick and poked out the images on fondant. I first rolled out the color fondant that I needed, used a layer of parchment paper on top, then laid the coloring page on top (paper will stick to fondant if you do not use a layer in between). Then I poked a toothpick along the lines that I needed for the shaped that I was doing.

Once all was poked, I pulled off the layers and used a knife to follow the lines and cut out each shape (be sure to cut inside the pokes so edges don’t look like ridges. I did that for each color fondant that was needed and then for each character I was using. Once the pieces were cut out, I then layered them to assemble the character.

I used small dabs of icing to attach the pieces. Then I filled in detail with icing. I then decorated the cake and added the characters. I found that if you have to add this technique to the side of a cake like I did, some pieces may slide off. So I supported them by inserting toothpicks to where support was needed. Then I decorated the toothpick ends with little dabs of icing so they were not noticed. I did put a warning label on the cake so they can pull out the toothpicks before serving!

Overall, it was an easy technique. 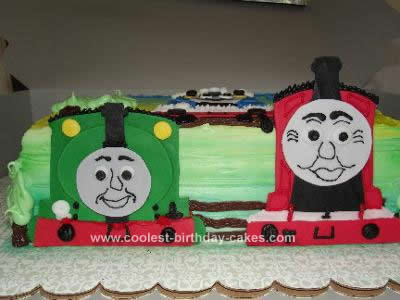 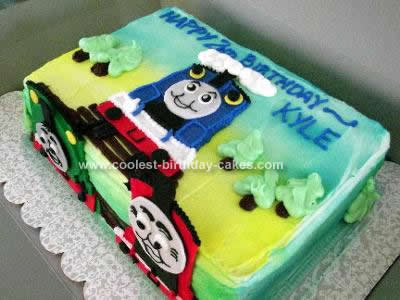 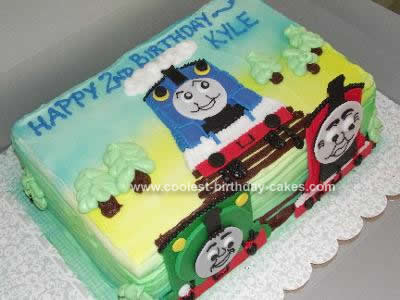