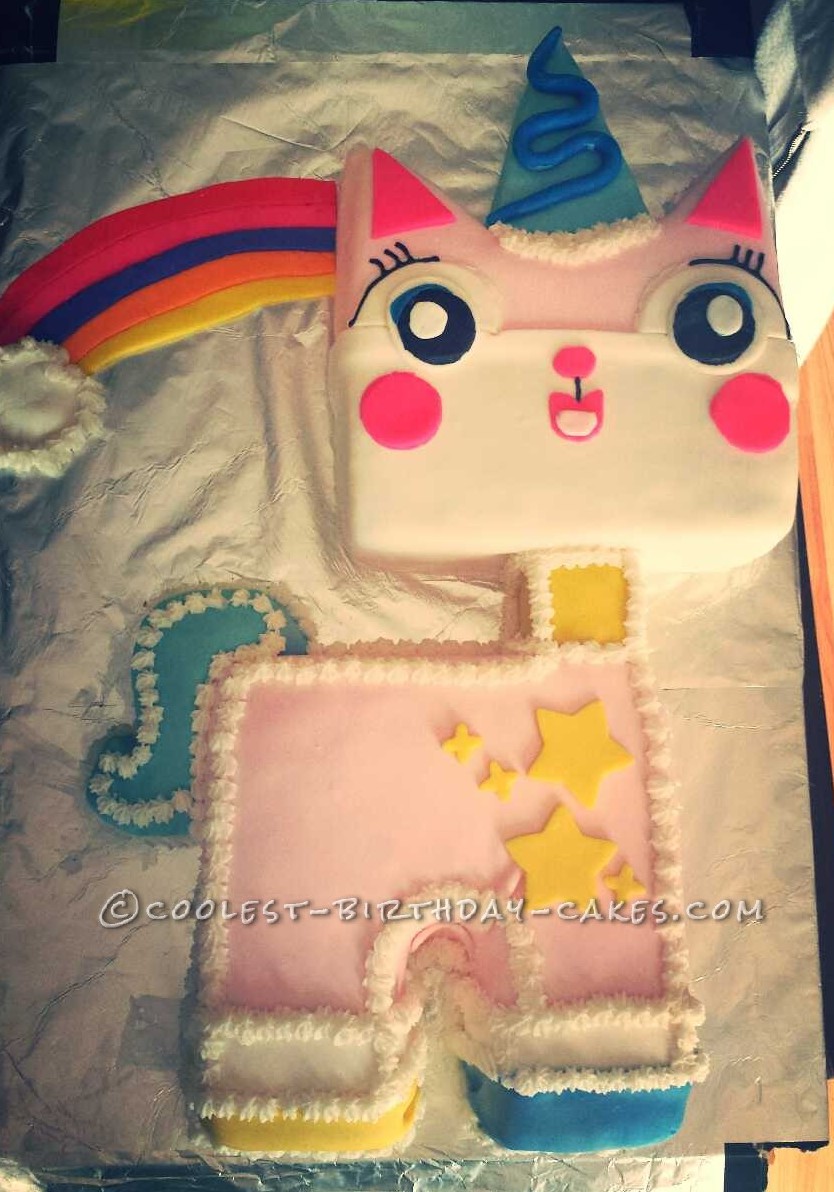 When I first heard of Unikitty I had no clue who she was. I actually had to watch the LEGO movie with my boys to see her… lol.

Then, I heard that Unikitty has two sides, her nice side and her angry side, which I saw in movie. :)  I had to find out which Unikitty my friend wanted, hoping it would be the nice one because she was a cuter version than angry Unikitty… lol.

I found a picture for the guideline and baked the cakes using square pans.

I always make my own fondant from scratch. It tastes better and I know then that it is fresh and contains less chemicals and preservatives.  I make a marshmallow kind.  The recipe is below.

Side Note: I’m wanting to try the jello version. It looks easy and probably tastes good too. Maybe for my next Unikitty cake. :)

Once I got my cakes baked, I assembled Unikitty and then iced her. Her tail broke in half at least twice and I almost had a breakdown when her neck did too, but I managed to get them iced and covered. Thank goodness.

At first Unikitty looked cross eyed, so Ihad to give her a eye exam and fix her crossed eyesl.

I added a rainbow for a happy effect and Unikitty was done.

Everyone loved her and apparently she tasted pretty good too.