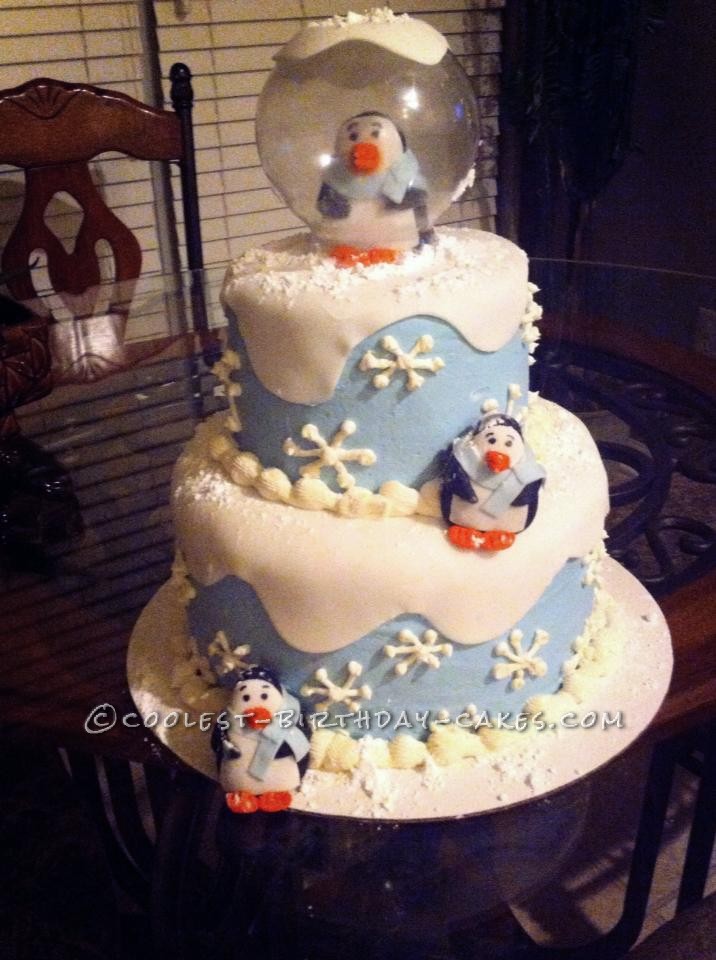 A friend of mine came to me and asked me to make her son a guest cake, and smash cake for his first birthday party. I’m going to talk about the guest cake because it was a shooooooow stopppppa!  His theme was Winter ONEderland.  She wanted it to be extravagant , which is my expertise.  She was one of those first time mom’s where the first birthday party is more of a production, than an actual kid’s party.  I automatically thought of penguins, ice, and snow.

The first thing I did was mold the penguins out of fondant the night before I baked and designed the cake. I did this because I can be a bit of a perfectionist, and these little suckers took awhile.  The next day I baked the chocolate cakes, allowed them to cool, and did my regular practice of cutting the tops off to form the perfect shape.  I used vanilla frosting with different shades of blue sprinkles as the filling.  It’s something that I always do for kid’s birthday cakes, it adds a little element of surprise.

Then I put dowel sticks into the bottom layer to prevent the cake from collapsing into itself and iced the entire cake with blue butter cream icing. I added white fondant to the tops of the layers to create the icy snow feel.  Next, I placed a penguin on top and covered it with a plastic small vase to create a snow globe look. I then placed the rest of the penguins on the cake. Last but not least I iced snowflakes and sprinkled powered sugar all over the cake. It was a party charmer! 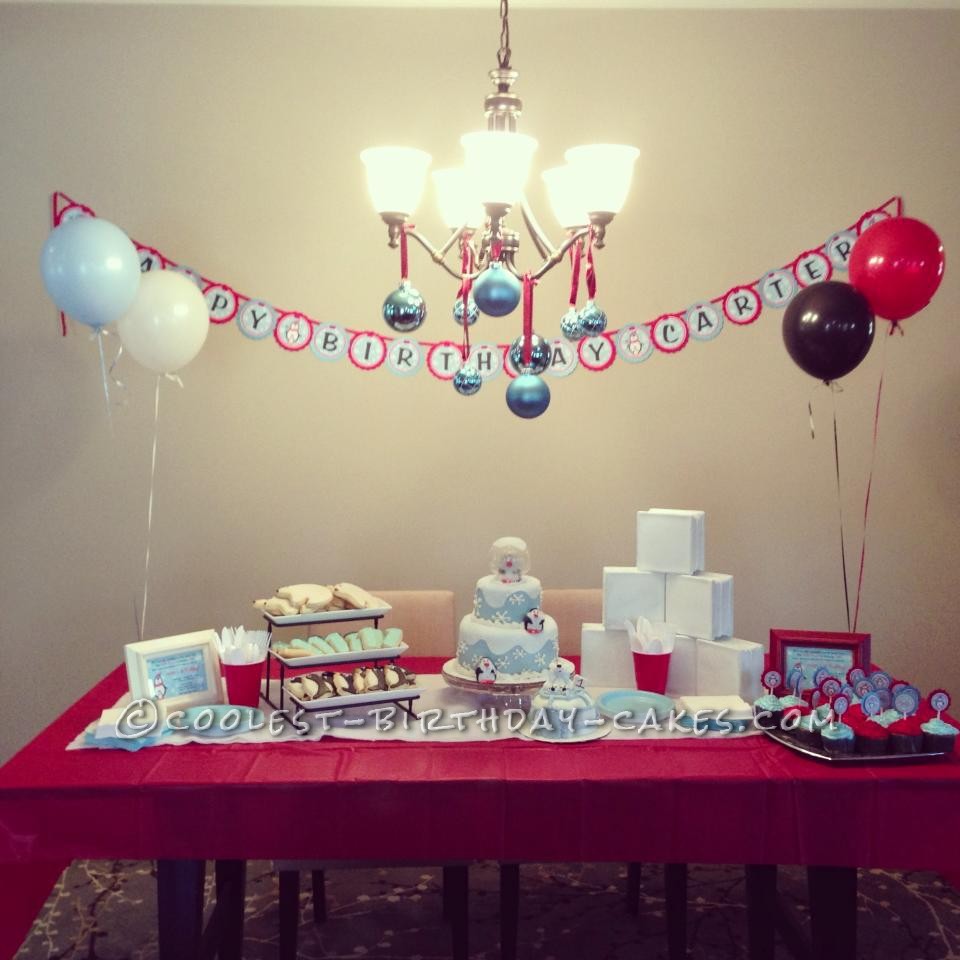