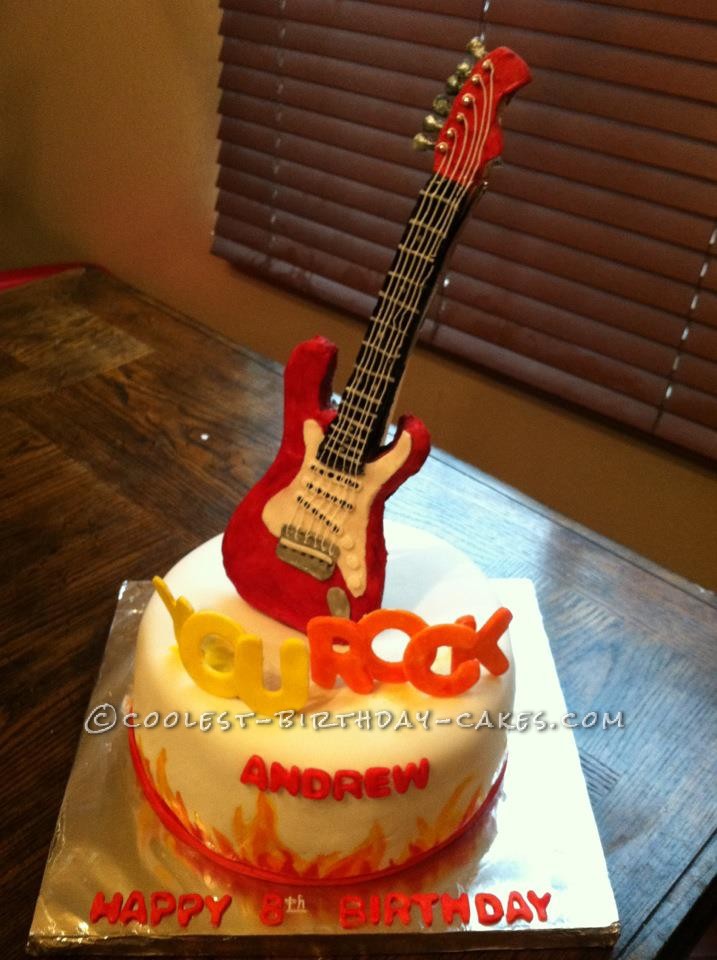 Though as an artist I love the abstract and surreal, when it comes to designing an aspiring guitar player’s 6th birthday cake, I’m all about making it look as realistic and detailed as possible. My friend’s son Andrew, who has been taking guitar lessons for about a year now,  wanted a really cool guitar cake that would wow his friends and family. “It has to be red (the guitar) and it has to have flames (the cake base),” my friend informed me. “On it!” I told her.

I went to work designing the edible guitar. I first drew and cut out a template from thin cardboard, which I then covered with wax paper. I used a chewy Graham cracker and chocolate mixture, which I shaped while warm and then allowed to cool. Using the same template, I cut out the guitar and base and neck from a thinly rolled out piece of homemade white fondant. Once I had the fudge graham base perfectly cut and shaped, I proceeded to cover it with red (base and top) and black (neck) candy melts. It took a few coats to get it as smooth as I wanted.

The base is layers of chocolate cake with chocolate fudge filling. The cake is covered in a layer of butter cream frosting, then covered in white fondant. I “painted” on the flames with thinned out food coloring and then trimmed the base with a thin strip of red fondant. The “YOU ROCK” and “Andrew” are also from fondant. I used a few thin wooden dowels to help anchor and hold up the “YOU ROCK” letters and a thicker dowel inserted in the base to stabilize the guitar.

Andrew definitely rocked it out on his 6th birthday and the cake was huge hit. His mom even sent me some pictures of Andrew holding and “playing” the guitar with his friends all gathered around him making funny faces and poses in true Rock Star fashion. You know how at the end of a concert the player will sometimes toss his guitar into the crowd? Well, at the end of the day this guitar was devoured and thoroughly enjoyed by Andrew and his friends. I was told that the cake was moist and delicious and not a piece remained and all Andrew‘s friends wanted to give my name and number to their moms in hopes that i might make their next birthday cakes. ;-)

Rock Star props to Andrew’s mom, too. I loved the pop rocks, rock candy and “You Rock” plates and napkins that she used around the cake. Each of the boys at the party also received a huge inflatable guitar as party favors. Rock on! 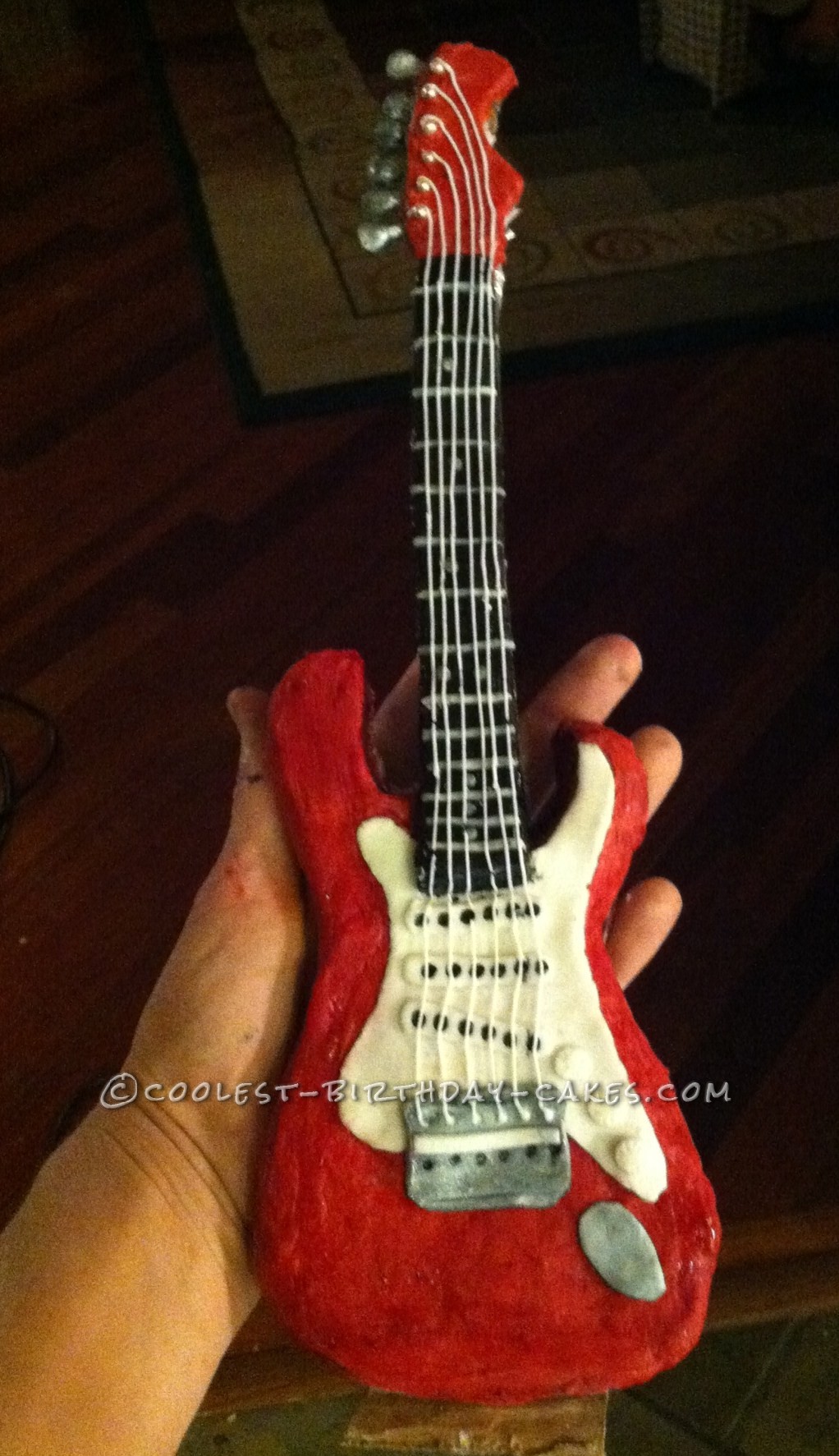 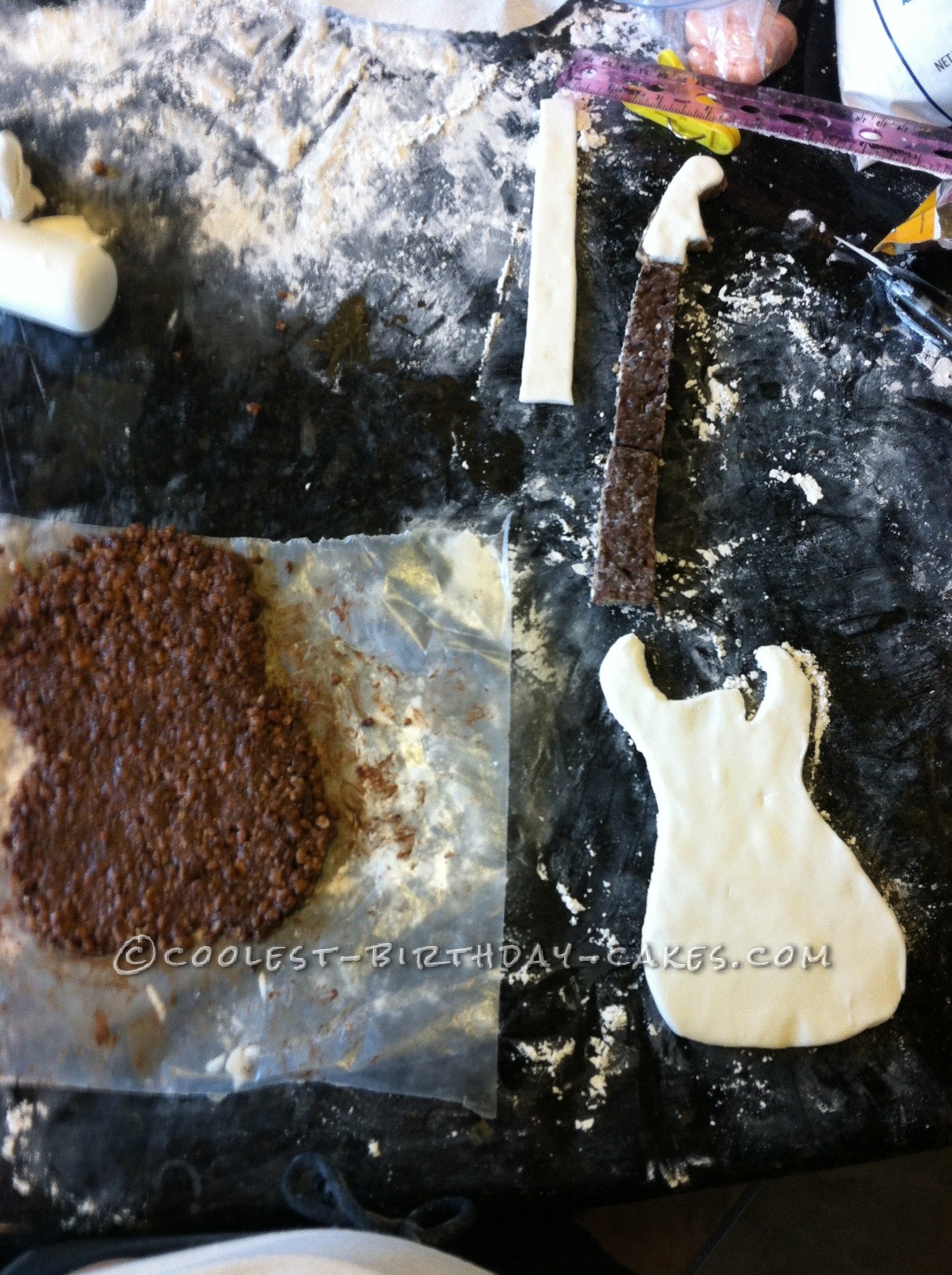 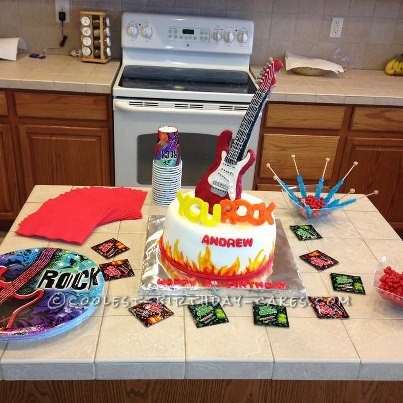