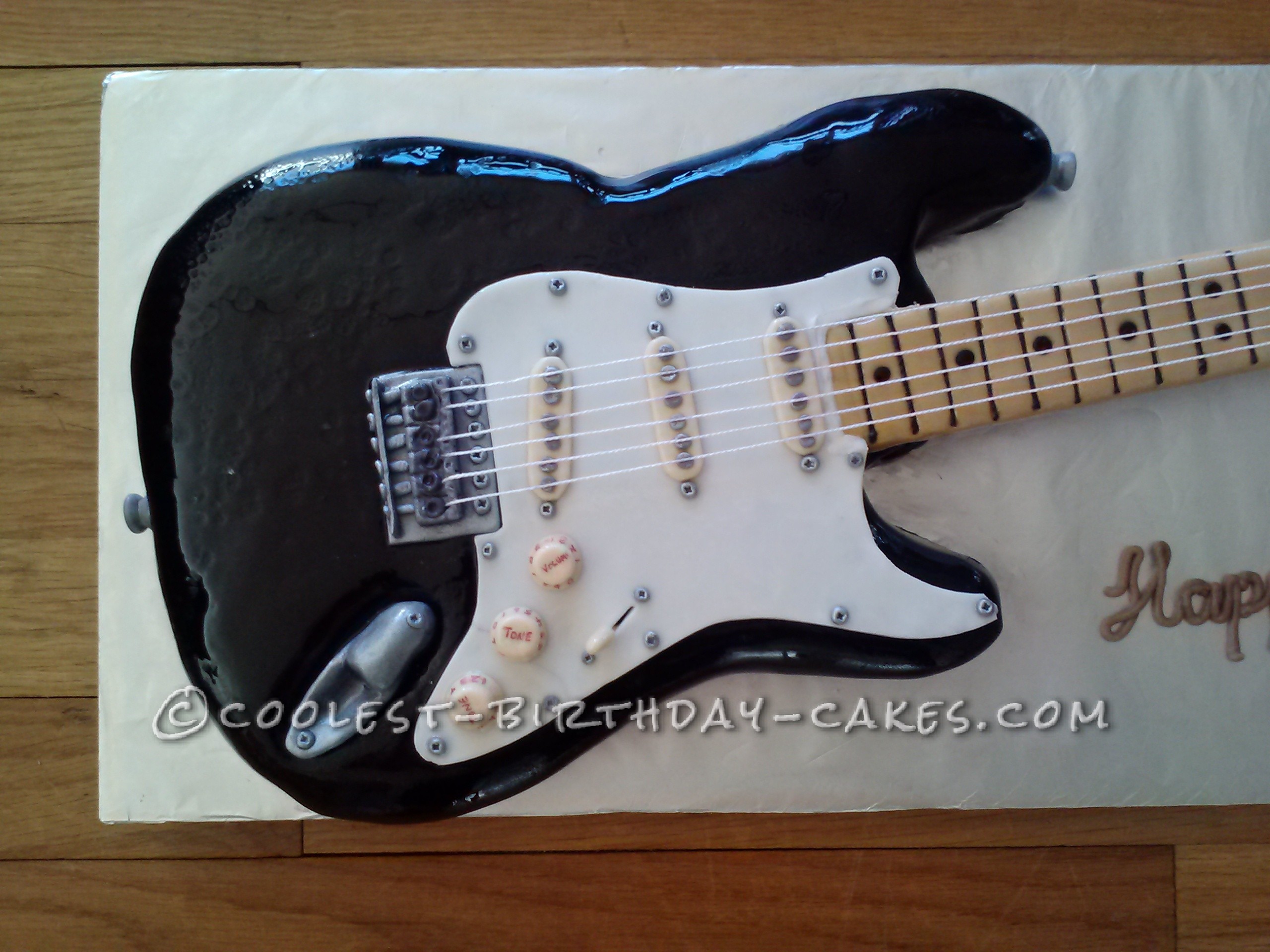 I went online and downloaded lots of photos of Fender guitars–the whole guitar, and each part of the guitar at a time, for the details. I was actually able to find a set of plans for a Fender online, with measurements–I simplified them, and used the measurements to re-size the plans and make a set of templates so that the body of the guitar was the right size to cut from a 9″ by 13″ cake, but still perfectly proportioned. Then the fun began!

I worked first on the neck of the guitar. What would be light enough not to drag down the cake, yet sturdy enough not to droop or bend (and also not so expensive that it cost more than the rest of the cake!)? After much thought, I came up with foam board–two layers of card with a polystyrene filling. It was easy to cut to shape, and two layers taped together gave me a neck that was perfect–light, rigid, and sturdy. I covered it with light tan fondant, and made the frets with thread-wrapped wire.

Next I cut the white panel from rolled fondant, and set it aside to dry for a few days. Each little part of the detailing I made from fondant, referring to the detailed photos of real Fenders, and–again–gave it a few days to dry. I used silver color-mist spray paint for the bits that would be silver (several coats!), and the knobs and other cream-colored parts I made from white fondant just barely tinted with ivory gel paste. Some of the tiny parts were really fiddly, and I was glad I’d made extras by the time everything was in place! Once everything was dry, I used edible food markers to write on the knobs, and to put the Fender signature on the neck.

Of course, any cake board long enough would have been much too wide, so I used the other half of the sheet of foam board to make a long narrow cake board, and covered it with foil (just for transporting, I laid a wooden board under it, but in fact the foam board had enough rigidity to hold the cake).

I baked a white 9″ by 13″ cake, and using the template I’d prepared, sculpted it into the body of the guitar. It fit perfectly, with just the long tip at the top of the guitar needing to be added to the end (from a piece cut from the side). After a butter cream crumb coating, I covered it with black rolled fondant. Carefully, I added the neck (I used a small block of styrofoam covered with foil to give extra support under the head), and then all the other fiddly little pieces.

The strings were another challenge. Other people online had tried various solutions, from real guitar wires, to piping royal icing, to long noodles, but all seemed to have problems–too sporingy, too droopy, too stiff, they broke when moved.  In the end, I used a fine crochet thread, and just stretched it out. Amazingly, that seemed to work perfectly!

For the shine, I tried out different techniques on spare pieces of fondant, and for the really high shine I wanted, I decided to go with 50/50 vodka and corn syrup. The vodka evaporates, leaving a fabulous shine! The only problem I did have was that the edible marker on the head of the guitar bled a little, but I was able to clean it up pretty well.

Overall, I was really pleased with this cake! It was a lot of work, and involved considerable trial and error, but I learned a great deal from making it, and the end result was a great success with the birthday boy. Now, what will his sister want for her birthday??! 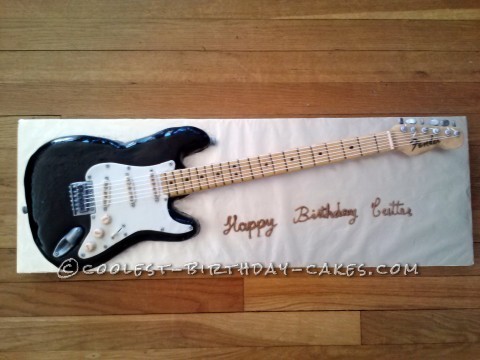 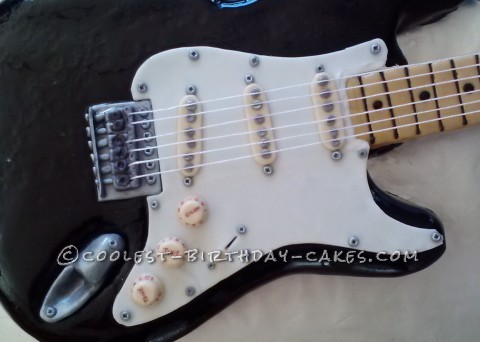 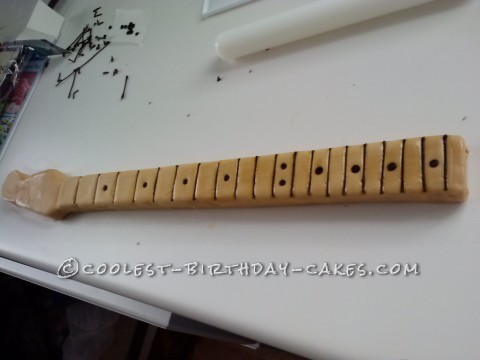 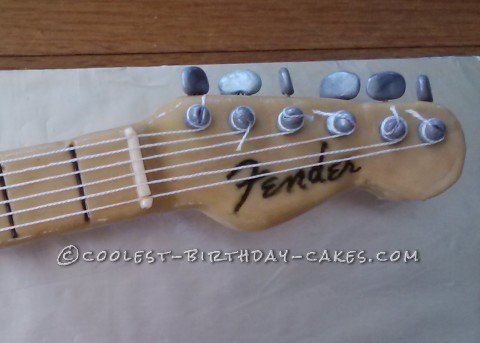