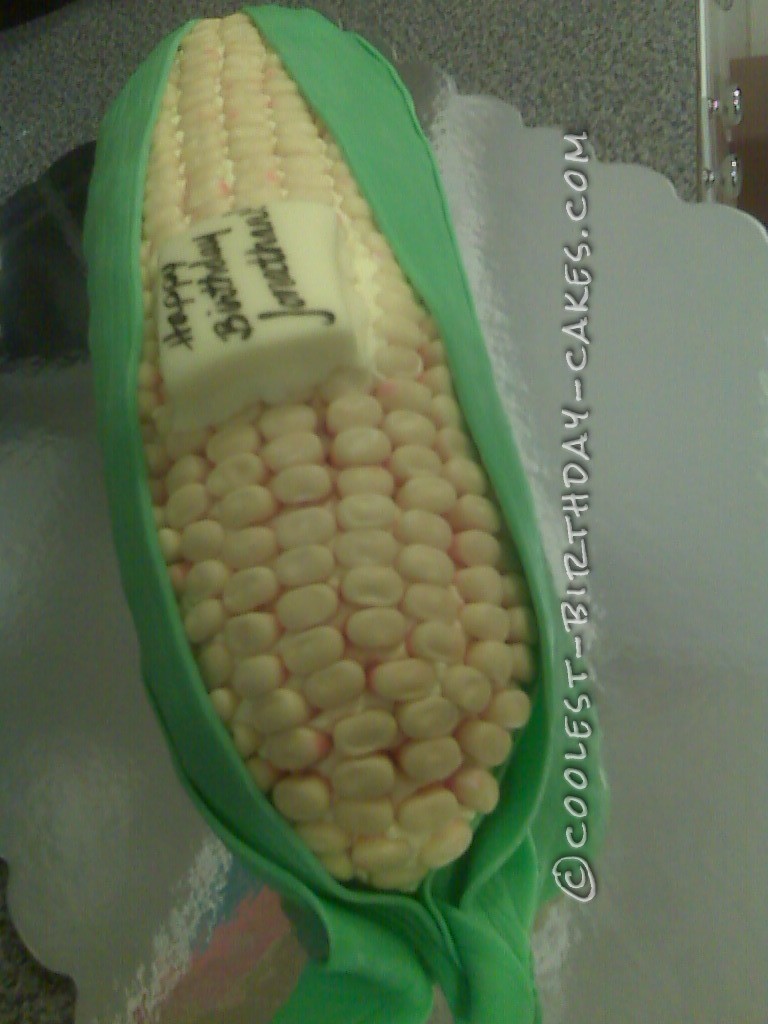 Every year my nephew tries to come up with ideas for  the craziest birthday cakes for me to try to make for him. This year he decided he wanted an ear of corn. It was like he was challenging me. I  Googled corn cake and saw that you can use candy corn for the  kernels so I  knew this cake was going to be fantastic. It’s  not easy finding candy corn in March but I did it.  Make sure to buy extra because I found there were a lot of broken pieces in the bag.

I  baked a 1/4 sheet cake (funfetti because it’s his favorite) and made a basic butter cream recipe (half butter and half Crisco) tinted yellow to match the corn kernels. I cut the cake in half lengthwise  and stacked them so that I had a long 2 layer cake. If you put it in the freezer for a bit,  it is much easier  to carve. With a serrated knife I started carving it into shape. Once it was carved I frosted it with the butter cream  making sure it was a little thicker on the top where the candy corn would go.

Then it was time to place the candy corn  kernels on the cake. It was very time consuming but well worth it. I really just kinda  guessed where the  kernels would show  and that’s where I lined then up, row  by row. I then rolled out the fondant I had already tinted green, and cut it into long leaf shapes. Without pressing down all the way, I  scored the fondant so it would look like veins in the leaves. I  took a ball of fondant then flattened it into a disk for the end  and then layed the leaves on the top and sides leaving the very top open attaching the ends of the leaves to the green disk.

Add any more kernels needed  to fill in where the leaves didn’t cover. The butter  was yellow fondant shaped into a square and then I pinched around the button to make it look a little melty. I  added the happy birthday in edible marker. When I walked into the restaurant,  everyone was looking and pointing,  making such a commotion it was hard to sneak in to surprise him. There were people coming from the other side of the restaurant just to see the ear of corn cake and to take pictures. 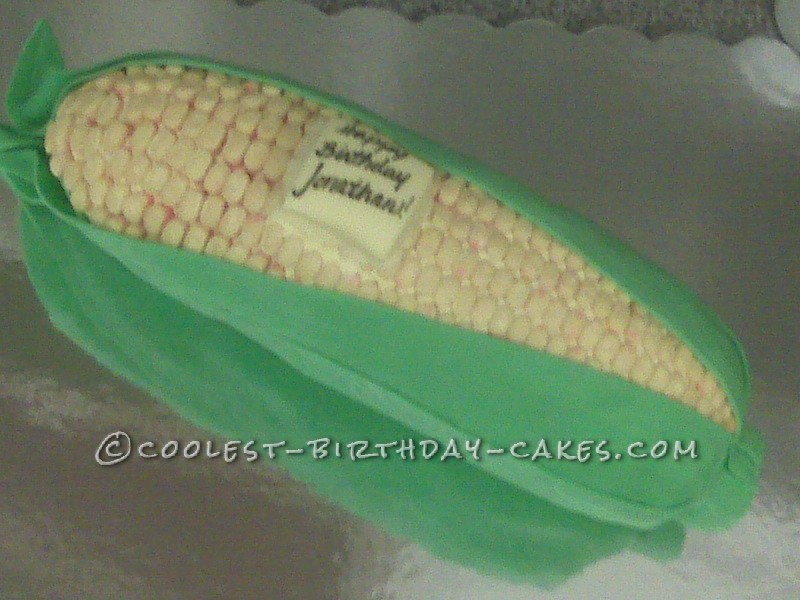