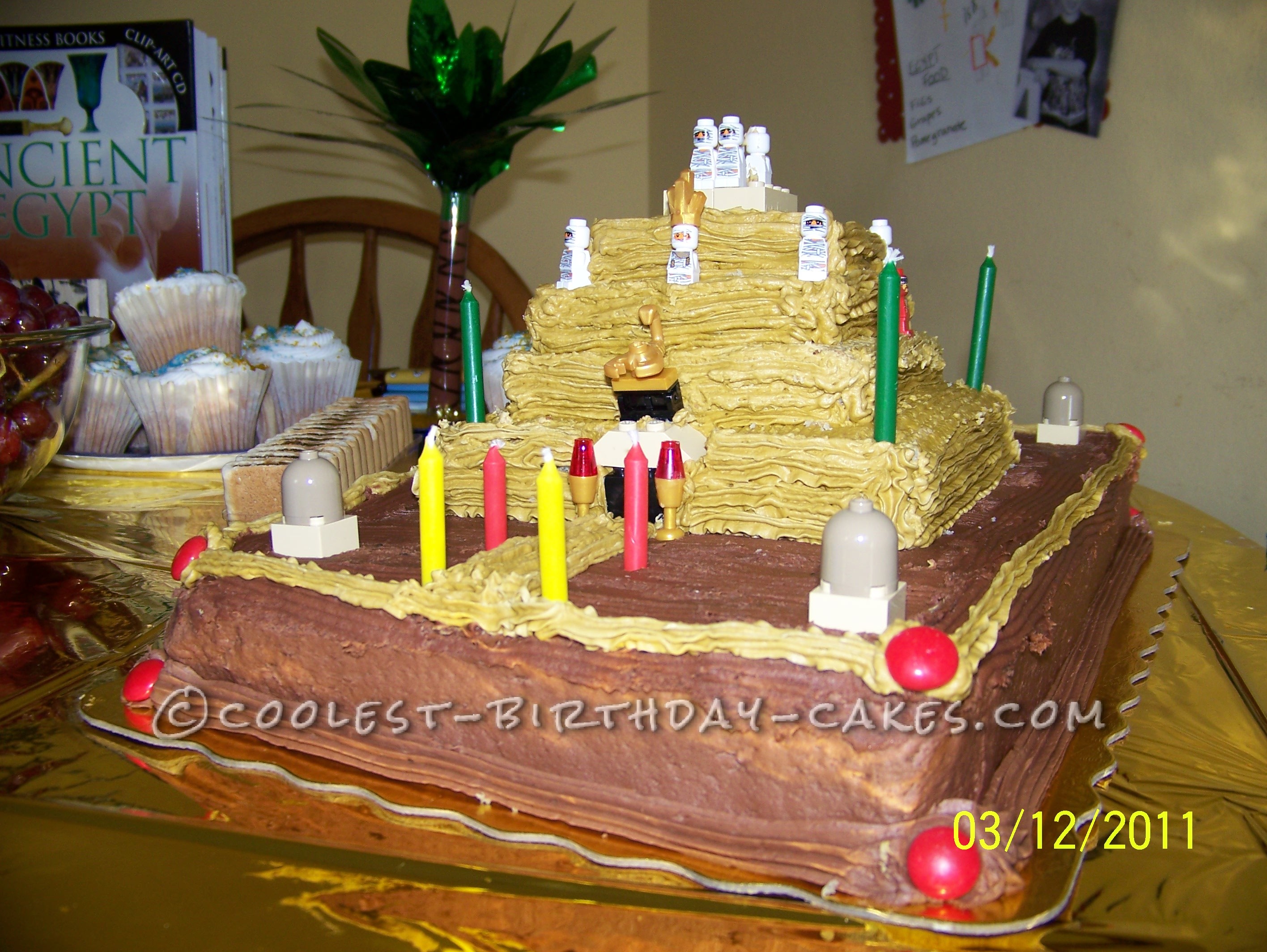 My son is really into Egypt. So of course when he wanted to have an Egypt-themed party I was a little nervous to figure out what I was going to do for a cake.  He of course wanted me to do the Sphinx, but I couldn’t come up with a creative way to do this…at least at the time.  So he had gotten a Lego Creation game that used the pyramid so I used this as a guide to make him a pyramid cake…and I ended up using some of the pieces in the game to give it a little flare.

This was hard and probably not my “best”, but I still think it looks good and wanted to share to give other families whose kids like Egypt an idea for a cake. I also made cupcakes just swirled with white frosting and edible gold on top. 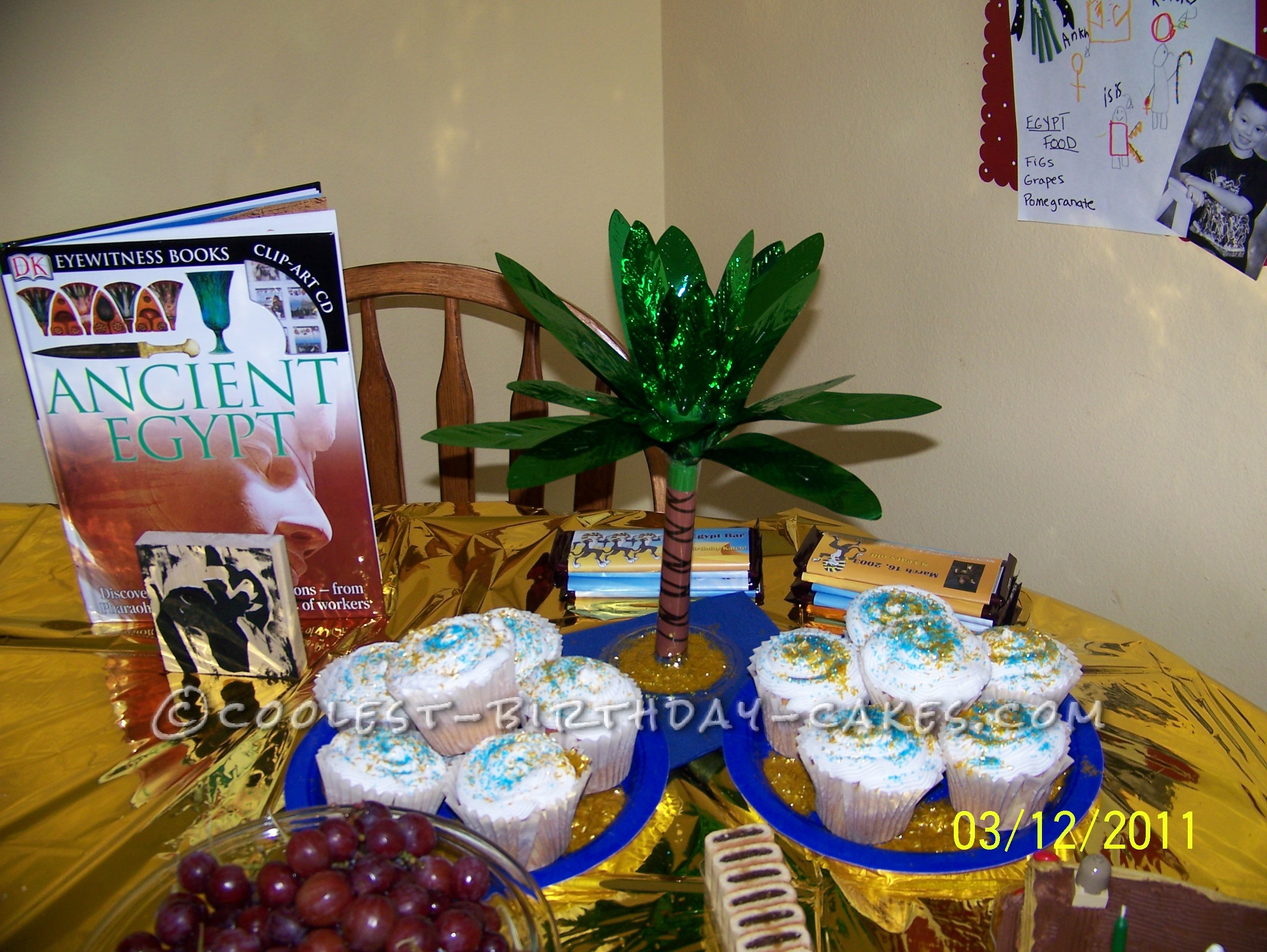 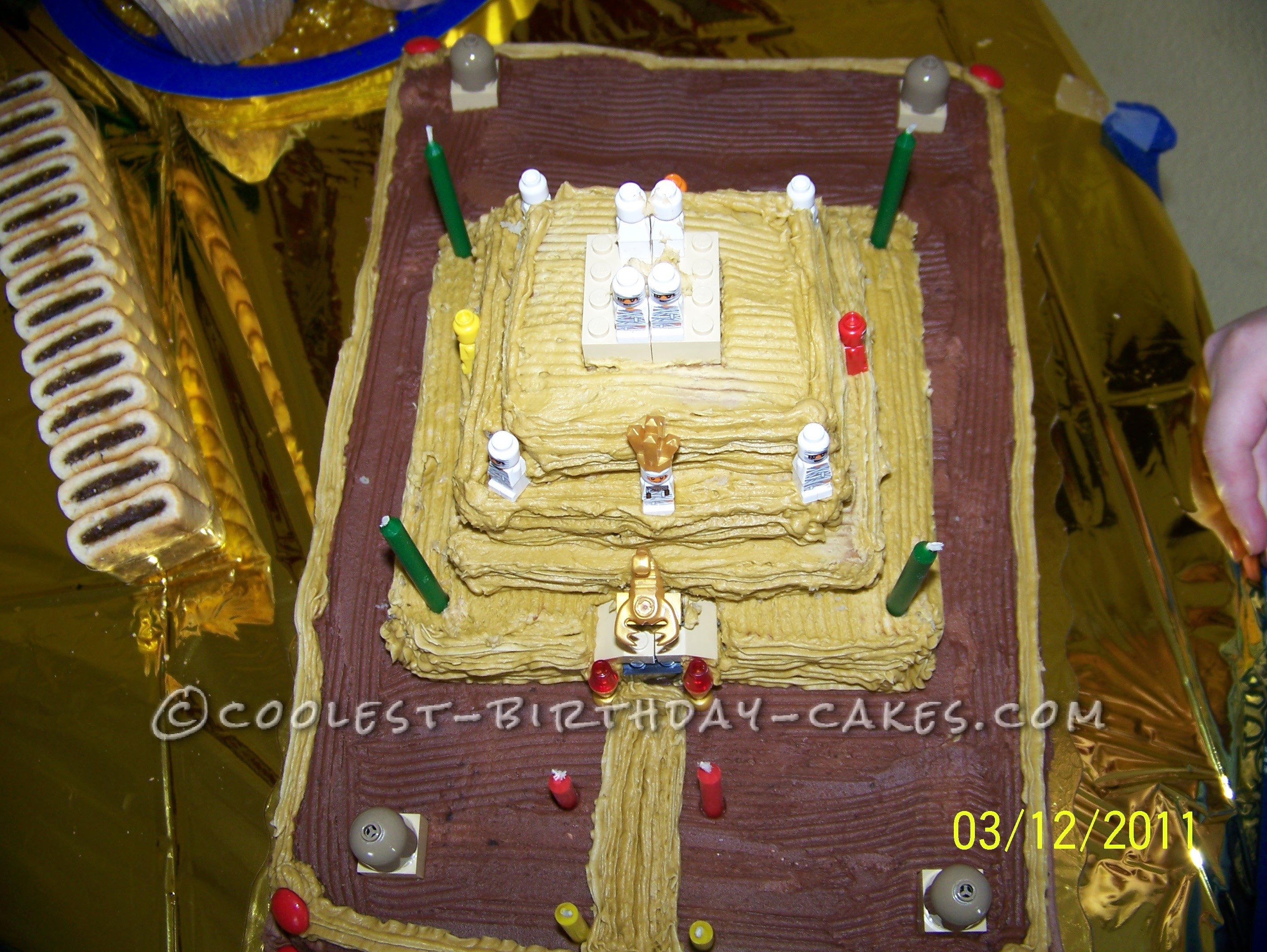 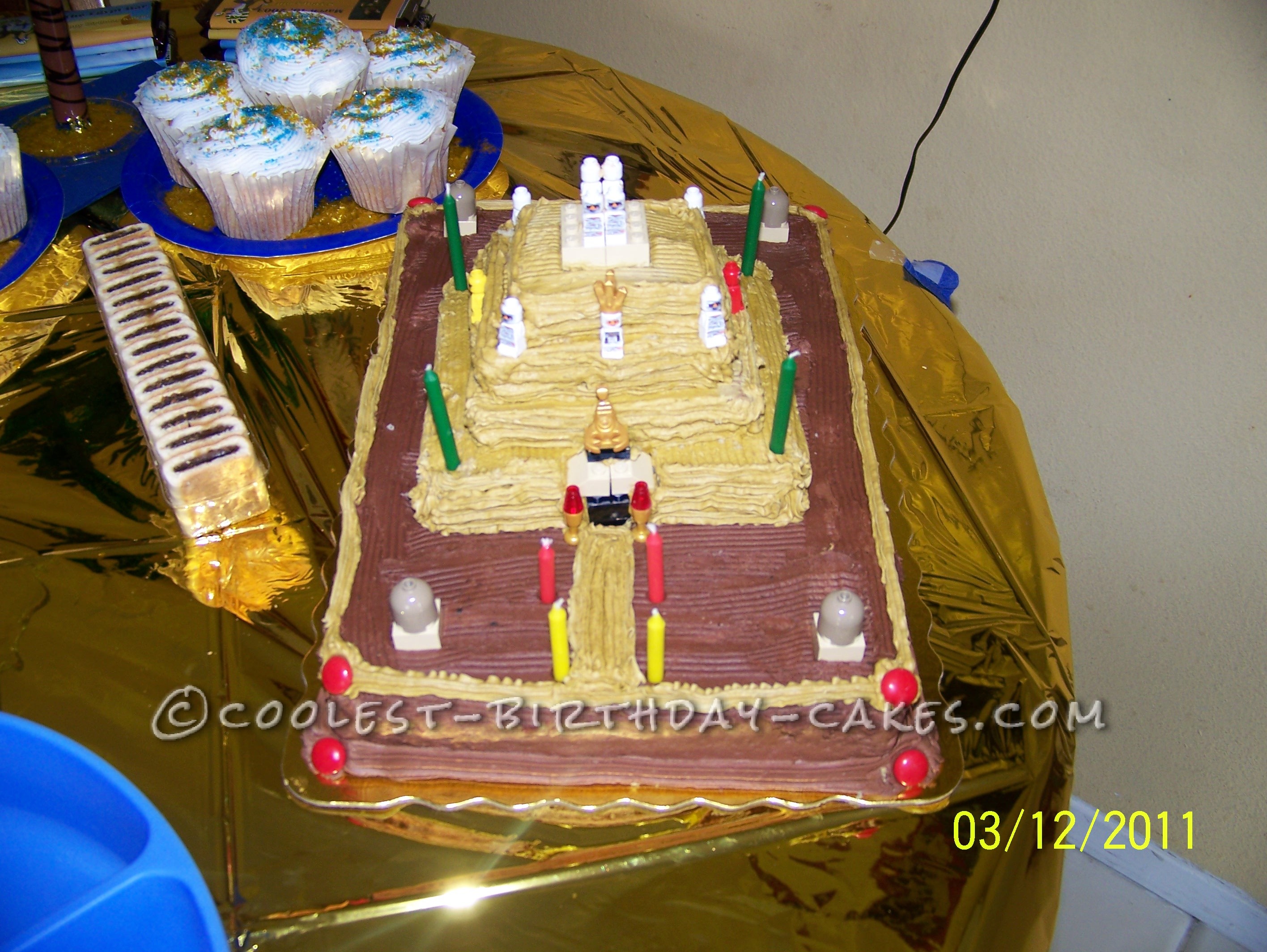