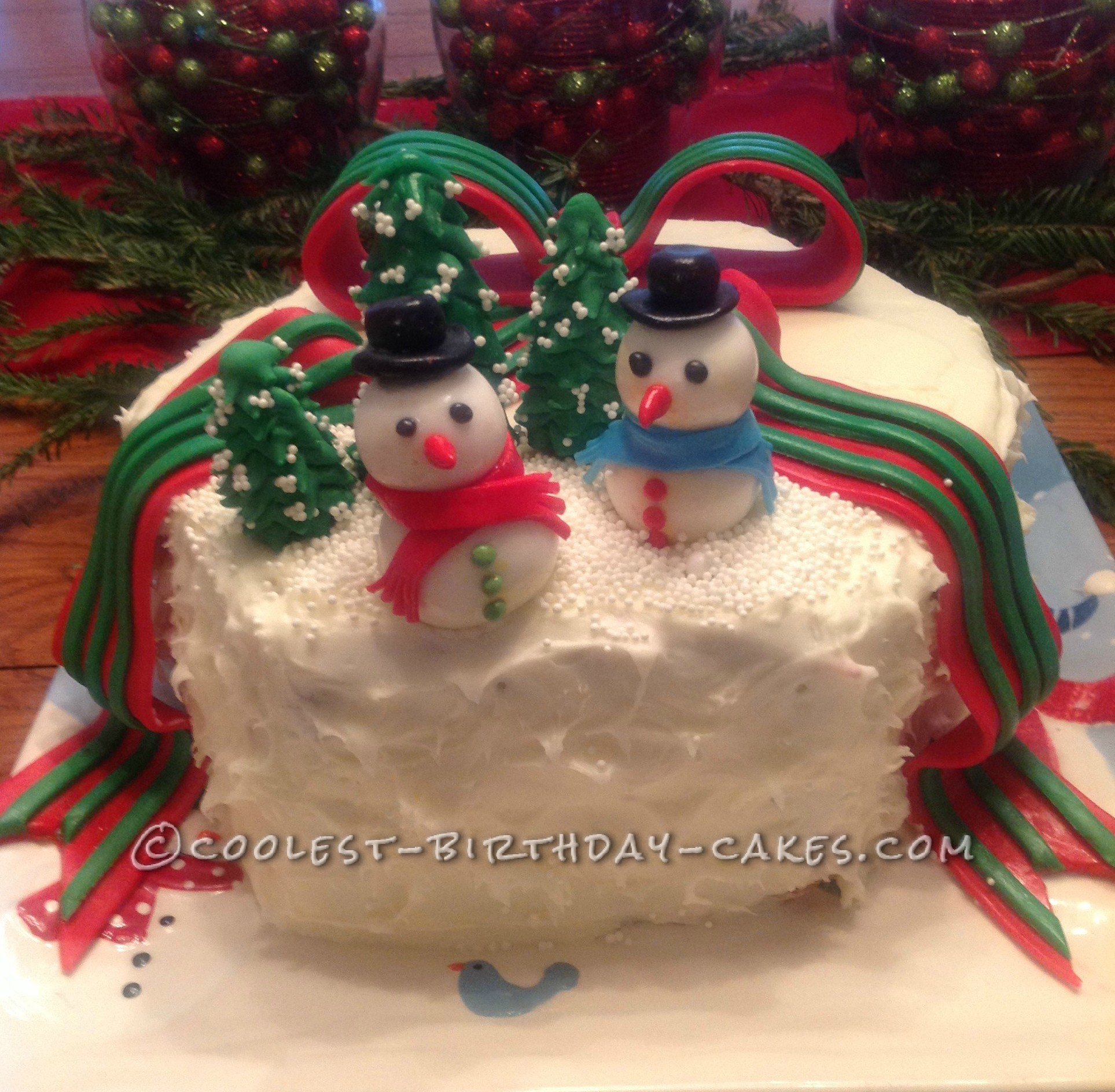 I made this Frosty the Snowman Christmas present cake for a friend of mine. She originally asked me if I could put a fondant ribbon on a cake like one shown on a magazine cover. I told her I would do that for her, but I thought it seemed a little plain for a Christmas cake she was taking to her family gathering.

I decided to make a red velvet cake with a layer of Italian Cream in the middle. I used cream cheese frosting. I thought that since it had white frosting, I would use a snowman theme. I still used a red and green fondant ribbon and made it to flow down the sides. I made Christmas trees by cutting the branches with small scissors.

My friend was more than pleased to surprise her family with this cake as she said they all expected a plain cake like she usually makes. I made several sets of everything except the flowing ribbon ahead of time and made two more cakes for different gatherings this season. That really made preparing the cakes much faster as cakes were baked a week ahead and frozen until ready to add fondant. 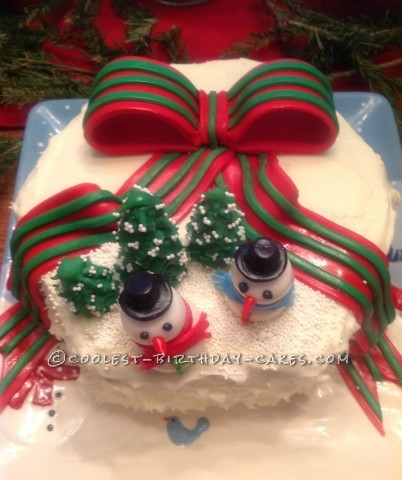