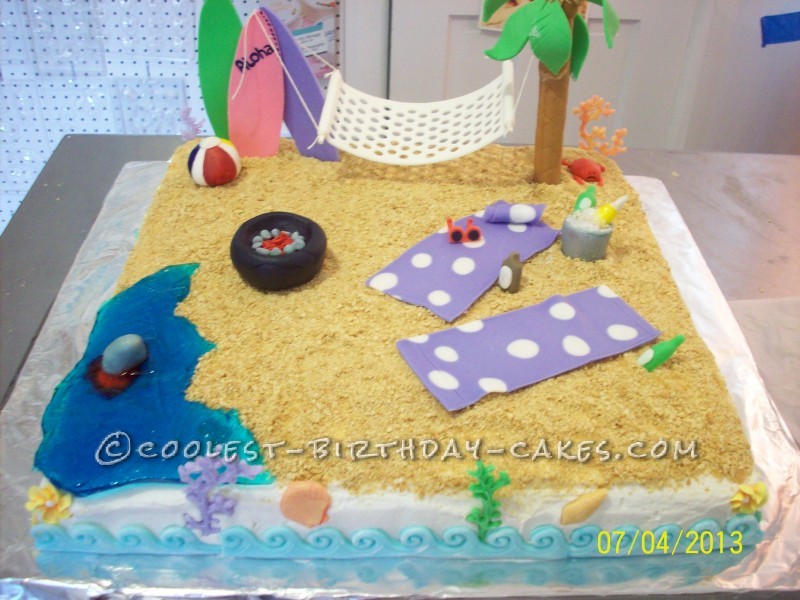 This is a fun cake, a non traditional 4th of July theme. The coolest part is the shark in the water! This cake was actually brought to a beach celebration.

This is a fairly simple cake to make. However, most of the fondant decorations need to be made in advance. Such as, the hammock, which is rolled out and cut to shape, then I rolled the ends around Popsicle sticks and cut out the circles using an icing tip. Other decorations made in advance include surf boards, beach ball, shark fin, fire pit, towels, beer bucket and palm tree. Make sure to use enough gum paste mixture for decorations that need to be dried hard.

It’s a single layer cake made in a 16×16 in. pan. The ocean is made from blue jolly ranchers with one red one for blood by the shark fin. The shark fin was placed in the warm jolly ranchers before it cooled too much. The sand is made from crushed up graham crackers, which looks cool and also adds some extra yum!