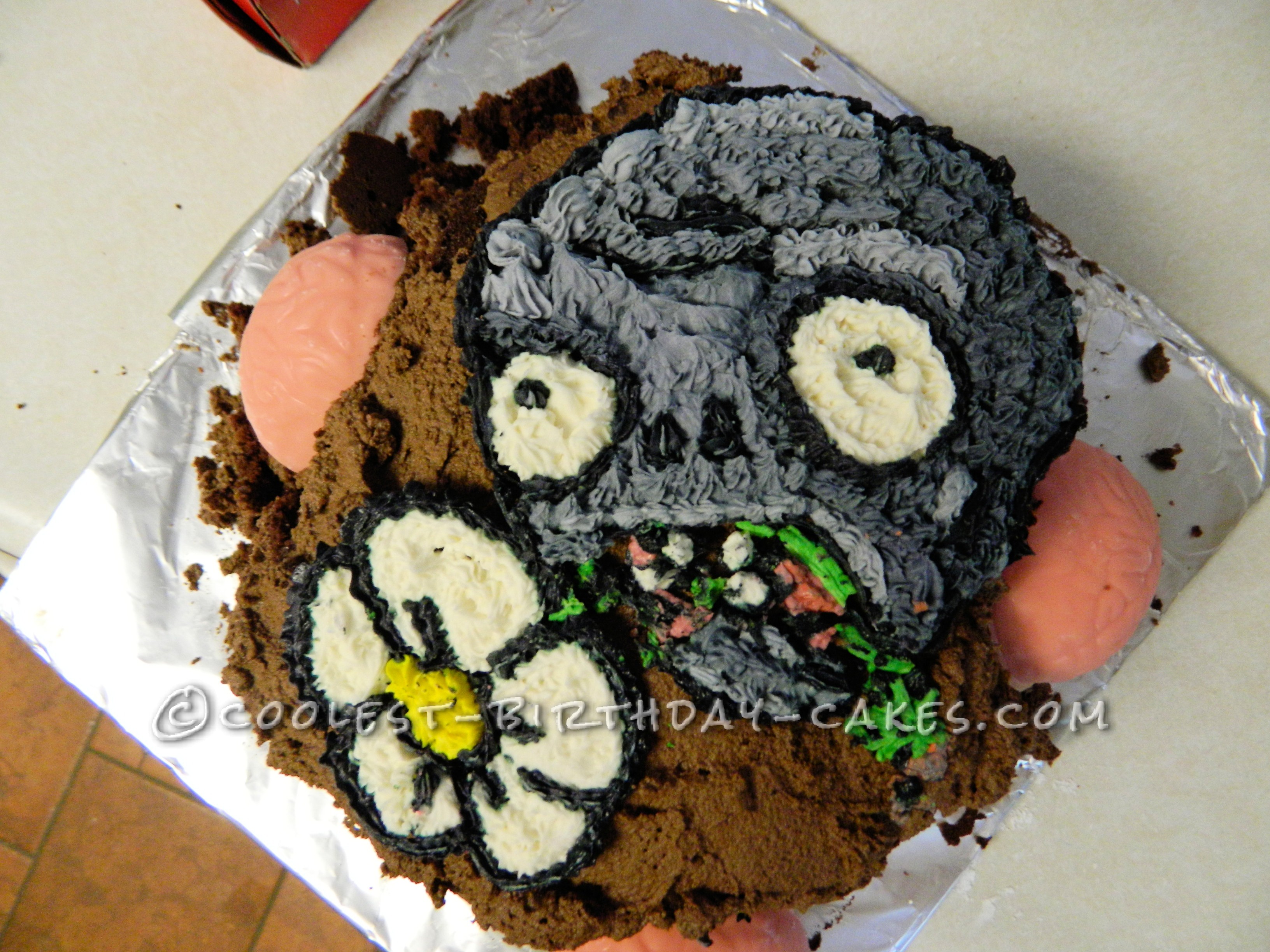 My daughter wanted to have a Plants Vs Zombies themed birthday sleepover for her 9th birthday.  Great, except nobody makes Plants vs Zombies (a popular video game) anything.  So I used a trick that my mom (who used to bake cakes semi-professionally) taught me.  I printed a coloring page of the Plants vs Zombies head for the zombie.  I taped it to the table and then taped a piece of parchment paper over hit.  I piped the homemade buttercream icing into it, using different colors as needed.  Then I froze this on a flat cookie sheet and stored it  in the freezer until the day of the party.  I also made candy brains using a brain mold and stored those in the refrigerator. On the day of the party,  I baked  a round layer cake.  In my quest to get a very moist cake, it did not exit the pan as nicely as I would have liked.  The top layer cracked in two as I placed it on top of the bottom layer.  I patched it together with icing but it never set up enough to even crumb coat.  It was very moist!  What was I to do?  The party time was fast approaching…  I glopped the homemade chocolate fudge icing on it, smoothing it as much as I could.  Then I inverted the frozen zombie head (which also cracked but I pieced back together) over it.  I placed brains around the edges.  It was done.  Everyone thought that I made it to look like the zombie had burst from the ground and in its frenzy to eat brains, “destroyed” the cake. 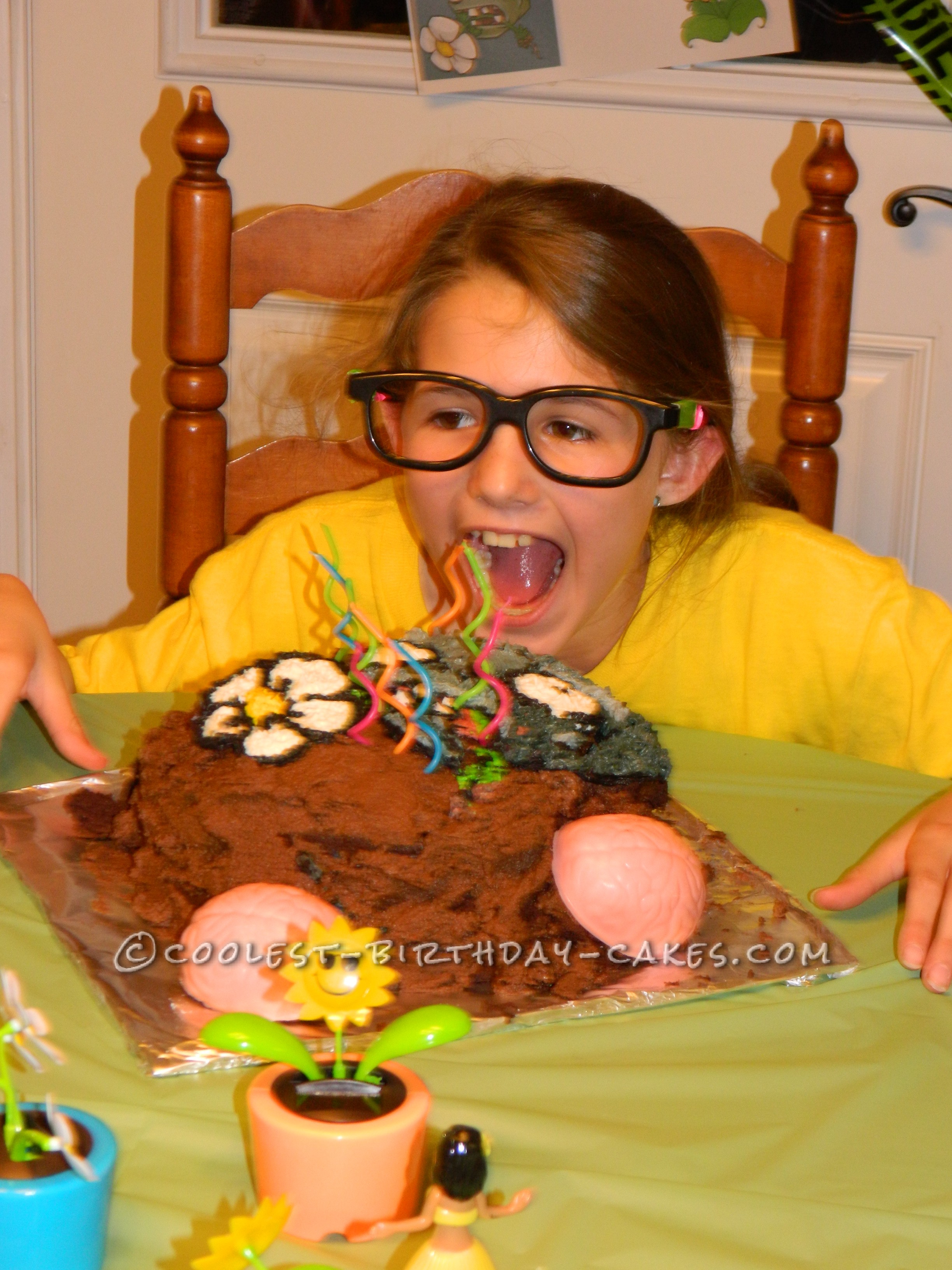 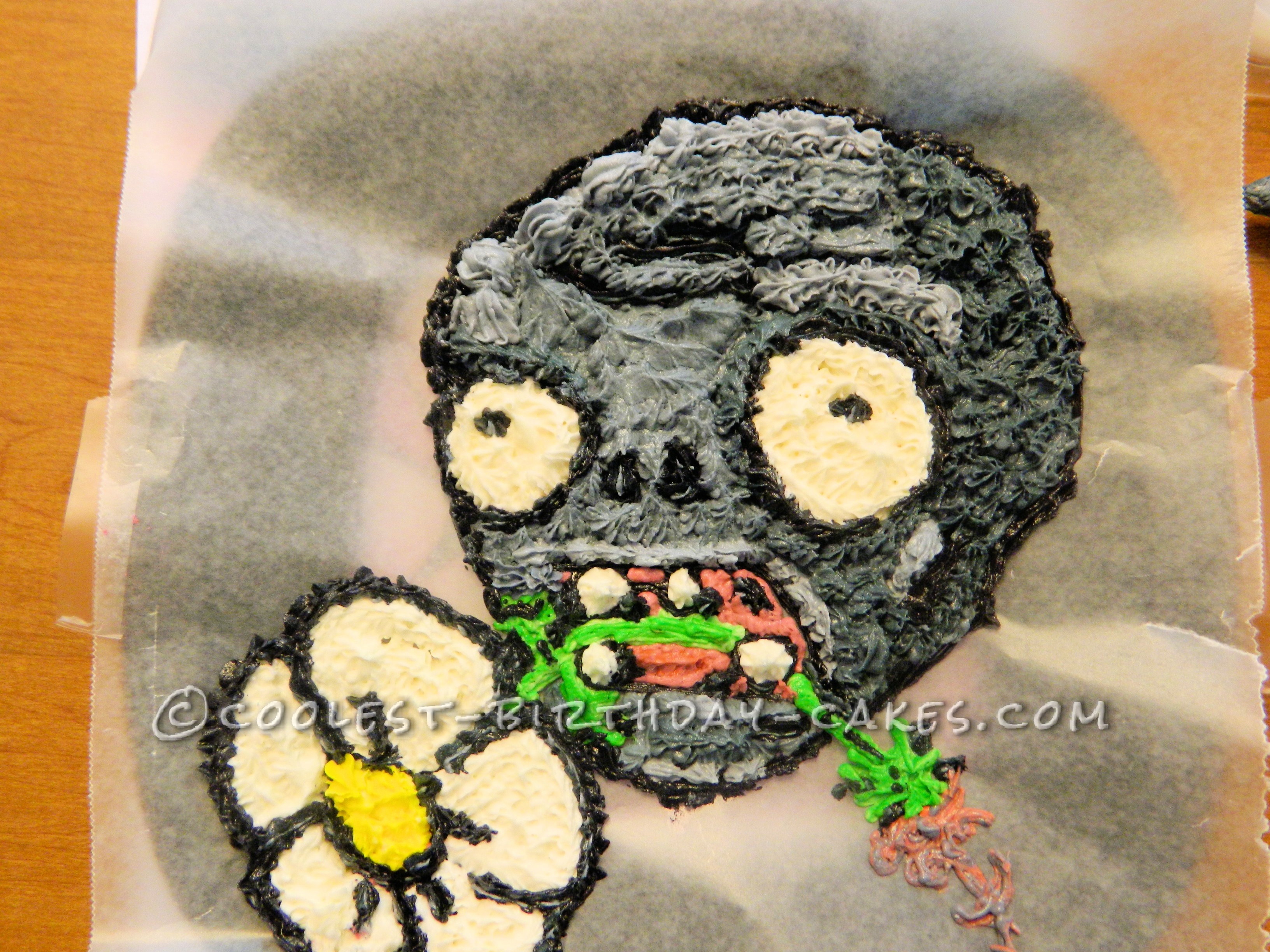 The Zombies are Coming Cake