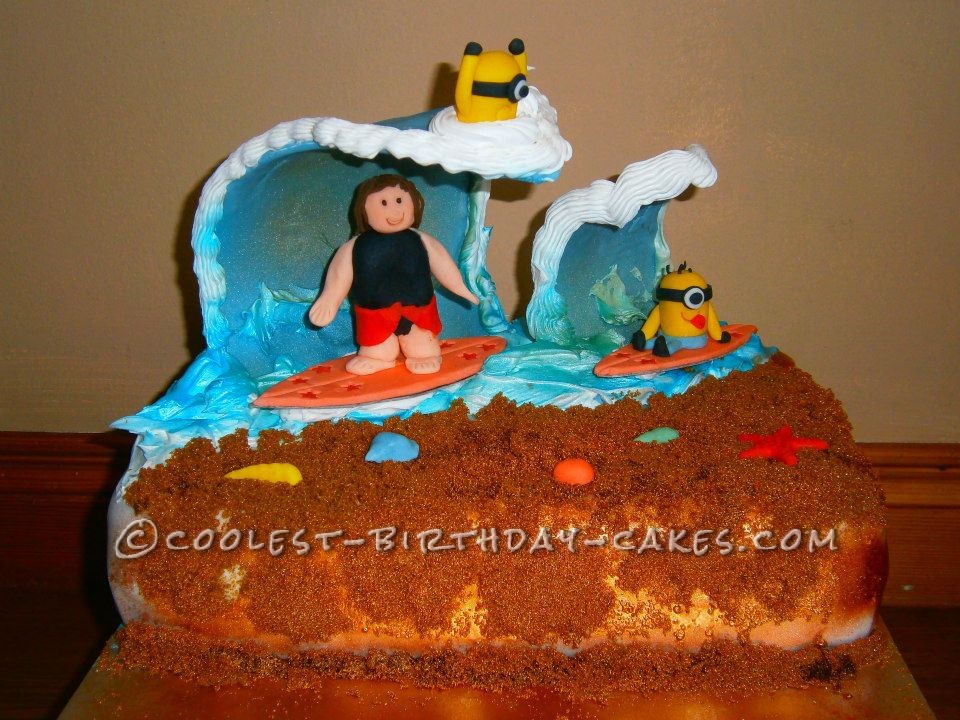 I was asked to create a cake for a surfing fanatic that included a surfing figure, Minions figures and waves. After a bit of head scratching, and a little help from Youtube, I came up with my theory in my head. I realised that a little bit of engineering was required to create the waves. For the large wave, I used a plastic container about 5″ in depth and 4″ across. I used a take-away coffee type cup for the smaller wave. I cut the container down the length then cut upwards from both sided to make the ‘point’ of the wave.

Once cut, the container naturally creates the curved shape of a wave. I then covered both sides of the ‘wave’ in blue colored fondant strengthened with CMC powder and let this set for a few days. Once set, and the cake was made, I made up a batch of Royal icing. I built up the icing behind the wave model to give it support and then used more Royal icing to create the effect of the water at the base front of the wave. This again was allowed to set for a couple of hours. I then used  blue and green spray-on food coloring to create the effect of the water.

To create the effect of the crest of the wave, I piped the remainder of the Royal icing around the edges of the waves. I used  Demerera sugar to create a beach effect and toned this with some bronze colored spray. The seashells were made with a silicone mold. The surfer figure and Minions figures are made from colored sugar paste. Once completed, I used a drinking straw to support the large wave during transportation. My client was delighted with the cake. Many ‘Wows’  were given and everyone was most complimentary on the design and effect. 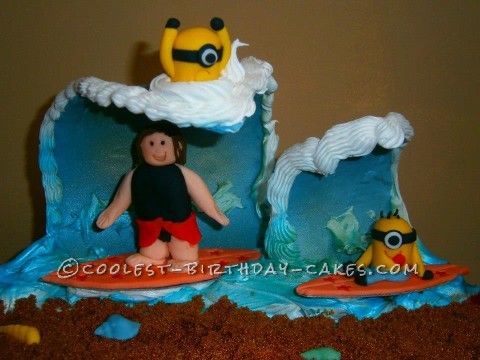 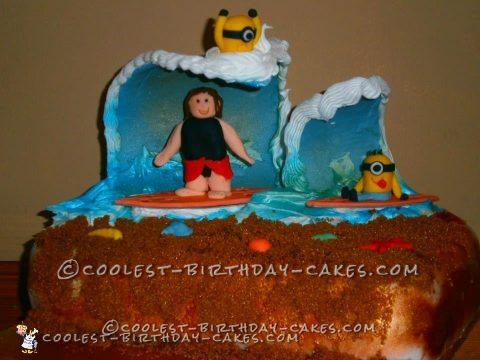 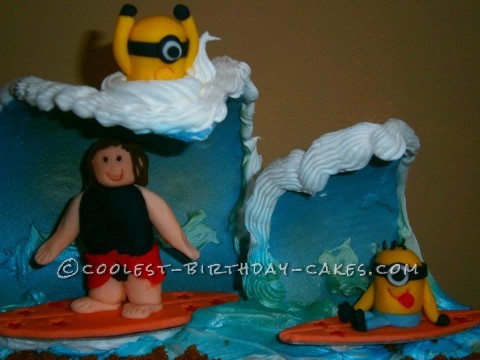