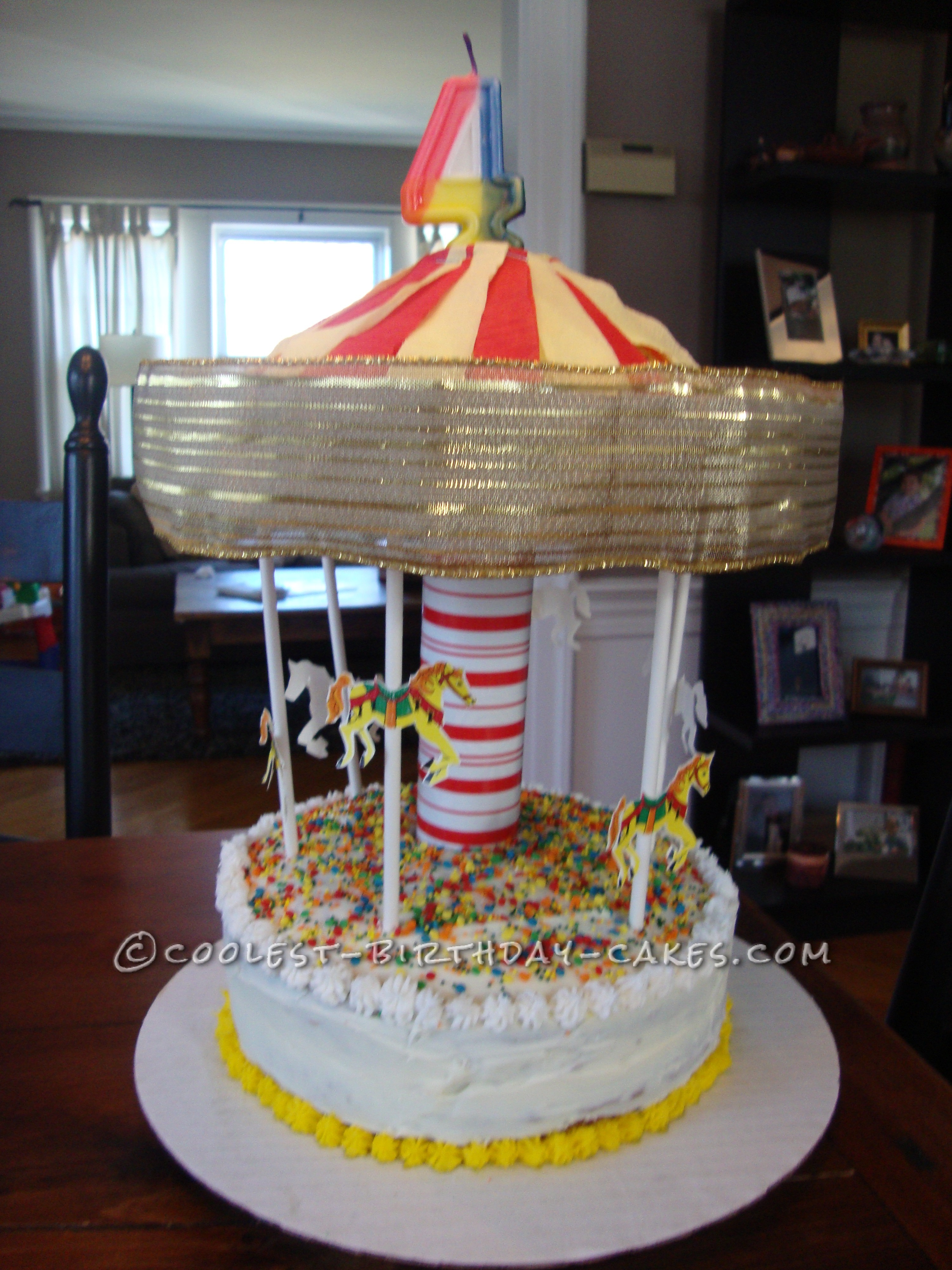 My son was having a carnival-themed party for his 4th birthday and we came up with the idea to make a carousel birthday cake. Many of the ideas came to me as I was going along. I started with a two-layer cake, iced it in white and used the funfetti decorations that came along with two of the store-bought frosting. After a little decorative edging, that part was complete.

I then started on the “big top.” I used a piece of thin cardboard (like from a cereal or gift box) to create the conical shape and covered it in tin foil to keep its shape. I used part of a paper towel tube that I covered in red-and-white-striped wrapping paper to make the center pole of the carousel. I pushed that through the top of the cone ceiling and stapled them together. I then took red and yellow streamers and alternately stapled them to the top of the paper towel roll.

To create the finishing edge, I used a piece of regular cardboard and attached a fancy wide ribbon to the exterior. On the inside of that cardboard, I attached a number of long lollipop sticks with tape. I printed out colorful carousel horses from the Internet, cut them out and attached them to the sticks. I then took the finished cake bottom and placed it on a lazy Susan. I wrote the birthday message on the side of the cake, so it could be seen as it spun.

I then took the fully assembled cake top and pushed the paper towel roll and lollipop sticks into the cake to secure it. The No. 4 candle was placed in the top of the paper towel holder. I was a big hit at the party, because most people (kids and adults) had never seen a moving birthday cake before. Best of all, my son thought he had the coolest cake ever! 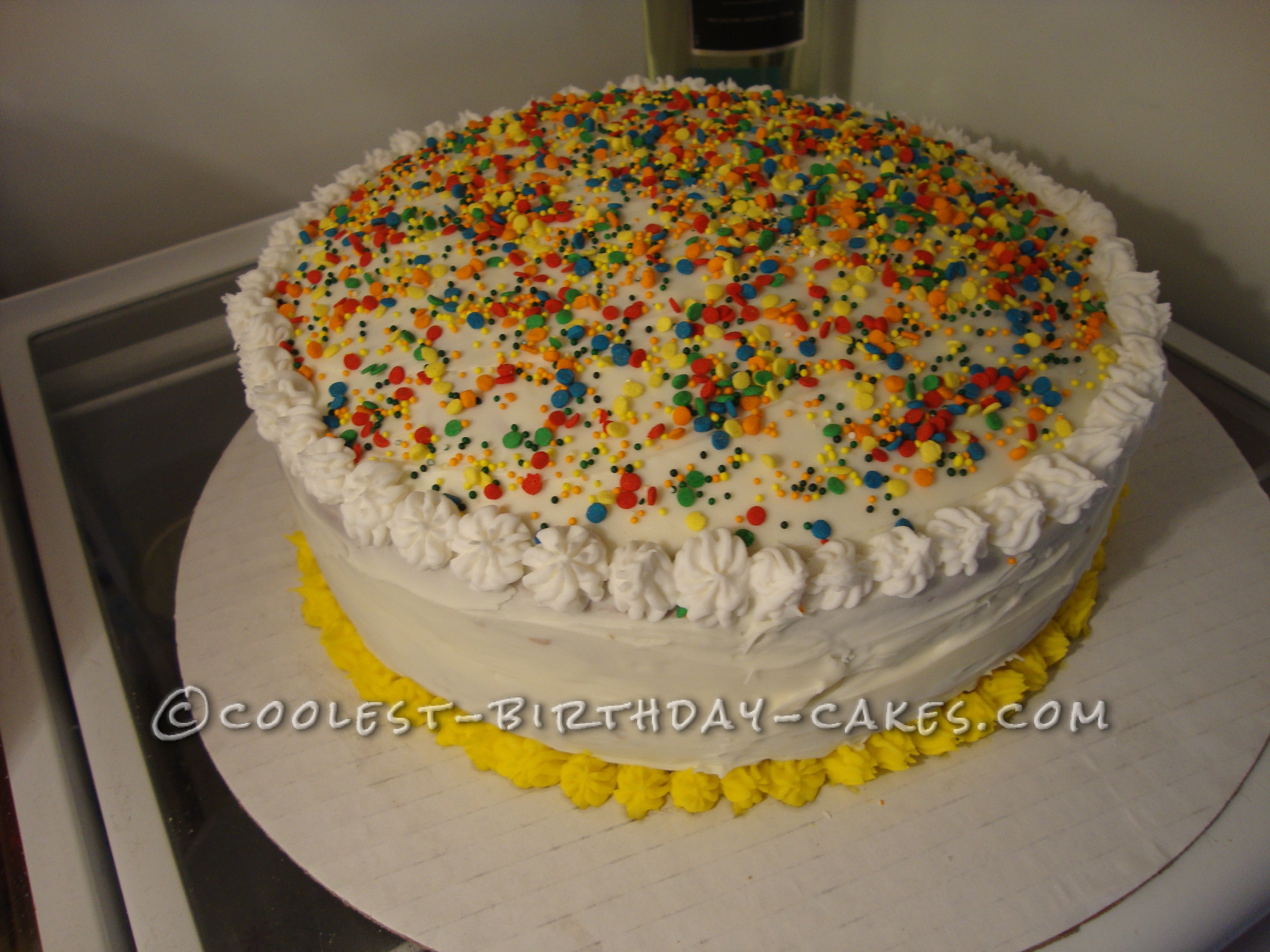 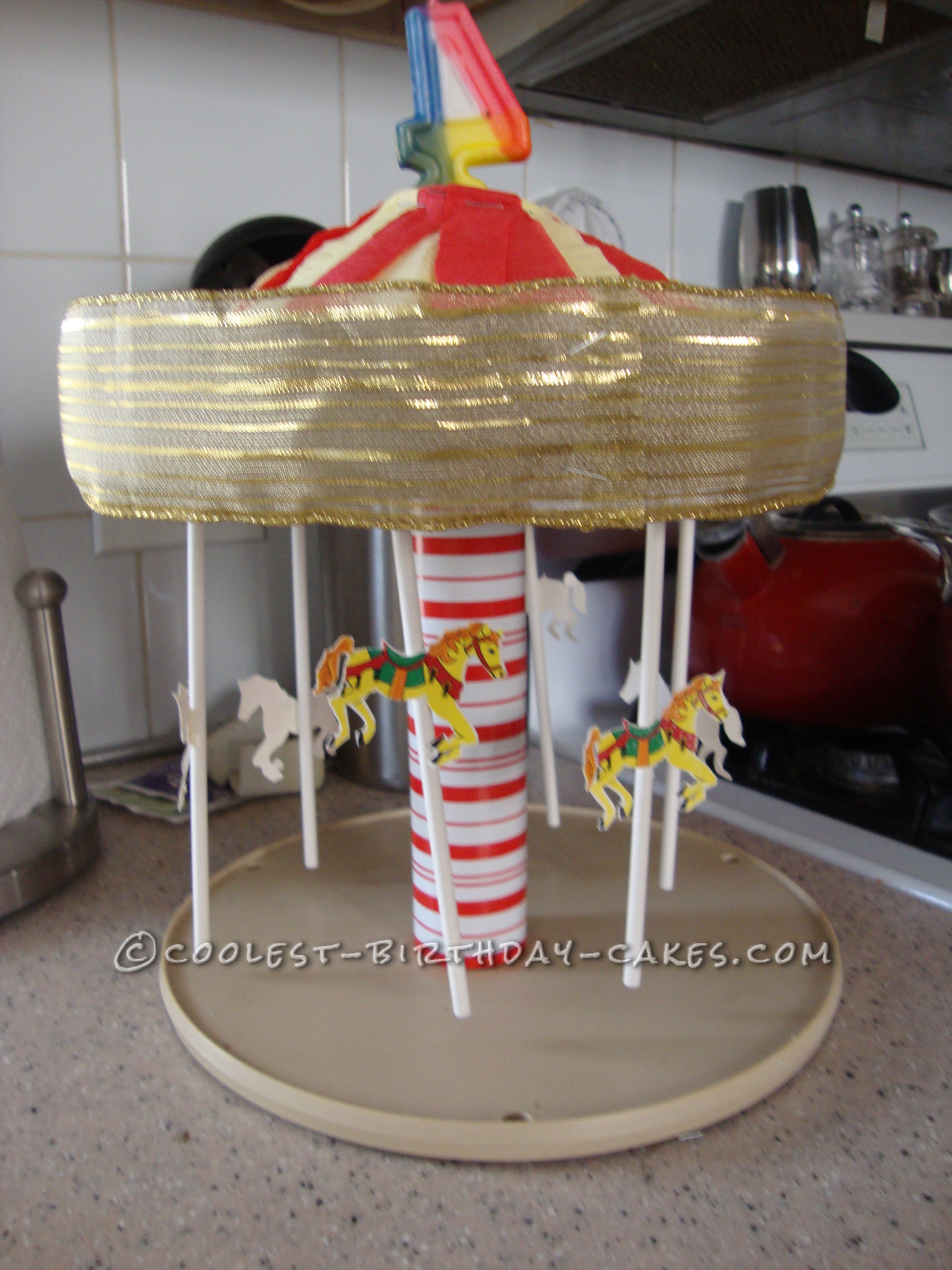 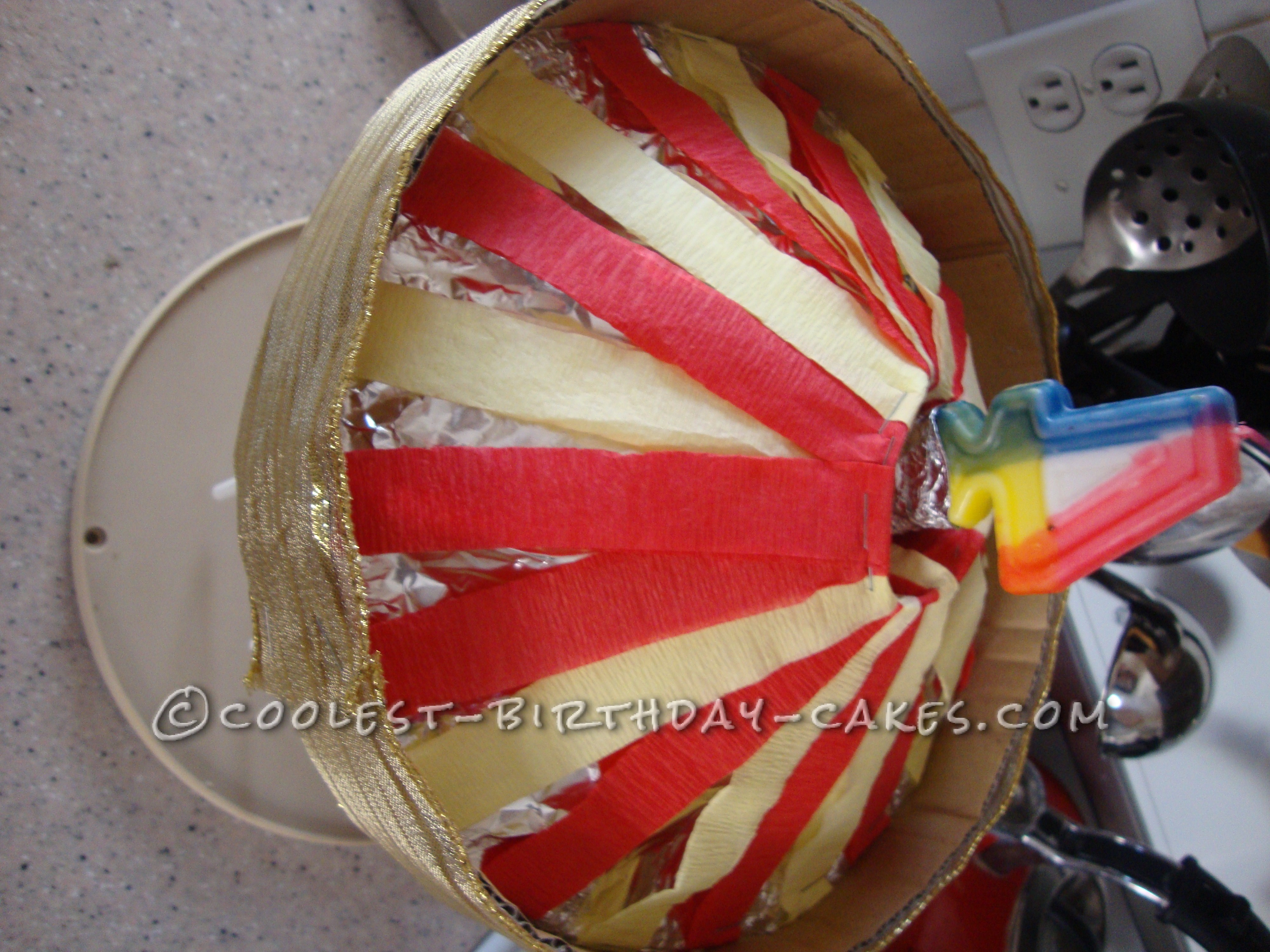