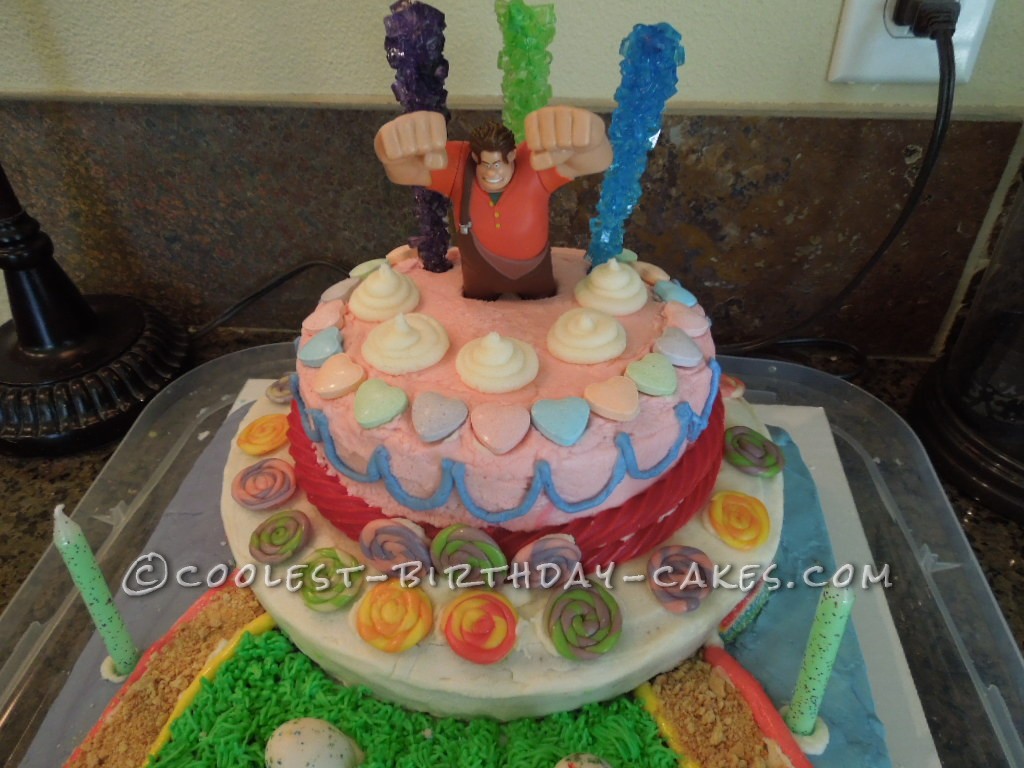 My daughter wanted a Wreck-It Ralph cake with emphasis on the SugarRush game from the movie.  There were not a lot of examples out there for me to go off of so I sort of had to wing it. I started with a white cake base (11×16) and used an 8″ round and a 5″ (I think) round for the top layers in chocolate cake.

I used a buttercream frosting for the whole cake and crumb coated it so it was easier to handle.  Once I had the cake shaped how I wanted, I started decorating with various candies and also made a “race track” with graham cracker crumbs. I used a variety of candies that ranged from Red Vines to Laffy Taffy, salt water taffy, Sweet tarts, Rainbow sour strips, Easter Dots and Tootsie Roll Fruit candies.  To make the round swirled candy, I softened Tootsie Rolls, taffy and Starbursts in the micro, twisted them together and shaped them myself.  I bought Ralph from Target and placed him on the top layer.  When the kids arrived, he had done a face plant which was pretty funny!  It turned out OK because the frosting was pretty stiff so it was an easy fix and it got a few chuckles. =)  It would have been nice to have Vanellope Von Schweets but the only figurine I could find was fairly large and it would have taken up the majority of the space on the cake.

The kids had fun and enjoyed all the candy on the cake.  Surprisingly, no one had THAT bad of a tummy ache when it was over!!!  It was A LOT of candy! 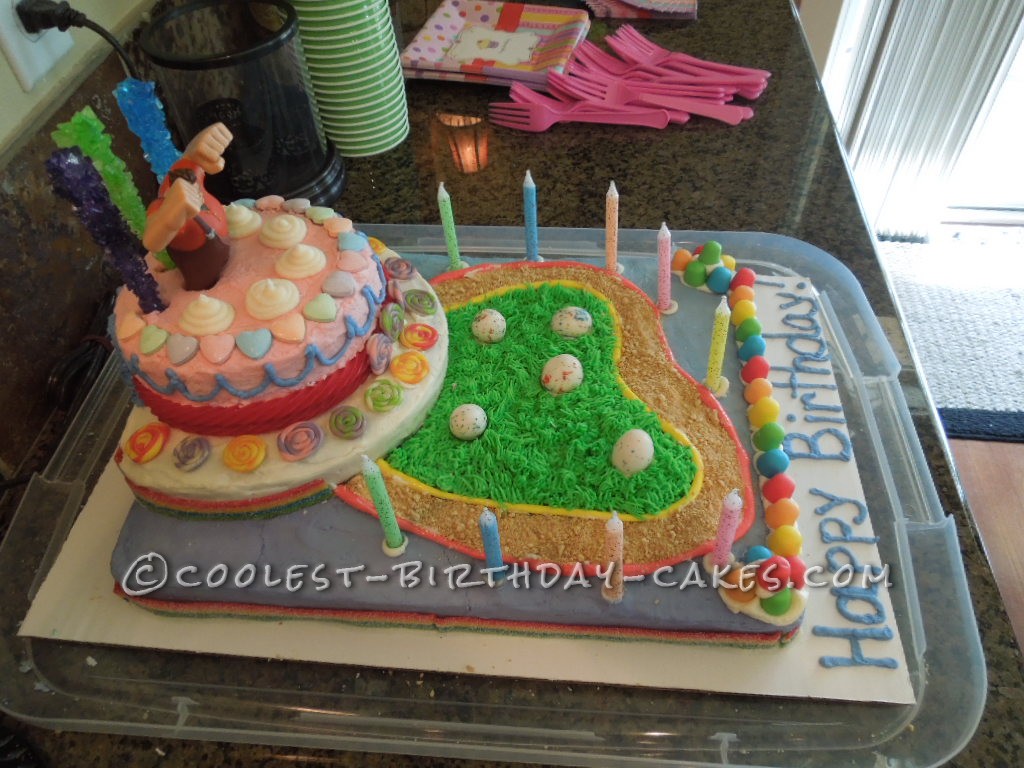